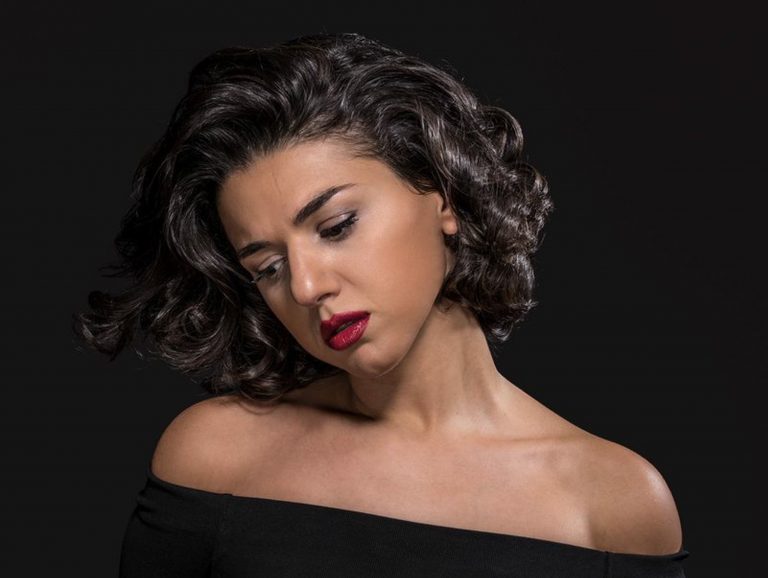 TWO CONTRASTING EVENINGS AT THE BARBICAN

German diva Diana Damrau in her last slated concert of her Strauss LSO residency was to appear on 31st March at the Barbican. She had programmed the world premiere of Iain Bell’s song cycle The Hidden Place (2009) and the closing scene from Strauss’ conversation piece Capriccio. However this was not to be. An hour before curtain up Damrau announced on account of the deteriorating condition of her voice due to a cold was such that she could not perform that evening. The conductor Gianandrea Noseda explained this to a disappointed audience and explained what would now take place instead. He emphasized how after discussion just twenty five minutes before the scheduled start of the concert the leader of the LSO Roman Simovic agreed to play the solo in Tchaikovsky’s evergreen Violin Concerto.

The concert began with an excerpt from the closing scene of Capriccio. This was originally scheduled to end the concert but now the so-called Moonlight music formed an appropriate prelude to the Tchaikovsky. Written in Strauss’ typically luxuriant mature style the dynamics were handled subtly with restrained climaxes.

And what can one say of Simovic’s star turn in the Tchaikovsky. He was called on to perform one of the most challenging concertos in the violin repertoire with no rehearsal whatsoever and what’s more he dispensed entirely with the score.

The result was a white hot account such as I never heard before with his orchestral colleague and conductor holding on to his every note. It was a miraculously successful performance that much more unbelievable by its sheer unexpectedness.

The second half of the concert could quite easily have become an anti-climax bringing together two early tone poems of Strauss Don Juan Op. 20 and Till Eulenspiegels Op. 28. Here the LSO with Simovic back as their leader was in top form. With the premiere of Don Juan in 1889 the twenty-five year old composer was catapulted into overnight success. The two early tone poems are very similar in orchestral writing, colour and vividness. Although they share a similar narrative their topics are very different. The opening of Don Juan is fiery and sexual pre-echoing the much later opening of the opera Der Rosenkavalier. The playing was full of sharp contrasts and lucidity and the LSO was on technically top form with their leader Simovic again impressive in solo passage work.

Till Eulenspiegel took the audience on a roller-coaster ride introducing the fairy-tale of Till and his pranks. From the market to the church and then to the academics there was much humour in the playing. The funeral march and execution were vividly etched. This brought an end to an outstandingly vital and unforgettable evening. Despite the back stage drama this was a highly satisfying concert with the star of the show quite easily the resident orchestra itself and its fearsomely gifted leader Roman Simovic.

Khatia Buniatishvili, the Georgian star pianist, was a child prodigy and is accustomed to appearing regularly on the world’s largest platforms. Her appearance on stage is eye-catching to say the least. Draped in a fetching crimson gown she entered the stage to rapturous applause. Judged by this reception (and the irritating needless applause between movements) she clearly had the audience eating out of her palm.

Buniatishvili was born in 1987 in Tbilisi giving her first concert at the age of six. She has gone on to an international career working with many of the world’s greatest orchestras and has secured a recording contract with Sony.

So what is the fuss all about? Bewitchingly attired and fetchingly postured with hands delicately raised above the keyboard she launched into the first half (or as it turned out the first two-thirds) of her programme. Schubert’s long and demanding last sonata in B-flat D 960 is a monumental work usually tackled by artists at the peak of their careers. Although mesmerising in the luminous shades of piano and pianissimo she was unable to sustain interest through the painfully slow tempi she set in the first two movements. The first movement got its exposition repeat quite unnecessarily prolonging it to fifty minutes. From the opening song-like motif and the interrupted bass trills there were too many agogic distortions resulting in stagnation of flow.

Equally extreme in tempo the second movement was dragged out to a soporific fifteen minutes (average should be not more than ten). There was not much delicacy in the Scherzo and the last movement was hectoring rather than spirited.

The interpretative challenges of the first half over Buniatishvili could now relax and dazzle with what is her true metier. The three Schubert-Liszt transcriptions suited her brand of piano playing rather better. She displayed a fine singing tone in the Serenade and technically she was completely equal to the challenges of Gretchen and Erlkonig.

Mazeppa, one of Liszt’s most difficult Transcendental Studies received a whole-heartedly rumbustious performance. It depicts Mazeppa tied naked to a horse galloping deep in to the Ukraine where he is rescued by Cossacks who make him their leader. Here the pianist succeeded in pulling out all the stops with runs in thirds and staggering double octaves.

The official programme ended with the very familiar Hungarian Rhapsody no. 6 in D flat major by Liszt. This was given a high voltage performance with rapid fire octaves in the friska section. Two encores followed. The friska section from the Second Hungarian Rhapsody hyped up by Horowitz and the Georgian herself. She left the stage with an abbreviated version of Schubert’s sublime Impromptu in G flat from the first set leaving the audience clamouring for more.