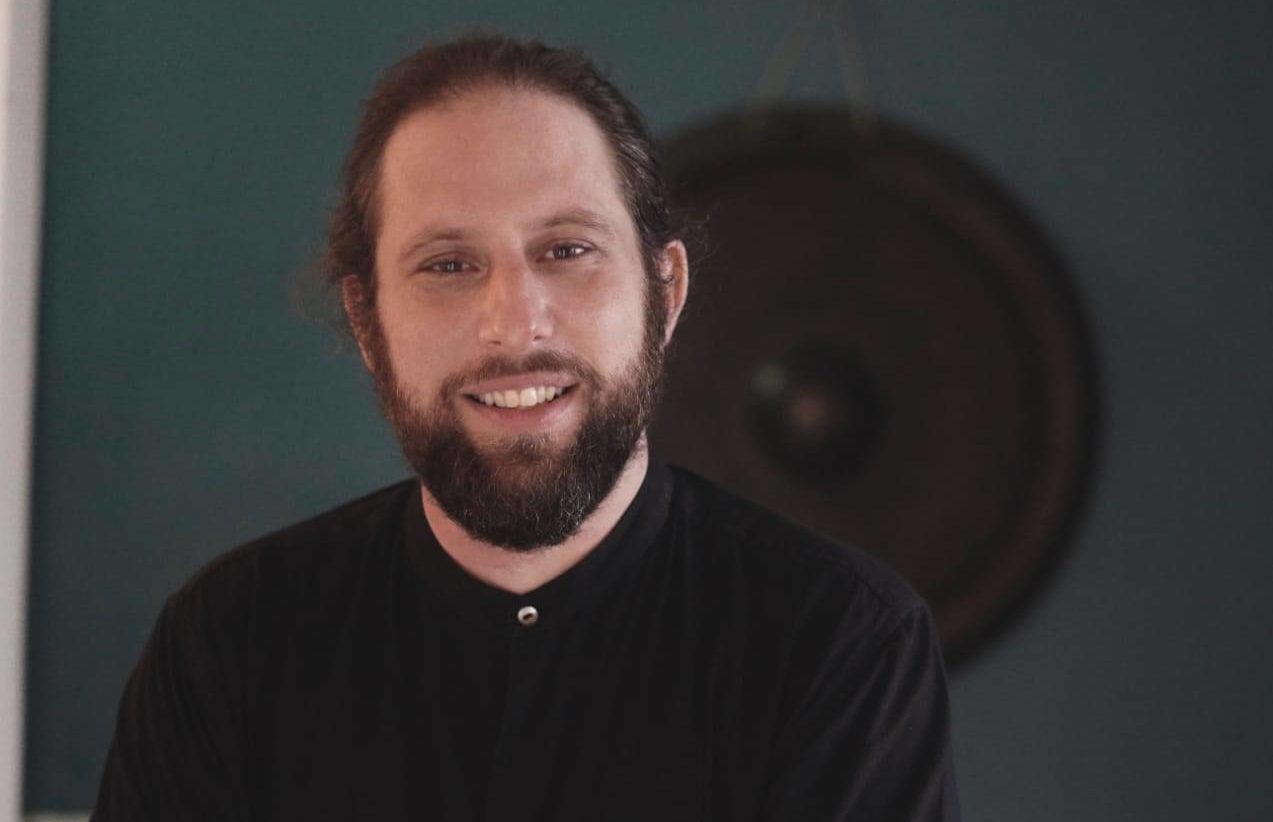 To Maestro With Love

Do you remember when we first met? It was an evening, end of October 2016. We had come down with The Bangalore Men to Calangute, to perform our Schubert-programme, and we were expecting you to be in the audience. We hadn’t really interacted or met, I had only heard about the Mysterious Maestro, living in Goa and doing wonders for the Western classical music scene there. You sat on the first row I remember, looking expectant, and it was not without some added feeling of nerves we performed that night. Your presence I think made us try extra hard! After the concert, we were formally introduced to each other, and eyed each other in the way that perhaps musicians do when they first meet. Exchanging thought on the repertoire, on the venue, on the acoustics. All cordial but a bit lofty and hesitant. We all went out for dinner after the concert, and after indulging in Goan food, paired with suitable beverages, things started to become a little more casual. You literally let your hair down! We started to exchange ideas, visions, struggles, challenges – and suddenly it was like the magic of music built invisible bridges – me from cold Sweden with my somewhat conservative ideals for choir and repertoire – and you with your desire to create new, for fusion and for experimentation. Somewhere in the middle, we met – with mutual respect and understanding for our creativity and our passions.

The choir and I left back for Bangalore, and after that you and I were sporadically in touch. The courteous “likes” on various platforms, and the occasional message or call. Then in beginning of 2017, I met representatives for an Italian and a Brazilian choir – who had grand plans to bring their singers to India to perform the Mozart Requiem and wanted to collaborate with us in Bangalore and with you in Goa. Deep down I thought – this is going to be a massive undertaking – brining down one choir from Italy and one from Brazil – impossible! How wrong I was. The plans indeed materialized, and in February, you came to Bangalore with members from the Goa University Choir, and together with the singers from Italy and Brazil, we did a splendid concert. Do you remember how crowded it was to fit all singers? And how we both enjoyed being part of the choir – instead of as usual being in front of it? I remember your witty jokes and the fun we had at the dinner afterwards, where we solidified that we must continue our collaboration. And I think, Santiago, that this was really your signum – to generously give, to collaborate and to earnestly want to make a difference, not for your own ego, but for the growth of our art and for the joy of people.

In the end of 2017, you reached out for another musical collaboration, to perform Palmer’s Misa Tango at NCPA, with the Symphony Orchestra of India and your choir. I was of course thrilled, first and foremost about that you actually felt that our little choir was good enough to participate in the concert, but also to be able to sing a piece that was close to your heart and part of your musical tradition and heritage. You gave us another sign of your generosity during the concert at Prithvi Theatre, where one of our guys had managed to misplace his file with music and couldn’t find it just before going on stage. You very casually said “Take mine, I know it” – without any scolding, bad temper or putting the singer down. However, whenever we met for our future collaborations you asked him “Ey, you have your file?” with a twinkle in the eye! This how you were – down to earth, helpful and understanding – yet always demanding excellence and full commitment.

Your magnificent brainchild in India, was of course the Ketevan Sacred Music Festival, which you curated and executed with magnificent skill. We spoke a lot about it, and I was so happy when you offered us a concert during the 2019 edition, just after we had again met at NCPA for two performances of Beethoven 9 and his Choral Fantasy. It was also during this edition of the festival we presented the Misa Tango to the Goan audience, and we also started to talk about taking the production to Bangalore and make a recording out of it. You also shared your ideas about a choral festival at NCPA, where you wanted to invite choirs from around the world, to come and be part of our choral journey in India. It was important to you to show, that “we Indians” had come a long way in our musicianship and to create new and lasting bonds with artists and choirs outside of India.

2019 was also the year I introduced you to Maria Forsström and Lena Moen, both singers and vocal coaches from my native Sweden, and you very enthusiastically invited them to Goa for master classes with the choir and with individual singers. Both Maria and Lena remember the small outing you took them on while in Goa – that year in June it was POURING, do you remember? However, spirits never went down – and with both Maria and Lena you formed a bond of friendship and musicianship, and we had joint plans to bring them down again and have them be part of our various projects.

Later during the same year, the NCPA celebrated 50 years, and we were invited to come and sing. Unfortunately, I myself couldn’t travel, but you insisted I “send some guys” – and you looked after them as if they were part of your own choir. They still talk about it, and how happy and comfortable they felt!

As we know, Santiago, the 2020 choral festival was not to be. Together we decided, with heavy hearts to postpone (not cancel – postpone) the event, until times were back to normal again. The festival would have been yet another landmark achievement in your relentless duty to create and promote good music. I felt humbled to be by your side on this remarkable journey.

We spoke in January 2021; you were in the middle of the final preparations for Ketevan of the year. You asked if we could be part of it – and you again reiterated the importance of your will to want to give us a platform to perform and for visibility. Unfortunately, we couldn’t take part, in what was to become your last earthly project.

On May 1st, you posted an emotional update on Facebook, regarding the battle you were fighting. We all prayed for your speedy recovery, and that we would soon be able to tread new and exciting musical paths together.

It was therefore such a shock for all of us, to learn that you had celebrated your heavenly birthday. Too soon, Santiago! We still have so much to do! So much to create and so much to sing!

Now, you conduct the heavenly choirs and sing with the angels. We will continue your work here on earth, and we will see your wit in the sparkling stars, your passion in the thunder and lighting and your joy in the shining sun.

We miss you, Santiago!