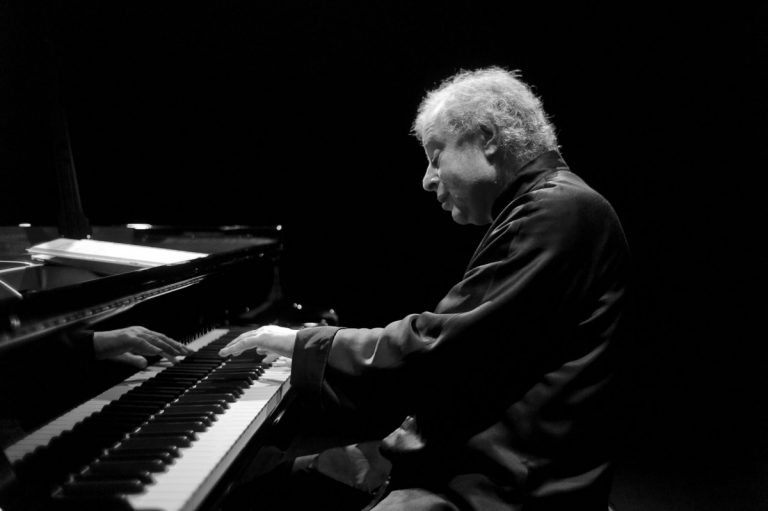 The Orchestra of the Age of Enlightenment (OAE) is a resident British orchestra at the Southbank Centre in London. Although its leadership is rotated between three musicians it was formed by a group of period instrumentalist players and has no principal conductor or music director. This gives the flexibility to work with some of the world’s greatest musicians including Sir Simon Rattle, Vladimir Jurowski, Ivan Fischer, John Butt, Sir Mark Elder and András Schiff. Sir Roger Norrington and William Christie are Emeritus Conductors.

Written in 1849 an unusually productive year Schumann’s Konzertstück for Four Horns and orchestra is an extremely rare piece. It is in effect a continuous three movement concerto with a lively opening followed by a beautiful Romanze and boisterous finale. The inspiration for this piece was Schumann’s love of Baroque music specially that of Bach leading him to create a sort of concerto grosso with the four horns playing variously as a four part choir. The newly invented valve horns (as opposed to natural horns)  also called Ventilhorner were now able to play all the notes in the chromatic scale with equal ease. This was not the case with the natural horn which could only manage traditional patterns around the harmonic series (hunting calls and military fanfares).

I first heard this piece in a recorded performance by the Chicago Symphony Orchestra forces conducted by Barenboim with soloists led by Dale Clevenger more than thirty years ago on DG. It made an immediate impression on me and I grew to love the piece greatly. The present performance while lacking the polish and sheen of the recorded one did much to put the music into better perspective. The horns used by Schumann’s soloists in the 1840s were still relatively new instruments and the fanfare-like figures were often a little scrappy. However the long lyrical lines were beautifully spun and interjections tossed between the four horns in lively manner as if spontaneously. Kudos to Roger Montgomery and his three henchman Martin Lawrence, Gavin Edwards and David Bentley for presenting and pulling off this rare master piece of Romantic rarities.

Schumann’s Symphony no. 4 in D minor op. 120 brought the long first half to a close. We heard it in its final published version of 1851 as orchestrated by Schumann himself and as published in 1882 by his wife Clara in her husband’s complete edition. The symphony however had originally been completed in 1841 and was received poorly by both critics and public alike. Johannes Brahms who had been instructed by Clara with preparing the symphonic work of her husband for publication greatly preferred the earlier version of the symphony. This led to a rift between the two and despite Clara’s objection Brahms published the earlier version in 1891.

The 1841 version used Italian titles while the later one used German tempi even toying with the idea of dropping the symphony label and calling its instead a symphonic fantasy. This received an intense and broad performance with beautifully dovetailed wind lines in the second and third movements. This was no ordinary performance and we were reminded time and again of the lucid textures prevalent in the day by this historically informed ensemble.

Directing from the piano with no score or baton Schiff now took on Brahms’ dramatic and serious piano concerto no 1. In 1854 Brahms began scoring it as a sonata for two pianos and then transforming it in to a four movement symphony. Brahms consulted friends regarding detail of orchestration and sent the symphony movement to violin virtuoso Joachim who evidently liked it. A year later he finally struck upon the idea of reworking some of the music into a concerto. The final product was premiered in Hanover and Leipzig in January 1859 and was a dismal failure.

The stormy first movement full of dissonance with heavy use of arpeggiated chords and trills adhered to sonata form. To audiences of the time it must have sounded very modern indeed. The slow movement in D major was beautifully introduced with the theme in the bassoons and the rondo finally taken at a slower pace than we hear it with modern instruments bringing the work to a crisp conclusion. Schiff played a Blüthner piano from 1960 and its lovely singing tone was shown to advantage in the encore, the A major intermezzo from op. 118.

Schumann’s third symphony in E flat major op. 97 is his last composed symphony although not the last published. It was inspired by a visit to Cologne and composed in the end of the year 1850. Schumann himself conducted its premiere in early 1851 in Düsseldorf to mixed reviews.

This by and large happy work was inspired by a visit he and Clara made to the Rheinland where Robert got his first glimpse of Cologne’s mighty Gothic cathedral which had been abandoned incomplete in the 15th century. It is a vast construction, the largest Gothic church in northern Europe with the largest facade of any church in the world.

It is all together a happy work in five movements the fourth of which represents church-like wind and brass groupings playing weaving polyphony in the manner of a choral work.

Brahms’ Piano Concerto no. 2 in B flat major op. 83 is separated by a gap of 22 years from his first. It premiered in Budapest in November 1881 with Brahms as soloist and was an immediate success. It is scored in four movements unusually rather than the three typical of concertos of the Classical and Romantic periods. Schiff rose to the technical demands of the highly virtuosic material throughout. There was an intimacy of chamber music like interplay as for instance in the simple solo horn call of the opening movement. Textures in the slow movement with a beautiful melody for the principal cellist were ravishing. Schiff thanked the audience with two encores, a Brahms Intermezzo from op.117 and a piece from Schumann’s Scenes from Childhood.

These two evenings of mid 19th century high German Romanticism was a revelation. To play the music as it was heard by audiences of its day requires a skill in execution specially honed to a very high level. Bravi tutti!