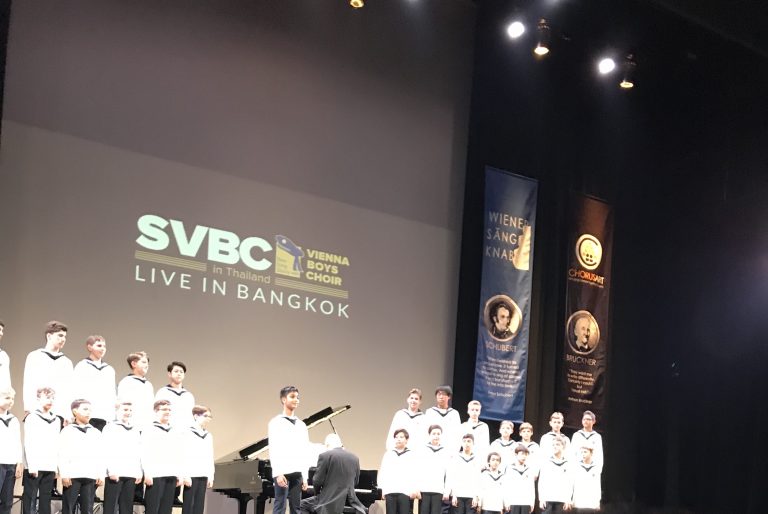 It’s been quite a journey

Rishan Bhatnagar is the first child from India to be in the over 500 year old Vienna Boys’ Choir. After spending four years with the group, he is set to graduate in a few months and looks back at his extraordinary journey.

“This last year has been different from the first few. I’m now the oldest, the senior most, and I feel more responsible.” says the 13 year old, trying not to laugh at his sister pulling faces at him from across the room. “When I used to be on stage a few years ago, I felt a bit lost, didn’t always understand what was going on. I like it a lot more now.” It’s amusing that he thinks that, because he has always been the consummate professional, looking completely at ease when performing on stage since he was six years old.  It’s been four years since Rishan left his family in Gurgaon as a nine year old, tiny in size, but gigantic in ambition, to join the Vienna Boys’ Choir. He’s now taller, speaks fluent German, has a deeper voice, has travelled the world, but still has a childlike air about him, particularly when teasing his little sister! The first child from India to be selected to this prestigious choir that originates back to the late 1400s, it has been an exhilarating four years for him as he completes his final year with the group, graduating from the choir in June 2019.

The Vienna Boys’ Choir is one of the most famous boys’ choirs in the world, consisting of boy sopranos and altos. The choir of about 100 boys is split into 4 groups – Haydn, Mozart, Schubert and Bruckner – who tour and perform around 300 concerts a year in Austria and globally. The official residence and school for the choir is at the Palais Augarten in Vienna, where they rehearse, attend academic lessons, live and even perform for visitors to the palace. Many of their concerts are within Austria and short haul destinations within Europe, but each choir has a tour semester each year where they spend three months on an international tour performing almost every single day in various countries during the time. Rishan was eight years old when he was noticed by the Director of the Vienna Boys’ Choir, Gerald Wirth, during a workshop with the Mozart Children’s choir, of which Rishan was a part. Mr. Wirth invited Rishan’s family to Vienna to let Rishan decide if he would like to be a part of the group. Ambitious from a very young age, Rishan convinced his initially reluctant parents to let him try it for a few weeks. They visited Vienna in April 2015 and when the fortnight was over, Rishan said he wanted to continue. He has been a part of the Haydnchor (Haydn Choir) since and went on his first tour in 2015 to China, Hong Kong, Singapore and Taiwan. He completed his last international tour at the end of March 2019 in the U.S. before coming home to Delhi for a short Easter break. His last few months in Vienna will be spent performing in Austria and finishing up his school term before he graduates in June. Accompanied by his friend, Stephan, who also sings with him in Haydn Choir, they spend their Easter break here in Delhi relaxing after their hectic three month tour. Eating junk food, playing football, and going sightseeing. Stephan is a year younger, and will graduate from the choir in 2020, and though he is just a child, goofing around and making jokes, there is a startling clarity and determination that is apparent with many of the boys in the choir. His Romanian family, and particularly his mother, has a great love of Bollywood movies and Stephan watched Veer Zaara when he was just four years old. He has been obsessed with Shahrukh Khan since, watching all the superstar’s movies, listening to his music (and playing it expertly on the piano!), and admits that he will probably cry if he ever got to meet SRK in person! He discusses his plans of when he graduates from the choir next year, planning to take acting lessons alongside high school, learn Hindi, and join Bollywood! There is much laughter between Rishan and him when Stephan returns from a visit to the mall, brandishing his latest acquisition – a Tshirt with a picture of Shahrukh Khan and him. Since he could not meet his idol, a visit was made to Madame Tussauds in Delhi to get his picture taken with SRK’s statue, and he promptly has it printed on a shirt. 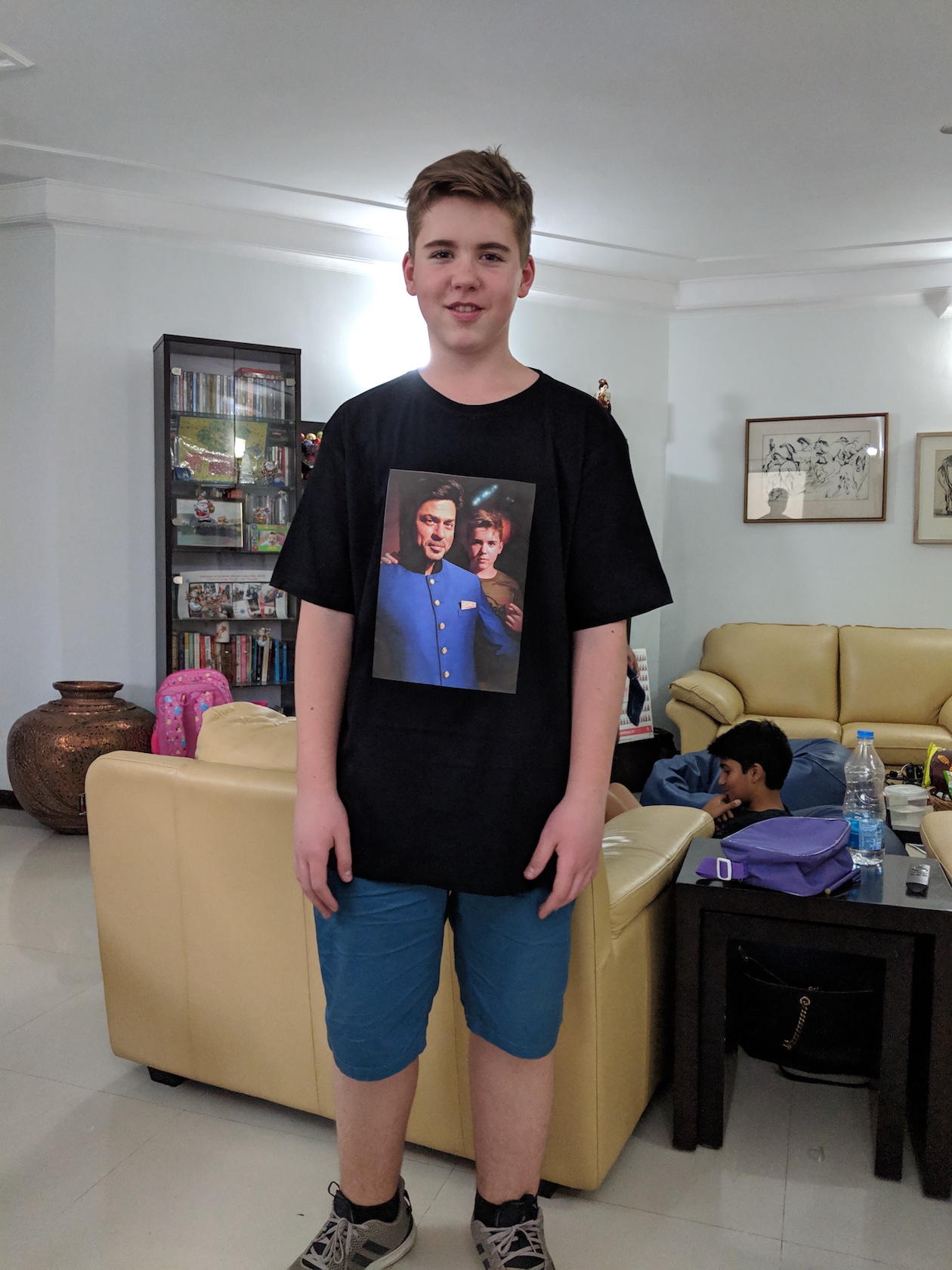 As with any boarding school, it is his friends and the city of Vienna that Rishan admits that he will miss the most when he graduates, as well as getting to perform with the choir. After hundreds of concerts, getting to perform with the Vienna State Opera and the Vienna Philharmonic Orchestra, tour the world and perform to packed concert halls, it is understandable that a move from that stage will be hard. But the hectic tours and waking up early to travel to the next place is what he won’t miss, as he admits to getting quite tired on the international tours, even if it is fun to see new places and people. Japan has been one of his favourite places to tour, “The people are really warm and friendly. And I loved all the theme parks and Disney and Universal!” The boys are used to a great deal of attention, signing autographs, getting gifts from fans and Rishan has had a faithful fan over the years in a Japanese girl who posts regularly about him and the Haydn Choir and came to Korea and the U.S. to see them perform. “She gives us really nice gifts and is always so happy to see us. She made a sketch of me!” His young friend, Yash, peeks over his shoulder at the drawing and chuckles, “She’s made you look better than you do in real life!” There’s been so much music he has been exposed to, “I love some of the masses we have sung. And yes ‘The Magic Flute’ with the Vienna State Opera.” The choir also sings some popular songs from musicals like Sister Act and one of his favourite songs to perform over the years has been ‘Oh Happy Day’, one of the many solos he has sung in his time with the choir. It is likely he also enjoys that piece because they get to dance, all of them flossing vigorously in their rendition of the song! “I do love performing and doing some choreography along with the singing, it’s a lot of fun!” And the boys do have a lot of fun on stage. They can often be seen with wide grins on their faces, obviously enjoying the performance, but also looking like there’s an inside joke. “Nope, I can’t tell you what we are laughing about! That’s classified.” he says solemnly. He was so young when he left home and though his mother does remember him getting homesick, Rishan looks horrified at her for divulging this, claiming it is completely untrue. When asked about his reputation as being kind and looking out for some of the younger boys, he hangs his head in embarrassment, glaring at his mother for ruining his reputation. Typical teenage behaviour! He changes the topic by scolding his younger sister, who he promises to annoy every day on his return in a few months. After having lived in Vienna for a few years, he is going to miss it, but his parents have promised him a trip each year to meet his friends and spend some time in the city. “I’ve never really thought about being the first Indian in the choir. I just enjoy singing and do what I have to do”, he says. After a hectic four years with the choir, he is looking forward to come back and just pursuing music as a hobby for a while. “Maybe some musical theatre, let’s see.” he says. Conducting is of some interest perhaps in the future, but at the moment he is just looking to take things easy musically. “The thing I’m looking forward to the most about getting back here is spending time with my family.” His family burst out laughing, and there is much joking about this conversation being recorded and being played back to him in the future. He has a busy few months in Vienna wrapping up his last term, and it is hard to believe that four years have flown by so quickly. And though it is the end of one chapter, he is still so young, and youth comes with endless possibilities. For the time being, he’s looking forward to some well-deserved rest!