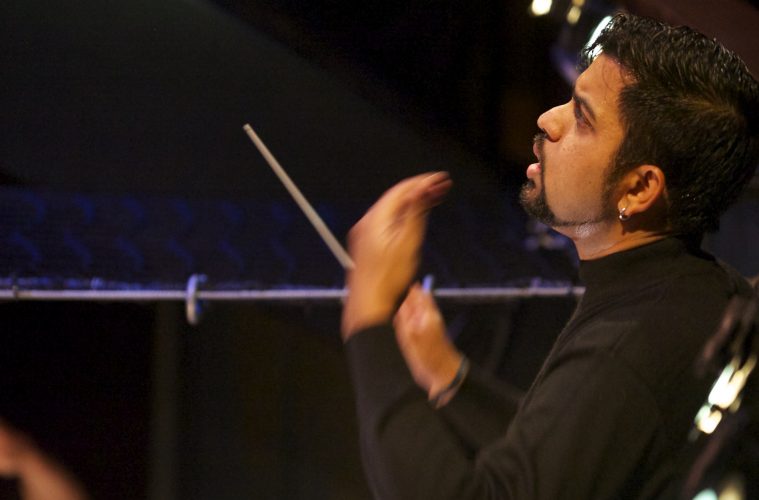 The story of the South Asian Symphony Orchestra is the story of survival during terrible wars and times of strife. However, its message is simple: peace and unity through the universal language of music is fully possible. By Akshaya Pillai

Dr. Ahmad Sarmast was seated in the first row. Months of practice had all boiled down to this hour. On 11th December 2014, amongst the many emotions that overwhelmed the founder of the Afghan National Institute of Music (ANIM), fear was perhaps the last. Somewhere in the midst of a moving performance that his orchestra had put together at the French cultural centre in Kabul, Dr. Sarmast heard a commotion. Before he could make sense of the stir, there was an explosion; a suicide bomb that went off a few rows away from him.

Eleven pieces of shrapnel almost impaired his hearing and that wasn’t the only damage done. He had to return to the ANIM, pick up the pieces and continue his journey into the Afghanistan he dreamt of; an Afghanistan which embraces diversity and creates equal opportunity for everyone. For many like Dr. Sarmast, music remains the only miracle that can help transcend race, religion, language and borders.

Ambassador Nirupama Rao has travelled extensively through her 40-year long journey as a diplomat. She was India’s first woman spokesperson in the Ministry of External Affairs, New Delhi, the first woman high commissioner from India to Sri Lanka, and the first Indian woman ambassador to the People’s Republic of China. She served as India’s Foreign Secretary from 2009 to 2011, after which she was appointed India’s Ambassador to the United States. She has always believed in the transformative power of music, and through her extensive travels, realised that cooperation among the South Asian countries had acquired only a very modest momentum. Ambassador Rao and her husband established The South Asian Symphony Foundation (SASF) which would serve as a doorway between worlds and cultures. “The project is my dream of overriding divisive issues left over from history, to discover our commonalities and our desire for peace and greater regional integration,” she says.

“Coming as we do from this civilisational space that defines us as South Asians, it should be possible to relate naturally to music as an instrument for greater integration and fellow feeling. It is truly a wonderful vehicle for cultural diplomacy – expressing a powerful message of human unity in the language of soft power.”

Terri Hooley’s record shop, Good Vibrations, in Northern Ireland, shape-shifted into a shelter for musicians to escape the Irish Troubles. El Sistema, a publicly financed music education program founded in Venezuela in 1975 by musician turned activist José Antonio Abreu, rescued many impoverished youngsters from lives of drug abuse and crime. And closer home, there is Sufi Sutra, a non-commercial, non-ticketed festival with a motto of ‘Music for Peace, Music for All’ organised by the Kolkata-based organisation banglanatak dot com. Music has often been a platform that people turn to when looking for hope. Ambassador Rao too, intends to use the medium of music as a bridge-builder. More so with the South Asian Symphony Orchestra (SASO) where each and every one contributes, is involved in constructing harmonies and works as one team.

In his speech delivered after being awarded the Polar Music Prize, Dr. Sarmast calls his institute the happiest place in Afghanistan and for him, music and music education is the most powerful force. Arson Fahim, a young Afghan who says that hearing a piano played for the first time opened a door for him when life was dark and airless after years spent as a child in a refugee camp, and Amanullah Noori, all of thirteen, were amongst the many participants from ANIM, who gathered at the Good Shepherd International School last August, to make music and build lasting friendships. The workshop – a collaborative effort between the newly formed SASF and the Good Shepherd International School in Ooty was a one-of-its-kind experiment.

Music as haven and healer

Arun Rozario, who had the wonderful experience of working with SASO during the week-long workshop for the students, holds the project close to heart. “I was able to spend time with extraordinary people who practiced and taught Western classical music, in fear of losing their lives for doing so, from war-torn parts of the world and this inspired me to expect more from myself,” he says.

Rozario was in Bengaluru when he was invited by Princess Urmila Devi to attend a moving recital of peace songs offered by Ambassador Rao and a few others for the launch of the SASO. His first thought was that the SASO was a very ambitious idea that was steeped in sincerity to fulfil its duty of wanting to employ music for peace.

“I am glad to see how far it has come in such a short while. As a musician, I have always associated music with peace on a spiritual level. However, SASO is promoting peace on a humanitarian level by holding up a torch in the form of music.”

One of the young boys, a gifted pianist who attended the workshop, received a sponsorship for his musical studies soon after his performance. “When I spoke to this boy earlier, he told me about how he used to come home from school in his country and compose music endlessly. He was even threatened with his life when he fervently continued to pursue Western classical music. For me, this was a boy’s life being saved by the power of music,” says Rozario.

Chiragh, a concert by the SASO which will be performed later this month at the NCPA, aims to promote cultural diplomacy through music, among the eight nations of South Asia. SASO’s musicians are drawn from civil war-torn Afghanistan, Bangladesh, Bhutan, India, Nepal and Sri Lanka. Their youngest player is barely into her teens. The concert featuring classical works by Beethoven, Bizet, Brahms, Mozart, Puccini and Felicien David will be conducted by Houston-based Viswa Subbaraman. Sri Lankan-born Tharanga Goonetilleke of New York will be the vocal soloist. “From even the distribution of the music we will be performing, it can be quite the challenge. But beyond that, it’s also a matter of access. I’m constantly surprised by the level of progress in business, technology and infrastructure in South Asia but I am also amazed by the lack of access to things we take for granted in the West. For example, if your instrument breaks, who can fix it? Is there access to the reeds, the instruments, the strings, the valve oil, etc. that it takes to consistently play at a high level? Access to professional level teachers can also be a challenge in parts of South Asia.”

For Subbaraman, his mentor conductor Kurt Masur, who was instrumental in the reunification of Germany, was one of the biggest reasons he wanted to be a part of SASO, and the fact that music and musicians do not have the same respect in society in South Asia that they do in Europe. “Historically, artistes have often been on the forefront of driving revolutions. When you look at Dr. Sarmast’s work in Afghanistan, he kept his music school open in spite of the Taliban and other outside pressures. It is difficult to perform music without developing harmony – both in the music and between performers. It is one reason that music so easily builds bridges between people,” he says.

Marialena Fernandes, pianist, performer and educator, remembers the phone call in 2016, when Ambassador Rao first discussed a South Asian foundation to spread peace through music. It came as godsend for Fernandes as it only stimulated the vision she had been pursuing for a long time. Performing in Mumbai is special too. Having travelled the world often enough, Fernandes is convinced: Mumbai is and will always remain for her, not just her hometown, but the most exciting and exhilarating city ever.

“If there is any city in the world that can help transcend race, religion and language, then it is Mumbai. A city bursting with interculturality and diversity.”

The South Asian Symphony Orchestra will perform on 26th April at the Tata Theatre.

This piece was originally published by the National Centre for the Performing Arts, Mumbai, in the April 2019 issue of ON Stage – their monthly arts magazine.