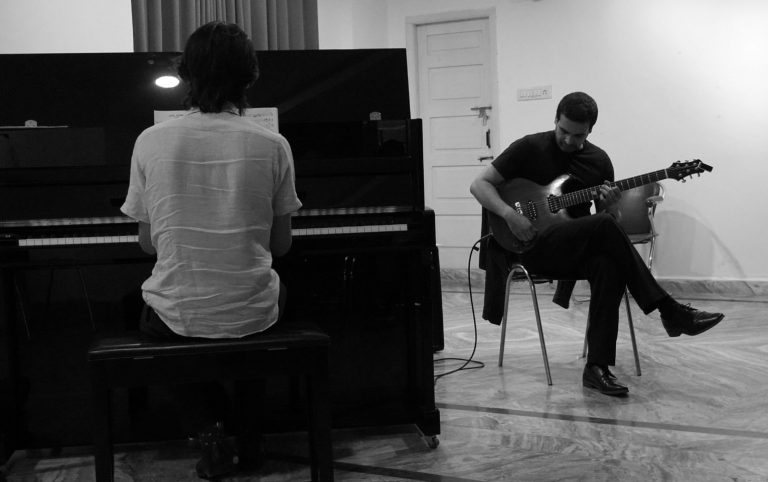 ORIGINAL MUSIC FOR PIANO AND GUITAR

The concert was like a series of controlled conversations between two good friends who happen to be very intelligent; who discussed their thoughts, feelings, and ideas respectfully and openly on a variety of subjects. They asked and answered questions and exchanged news and information in a way that was civilised and engaging.

The conversations were conducted by Aman Mahajan and Nishad Pandey, two creative musicians – in the medium of music. It was like two people talking to understand each other and to create shared meaning. There was no flirty banter or malicious gossip, arguments, debates or awkward silences, yet there was humour and a lightness of touch to the conversations. 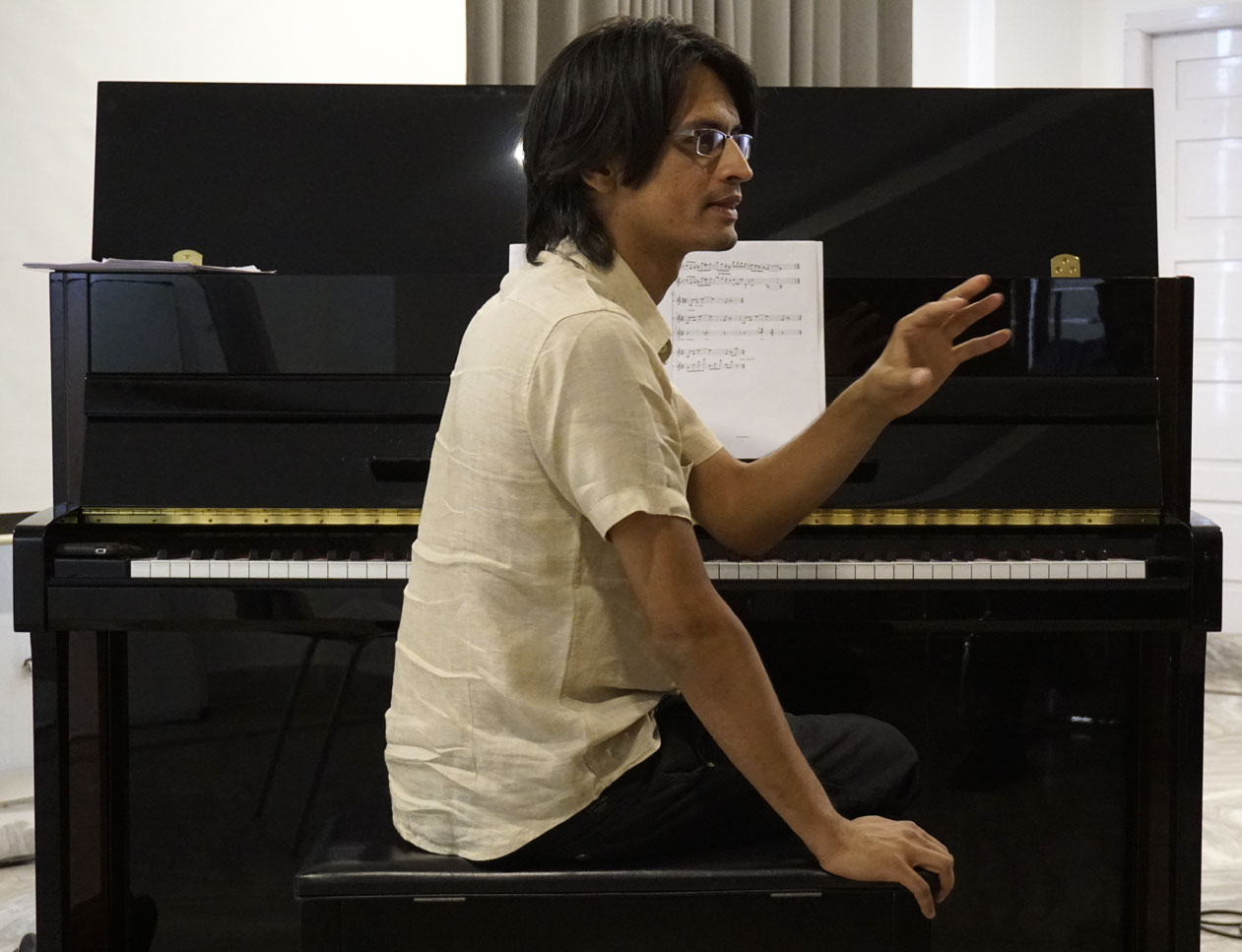 And what were the conversations about? Well, they were about real and imagined worlds; a pastiche of sounds from Indian and European music; they created musical conversations and improvised on subjects, pictures, and Zen like tales, they made up melodies on the spot, they entered uncharted and varied terrains and met creatures of those areas, they explored rhythmic patterns and developed themes around them; they conversed about machines communicating with one another, and they played a lullaby for a snake.

Though the music was very listener friendly and melodious, the music was also very complex, in the sense that this music could be played only by very advanced musicians; who were also extraordinarily proficient at their instruments and had a deep understanding of the theory of music; of compositional technique, of improvisation, and who have systematically studied music. The various techniques that they employed in making the music they made, yet making it sound simple enough for the audience; so that we enjoy it as much as we did was the work of geniuses. And that’s what they were. To give you a few examples of what they did, without us realising it:

In ‘See you in Berlin’, together they harmonised a phrase inspired by Indian music. In another tune they used a ‘phasing compositional technique’, where both the instrumentalists play a phrase of music repetitively but in different tempos. Varying the tempos or the tune very slightly but perfectly coordinating it, although simple sounding, and minimalistic, it demands a great deal of musicality, musical expertise and intense concentration to do this.

In one tune, ‘Simple Machines’, they cross phrased chord progressions, this too was not as simple as the tune sounded, and it was a very appealing tune too. In this, they juxtaposed simple chords with unusual rhythmic cadences in un-traditional ways, more or less like counterpoint, so one could say that they re-harmonised the melody elaborately as only jazz musicians can do to make it sound so good.

In one of their pieces that was completely improvised, where both the musicians plucked a melody out of thin air and took off and conversed intelligently; it was based on a quote by Thich Nhat Hahn which said “In true dialogue, both sides are willing to change”, this held true for the whole concert, where both the musicians conversed in a true dialogue. Both listened to the other. Both the musicians put in their own point of view, simply, clearly and seamlessly. Both brought in interesting ideas which they formed and changed and agreed upon in a dialogue that was impressive.

The Tinctures concert, the first in a series of concerts to celebrate the tenth anniversary of Hyderabad Western Music Foundation was always interesting to the audience, and to paraphrase Van Morrison, Aman & Nishad filled our hearts with gladness, took away our sadness and eased our troubles – that’s what they did.