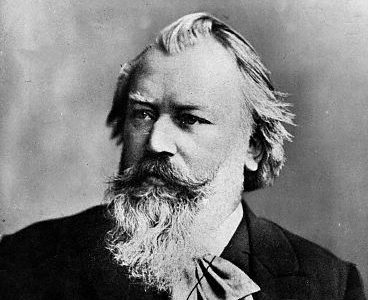 The Titans of Music

Once more the editors of ON Stage have asked me to write in preparation for the forthcoming season of the Symphony Orchestra of India (SOI). This time the task is a singular pleasure. As many of you will already know, this season, we mark our tenth anniversary. The repertoire this season is a true marker of the extent of our journey. It’s a repertoire that reflects a mature orchestra.

The opening concert conducted by Martyn Brabbins features Brahms’s Symphony No. 1 and Paganini’s Violin Concerto No. 1 with Kristóf Baráti as soloist. These great works, the first essay of each composer in each genre, couldn’t be more different. Brahms, the careful, painstaking, ever self-critical, ever self-doubting finally allowed a piece to emerge that had germinated for years. He was 40. Under the watchful eye of Clara Schumann, his mentor, his unrequited love and wife of composer Robert, he finally had put forward a masterpiece that had the two pillars of compositional greatness – mathematical structure and flourishing artistry – in perfect combination. This combination marks and defines the great works of Brahms to such an extent that they, like the works of Bach, can satiate a continuous desire for not only emotions of the heart but the mathematics of the brain. His homage to Beethoven, which we all reference in the great melody of the fourth movement, must be as slight a reference as he could make. His D minor piano concerto, written years earlier would certainly have been his first symphony had he not got cold feet about the piece, about the method, about the key (the key of Beethoven’s ninth still ringing in everyone’s ears) and practically everything else that the weight of Beethoven imposed. It remains a great test of orchestral playing, and is about as mature a first symphony as has ever been written.

The art of a showman

The Paganini, on the other hand, smacks of virtuosity and showmanship. This is exactly the type of vehicle Paganini used for the advancement of his own career. It remains such a piece – a vehicle for the star soloist. Paganini was the original rock star – and his fame, fortune and fan club far exceeded even what the modern world has bestowed upon its icons. Madonna, Streisand, The Rolling Stones, The Beatles and Michael Jackson are those extraordinary figures that have moulded musical perceptions for a continuous 40 years. The first of these was Paganini. It is because of him that the age of the virtuoso came into being. It is because of him that Liszt created a virtuoso space in piano playing. It is because of him that audiences look to virtuosity, sometimes at the expense of sound musicianship. The trend is unmistakable and likely to continue as long as people thirst for spectacle over substance.

The second concert conducted by Brabbins is devoted to Gustav Holst’s masterpiece ‘The Planets’. Once again, an orchestra comes of age if it can play this repertoire. The guide to our solar system in music is based largely on the Roman attributes given to the gods for which the planets are named. So we might expect the “dogs of war” let loose in Mars, in a pulsating 5 beats to a bar. Venus, the bringer of peace; Mercury, the winged messenger; Jupiter, the bringer of jollity; Saturn, the bringer of old age; Uranus, the magician; and Neptune, the mystic, all together create a massive canvas of sound, sometimes vast, sometimes intimate and always atmospheric and tuneful. It is of note that our Voyager exploratory craft has just retransmitted images of the last of our local planets – so, if one is so inclined, for the first time in history, we have detailed colour pictures of these far off worlds, to accompany Holst’s aural tapestry. The uniquely British writing gives a sense of the style of the age, and Holst crafts a language that is reminiscent of Elgar, Walton, Vaughan Williams, Parry and Howells all brought together. The massed forces onstage for this extraordinary piece is a ‘do not miss’ moment in the life of the SOI.

The next concert, which I have the great honour to lead, is devoted to Mahler’s great Symphony No. 1 ‘Titan’. This grand and epic piece is an outpouring of the sounds pent up in Mahler’s mind from his childhood. All his reminiscences have a contrary force, never one direction, always two tugging at each other. His days in Iglau, the German garrison town was surrounded by Czech Moldova – a completely different character. His Jewish antecedents, including his participation in the music of the synagogue, are surrounded by a steeped and guarded Roman Catholicism. The military parades in the town square are in equally stark contrast to the gypsy music of the taverns, and the oppression of poor folk living in 1860 is contrasted by the aspirations of the Viennese empire, its greatness, its opulence, its foibles and its misunderstandings. All of it is represented in this extraordinary piece. It is a gargantuan work, which commands the listener to embark on a journey – one that is at once public and also personal. It is raw emotion delivered in the forces of a battlefield. It is also structured vignettes delivered in silken handkerchiefs and emerald cameos. Out of the first five symphonies by Mahler, this is perhaps the most accessible to the ear, the moment it is played. I hope our audiences will come to it with the passion, the joy and the seized emotion it compels in the musicians onstage.

To pair the work, we have chosen incidental music from Humperdinck’s opera Hansel and Gretel. The music not only complements well, but was for the best part of the 20 years, between 1900 and 1920, performed in the same season, especially in Vienna, under the baton of Mahler, and then Bruno Schlesinger (Walter), as he was then. The fairy tales of the Black Forest, and the underlying Christian mythology that every German child is instructed to carry deep in their being, are not dissimilar to the fairy-tale lands of Mahler, and his epic song cycles, whether about the countryside, the wandering weary traveller or the tragedy of dying children. The sumptuous music in this evening’s concert will leave you breathless, exhilarated and – if we’ve done it right – a little dishevelled and exhausted.

The fourth concert in the season is conducted by Music Director Marat Bisengaliev. It features Elgar’s Enigma Variations, Saint-Saëns’s Danse Macabre and the Grieg Piano Concerto. In keeping with his championing of young talent, Marat introduces to Mumbai a supremely talented young 13-year-old pianist Sanzharali Kopbayev. When I visited Almaty’s famous school for gifted children, in 2014, young master Kopbayev played for me, as a shining example of good tutelage. I’m certain that he will inspire the teachers and the students of our NCPA Special Music Training Programme and spur them on to even greater heights. The Grieg piano concerto – as beautiful to hear as it is famous – is the ideal vehicle to show not only virtuosic technique but ‘turn of phrase’, and a sound musician must learn both to succeed.

An expert on Elgar

Marat has been recognised in musicological circles as an expert on the work of composer Elgar, recording every note Elgar ever wrote for violin, including unofficial scribblings from the great composer’s mind. There is a keen sense of phrase, and when one invests so deeply in investigating a single composer’s music, there’s a transference of that musical phrase in understanding and in practice. Since Elgar was himself a violinist, the temperament in which he thought his music is allied to the temperament in which Marat performs his music. Enigma Variations should be a treat. In spotlighting his own virtuosity, Marat performs the violin solo, leading the orchestra in Saint-Saëns’s vital tone poem, Danse Macabre. The Devil – known by all to be a violinist of sorts – conjures the spirits of a graveyard into frenzied revelry, until they are all cut short by the cock crow and the approach of dawn. This is a great concert for our audiences, as for our students and young musicians alike.

It is with great honour and a sense of higher duty that Marat and I have served the orchestra over the last ten years, and in joint celebration with our Chairman, Mr. Khushroo N. Suntook, we finish this season with a Gala Concert to mark our tenth anniversary. The programme is constructed with a premium on jollity and celebration. Among other works, the orchestra will play Bernstein’s Candide Overture, Johann Strauss waltzes, and other lighter pieces that reflect the tenor of the occasion. We invite all our supporters and well-wishers to join us in celebrating this landmark moment. We hope that with your continued support, we will launch into another decade that takes the orchestra to new heights.

The Symphony Orchestra of India’s 10th Anniversary Season will run from 12th to 30th September at the Jamshed Bhabha Theatre.

Zane Dalal serves as Associate Music Director of the SOI, and is a frequent contributor to ON Stage. He blogs at www.zanedalal.com/blog

This article was originally published by the National Centre for the Performing Arts, Mumbai, in the August 2016 issue of ON Stage – their monthly arts magazine.