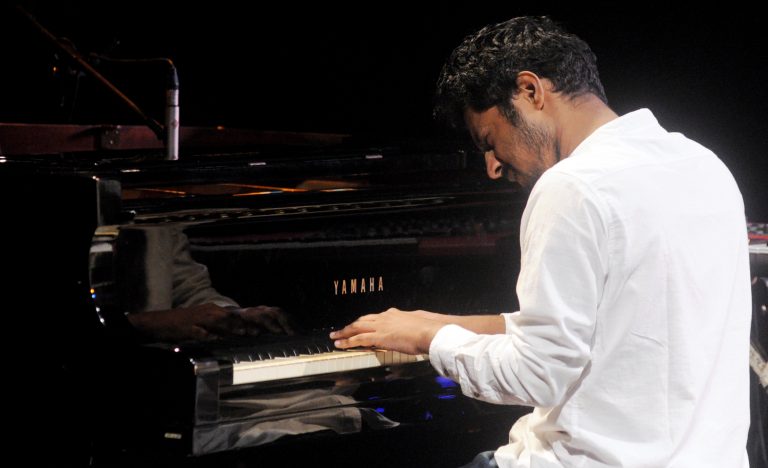 Jazz Pianist, Larry Willis said that “If you take care of the music, it will take care of you.” Something we tend to forget nowadays.

Coming back to India after a two-year-long course at BEPA, Paris, makes you feel entitled to a lot of things. I felt entitled to be playing regularly. That pretty much wasn’t the case. The harsh reality of the ‘scene’ kicks in and a comfortable, regular, lucrative and tempting teaching job awaits you. It’s easy to give in and become an animal of habit.

A performing artist in India is so ill-defined. The art generally gets reduced to entertainment more than a source of inspiration for the audience and you’re inevitably asked to comply. Instead of defining cool, you become the person chasing a definition of it.

It’s difficult finding oneself in this scene. It’s like a community, you gotta be in, you gotta fit in, you gotta be yourself and all of this ain’t necessarily about the music. You can’t fake any of the above, though you have got to believe in these principles. So how exactly do you come out of music school and go about being ‘somebody’.

The main thing is about coming out of a protected school environment; where intellectualism is seen as a chain of preconceived notions. The event, or the moment gets defined and justified to the point that a simple nudge validating that direction leads the observer to a higher understanding of the idea in debate. Subtlety is basically lost on most people. It’s a weird situation where you begin with a naked concept, wrap and roll it in beautiful layers during your education to make it palatable and then you’re pretty much asked to remove all of that and present it in its initial ill-defined form. Performances usually boil down to a time, skill, convenience and compromise related race, where we all think of it to be a hustle more than an exhibition. Honestly, I must admit to have compromised with my art many times.

These are the points in time where I have questioned the integrity of my work. There are some gigs where you’re thinking about the flight the next day and you’re unsure about the next song because you’re reading it from a makeshift chart your friend made; because you didn’t have the time to go through it between three rehearsals and five gigs during that week. You become this machine, this UFC champion, who’s good at mixed martial arts but who has lost touch of the skill he actually began with. You become a ‘professional’, or a ‘sessions musician’. It is a beautiful thing to achieve no doubt, but there’s always that fear of losing yourself. Music can be a corporate jungle that is way too much and it’s not just about the music, it’s Instagram, it’s the stories, the live feed, the handles, the pages – all of this is the superfluous junk that distract you from the ‘music’ in some way or the other.

All of this is important and it helps in defining who you are. I will be stupid to disagree with the fact that the scene teaches you things that a school never will. You’re made to think and execute things in a way you never would. You’re asked to find solutions to things without research. I’m not saying all of this improves you as a musician but it definitely improves one’s confidence. The human race is great at producing narcissists and none more self-involved than artists in my opinion. An imperfect rendition left as a legacy by an artist is far more potent than a perfect idea in your head.

In the midst of being a fairly successful musician in India, I managed to take some time off and visit Europe. I went back to where everything true about myself began. Facing that reality was beyond my wildest imagination. I went back with a different sense of entitlement, the entitlement of having a professional approval and realised that it was the most fake security I had ever earned. Obviously it got shattered immediately and got replaced with the most brilliant sense of naivety. A deep realisation that, to be successful in music, you have to be good at music and that’s it. So going back to the start of this article.