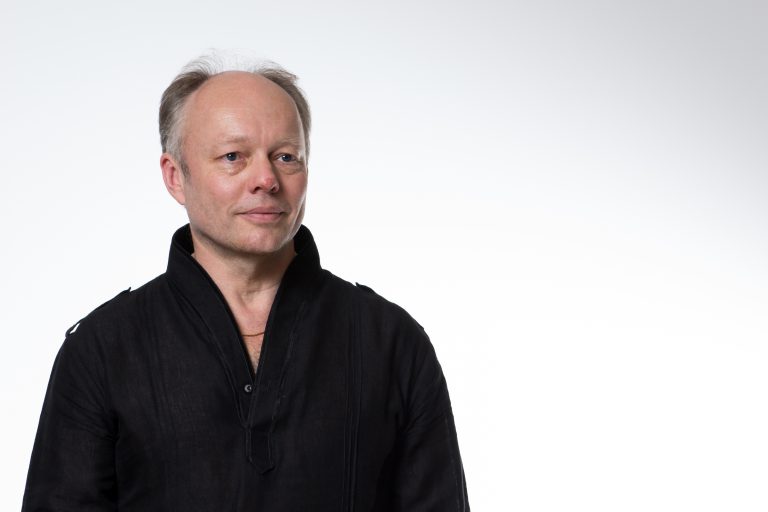 THE MAKING OF MARK

The idiom proclaims, “Behind every great / successful man there stands a woman.” In this day of gender parity, the opposite is equally true. Mark Troop married to Patricia Rozario, is a case in point. Pianist, broadcaster and writer, Mark is founder of The Chamber Music Company, devoted to all types of music. His broadcasts on BBC Radio 3, have included The Twilight of the Iguana, which is a three-part Latin American series and several live recitals. He has made an in depth study of the Songs of the 20th Century Argentinian tango master – Astor Piazzolla and performs South American repertory regularly.


Over and above, Mark runs five London-based events: The Latin American Roadshow, a multi-arts Festival dedicated to the culture of Latin America; The CMC Summer Solstice, which scales up classical and jazz music under one roof; The CMC Rare Music Series, which discovers neglected Classical repertory; The Second Glance Festival of New Music which peddles selected new music to a wider audience and I’m a stranger Here Myself. He also runs Yin Yang Collective, London’s first Chinese-Western fusion group. He has also set up British Council tours in India, Spain and Latin America.


All this is enough to keep the musician on his toes, when he is not limbering up doing yoga asanas, whilst waiting for Patricia parsing a song or overhearing an interpretation dispute. Willy-nilly, his expertise is sought mid-way the controversy. Similarly his language pronunciation puts to rest argumentative differences. This is not to say that he declaims his knowledge as the final word. In fact his intent look gives him credibility and his vast experience – authority. The musician taught at the Guildhall School of Music for two decades, and still teaches at Dartington International Summer School and St Paul’s Boys’ School. As a writer he has been published in Musical Opinion, Piano and Musical Performance – quite a diverse and eclectic exposure to several different genres and styles.


Associated closely with Trinity Laban, he applauds the music college for “pushing music to ensure its continuity. On a visit four hours south of Hyderabad, in a place so small that he could not even remember the name, he wondered what he was doing in this God forsaken spot. Dressed impeccably, a student presented himself with “…this is the most wonderful day of my life, to play for you.” And then proceeded to play beautifully. Richard Deering of the Trinity school found that all of the students presented for exams were taught by a lone music enthusiast living in that tiny town. Such was his obsession he had called his children Haydn and Mozart. The width and depth of penetrating music in India heartens the teacher. There is an excellent standard in Indore, Nagpur, Baroda etc. He generously praises the devotion of small-town-India teachers, their seriousness with integrity and laments that in big cities teachers often do imitation jobs rather than let a style flower.

He also credits YouTube for sustaining interest. The pianist states,

“There is a drift towards classical music, particularly in Bombay and elsewhere as well. No more are big cities the only centres of a high standard.“

He talks of teachers who have inculcated a better perception of classical music where kids go to just study music. Mark elucidates,

“Rather, what I’ve noticed is that students who before, wouldn’t or couldn’t have studied music seriously (it’s not a respectable profession) are now being allowed to study. This is a big turnaround from even five years ago. Today parents are happy to finance music as a study.”

In Nagpur they want to start an academy to popularise classical music. He adds,

“What interests me are the Kazakhs who are working at a school of music in Trivandrum. Internationally trained musicians are getting to teach in India.”

He is awaiting the emergence of a style for Indian musicians as the subject matures in the country. He clarifies, “When you export your culture, it does not have to be the right or wrong way. It has to be understandable… in the nature of a dialogue.“ To further fine tune his view, he gives the example of Latin Americans playing their own indigenous music with a freedom and natural verve. “They lack this spirit the moment they play classical. They become rigid. Can the Latin American musician communicate that freedom and yet be faithful to the music?”


Mark reveals that “the way Indians hear microtones Westerners do not. Why do Indian players have to imitate? Look at Jagdish Mistry (The Bombay born violinist), he hears intonation differently. He adds something to a western score that was not immediately envisioned by the composer. Now that is dialogue. New generations need to develop a fluidity – that is not borne of imitation.”

This ability to flow into another’s world is Mark’s forte. He makes special mention of the KM Music Conservatory founded by musician AR Rahman in Chennai which enables a student to learn Indian and and Western classical music. “This fusion may be possible with these students and something interesting is bound to surface. Western classical music may take on an Indianness and change so subtly, it is possible.”

The Britain’s insatiable interest in India doesn’t only start with the music and yoga. He even enjoys street food and eats hotter food than his Indian born wife! Both have pursued their intention of doing something for the country for Western classical music. Talking of the current music scene, Mark’s realism is gripping.

“Musicians have a choice, I started as a soloist, then went into chamber music whilst continuing to accompany Patricia for voice. Around the UK there used to be flourishing music scene, with several small societies devoted to music. But by the time I started they had become a bit down at heel, with poor quality and worse hospitality. Work has started to dry up in Europe, even in Germany. Top quality prize-winners are chasing smaller festivals and societies and taking away work from musicians lower in the food chain. The way wealth is spread is different. Government funding has stopped, the middle class is strapped for cash and the first withdrawal of funding is money for the Arts. One has to be innovative and investigate new ways of getting funding. People drift away because there is not enough work.”

The husband-wife duo started the Giving Voice to India programme in 2009, which flourishes even today as the Giving Voice Society, a Charitable Trust established four years later. This engagement involves the couple completely. “Formerly I did touring India on the side. Although psychologically I was always in India. I had concerts and teaching in the UK and India was a hobby. Three years ago, India started taking over our lives and we started taking the country very seriously – more seriously than the UK. In fact I started letting go projects in the UK. I stopped pursuing work and when I needed to be here, I was here. Life revolves round commitments here.” At this junction of his musical career, when Mark has expanded his musical quest to new classical, Chinese, Latin American – tango and theatre, he concentrates now on the Indian itinerary.

In Goa the couple have started performing by adding an instrument to their piano-voice repertoire. One year it was a Horn player, another year a clarinetist, and then a violinist. This is the accomplishment of three years in India. They also perform operas keeping skill sets and finance in mind.

“music is exported to a country, the importer thinks it is sacrosanct. We in Europe understand Bach differently than did musicians in his time. History shifts and we don’t know what was actually intended. We are so distanced from medieval music we cannot possibly know how music in the 1400s sounded. Transfer of context is very important. Today, we think a Beethoven sonata is to be interpreted in a particular way. Maybe in Germany, the historical connection is better but ultimately the music is always greater than a single performance can express. That’s how music evolves. It is no more limited to the original time and place. Each generation must necessarily interpret in its own way. I heard Franz Liszt’s Hungarian Rhapsody with stunning virtuosity on a cimbalom (a stringed instrument with a tone which is a cross between the piano and the harp). It had such poetry. You see, no one told him do this or that. There is a kind of spontaneous authenticity here that is essential to preserving music.”

Mark’s ability to flow into different ages, different cultures, different milieus provides him the keen ear he possesses. We too are all ears.