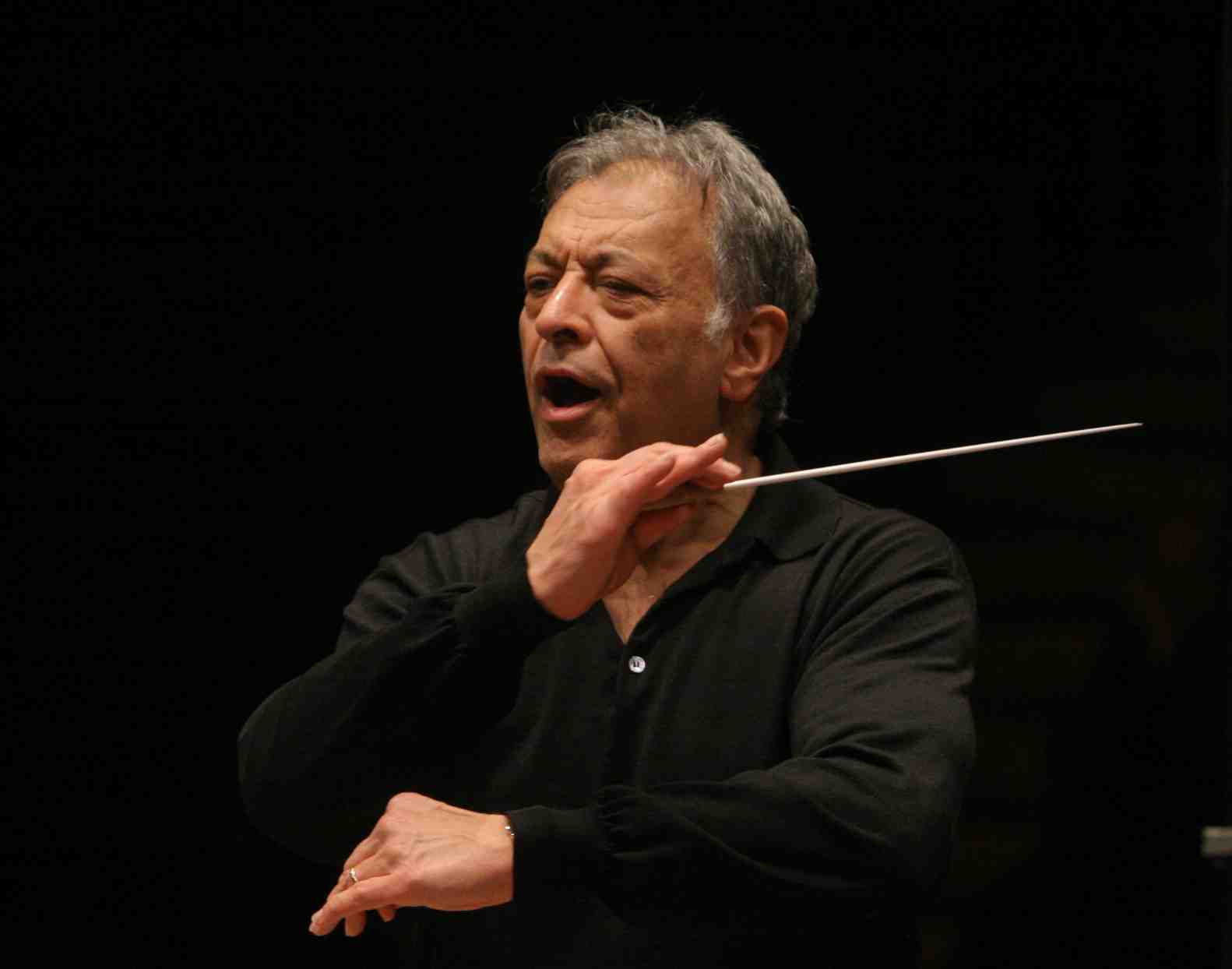 The legacy of one of the greatest conductors of the 20th century stretches beyond musical brilliance.

Towards the end of the 18th century, European thinkers like Johann Gottfried Herder began to conceive of cultural difference as being in some ways connected to the “national character” of a people. In its early phases, such a view aimed to connect cultural differences with geographical and other external factors, and sought to celebrate such differences as markers of human diversity. During the course of the 19th century, however, such a view led to the stereotyping of communities. For instance, the legendary German conductor Wilhelm Furtwängler, whose style of conducting both Zubin Mehta and his friend Daniel Barenboim deeply admire, expressed his astonishment regarding how an Italian conductor like Arturo Toscanini, Furtwängler’s contemporary, could perform well the music of so thoroughly German a composer such as Beethoven. Barenboim felt that it was possible to discern differences between performing traditions in different countries, and it was imaginable that Italian ways of performing Beethoven could seem unidiomatic to someone steeped in the German tradition, as Furtwängler was. What Barenboim rightly objected to was the assumption that the “national character” of a person must necessarily prevent him from giving an idiomatic performance of a piece of music coming from a culturally different tradition.

In the 20th century, two Asian conductors repeatedly demonstrated the folly of such an assumption: Seiji Ozawa from Japan, and our own Zubin Mehta. Mehta’s distinguished career has been the stuff of legend: music directorships of the Montreal Symphony Orchestra (1961-67), the Los Angeles Philharmonic (1962-78; Conductor Emeritus from 2019), New York Philharmonic (1978-91), the Israel Philharmonic (Music Adviser: 1969-77; Music Director from 1977; Music Director for Life from 1981 and Music Director Emeritus following his retirement in 2019), Orchestra del Maggio Musicale Fiorentino (Chief Conductor 1985-2017) and the Bavarian State Opera (1998-2006). He has also conducted at the Metropolitan Opera (conducting the première of Marvin David Levy’s Mourning Becomes Electra, based on Eugene O’Neill’s play, in 1967) and has in recent years been associated with the Palau de les Arts Reina Sofía in Valencia, Spain, the Australian World Orchestra and the Teatro di San Carlo, one of the oldest opera houses in the world. He has been honoured for his work by the conductor Karl Böhm (who bestowed upon him the Nikisch Ring), the Vienna State Opera, the Berlin and Munich Philharmonic Orchestras, and the governments of India, the U.S., Israel, Japan and most recently, Australia, among others.

Mehta’s spectacular breakthroughs as a conductor came soon after his less than happy conducting experience with the Royal Liverpool Orchestra under John Pritchard (an opportunity that came to him after he won first prize in an international conducting competition in 1958). They came from his work with orchestras that he conducted most often in the 1960s and 70s, and with which he made his first distinguished recordings—the Vienna, Los Angeles and Israel Philharmonic Orchestras. The superb recordings he made of the late-Romantic orchestral and operatic repertoire from this period onwards, such as symphonies by Bruckner and Mahler (especially the former’s Ninth Symphony and the latter’s Resurrection Symphony), the tone poems of Richard Strauss and operas by Verdi (Il trovatore) and Puccini (Turandot and La fanciulla del West) have often led him to be associated with the music of this period. Mehta’s achievements as a conductor go much further, in fact. Josef Krips, a conductor particularly admired for his Mozart, recognised in the young Mehta a major conductor on the basis of the latter’s rendition of Die Entführung aus dem Serail, the first of several distinguished recordings of Mozart and of the classical repertoire Mehta has made over his career. On the other hand, Mehta has also recorded several pieces by some of the pillars of European musical modernism, such as Arnold Schoenberg, Anton Webern, Edgard Varèse and Igor Stravinsky. At a time when composers like John Knowles Paine, Alexander Scriabin, Car Nielsen and Franz Schmidt were not well known, Mehta made acclaimed recordings of some of their representative works. He has also championed the works of Elliott Carter, Luciano Berio, Samuel Barber, Ellen Taaffe Zwilich, William Kraft and Peter Eötvös, to name a few later composers. These composers wrote in a variety of styles, and it is a testament to Mehta’s catholicity of taste that he conducted such a diverse repertoire of classical, Romantic and modern music with success. Perhaps the most popular 20thcentury composer Mehta collaborated with was Olivier Messiaen, at least three of whose pieces he has conducted several times during his career.

Nevertheless, Mehta’s recordings of the late Romantic repertoire have been more often reissued than his recordings of music from other periods, and it is difficult to know to what extent this has been because of marketing decisions taken by record companies. However, as recent reissues of his recordings of the complete symphonies of Schubert and Schumann demonstrate, Mehta is just as wonderfully eloquent in these other repertoires as he is in Puccini or Strauss. His recordings of Beethoven’s symphonies include a superb Ninth with the New York Philharmonic et al, and two outstanding sets of the complete piano concertos. In recent years, he has also conducted several choral works by Haydn, some of which have been commercially recorded, as well as offbeat operas like Cherubini’s Medea, which one hopes will be released soon. Mehta’s Wagner Ring cycle at Valencia has also come for much praise, and his recordings of Richard Strauss’s Salome (with the Berlin Philharmonic in superb form in its only complete recording of the opera) and Wagner’s Tristan und Isolde (with the Bavarian State Opera) should be mandatory listening for those who are interested in these works. Indeed, Mehta has been particularly and consistently successful in opera: his recent DVD recordings of Die Entführung (La Scala, Milan) and of Puccini’s Turandot (with the Valencia forces) have been recommended by several as top choices for these works, of which he also made among the very best audio recordings several decades earlier.

As any overview of Mehta’s career will show, he has long silenced those critics whose bias for European conductors often resulted in their taking predictable positions about his performances and recordings. Mehta broke the glass ceiling, and today there are several international-level conductors from Asian countries compared to what it was like about 60 years ago, when he and his almost exact contemporary Ozawa first appeared on the international classical music scene. One now hopes that recordings of his renditions of Debussy, Ginastera, Messiaen, Naresh Sohal (three of whose large-scale pieces Mehta commissioned and conducted) and others are soon released on CD, DVD, or made available through online downloads. Most importantly, it would be wonderful to see Mehta conduct the Symphony Orchestra of India more often: the excitement of a live performance can never be captured in full in a recording, especially when it is led by a conductor who is Indian by citizenship and truly international in his global appeal.

By Suddhaseel Sen. This piece was originally published by the National Centre for the Performing Arts, Mumbai, in the November 2022 issue of ON Stage – their monthly arts magazine.