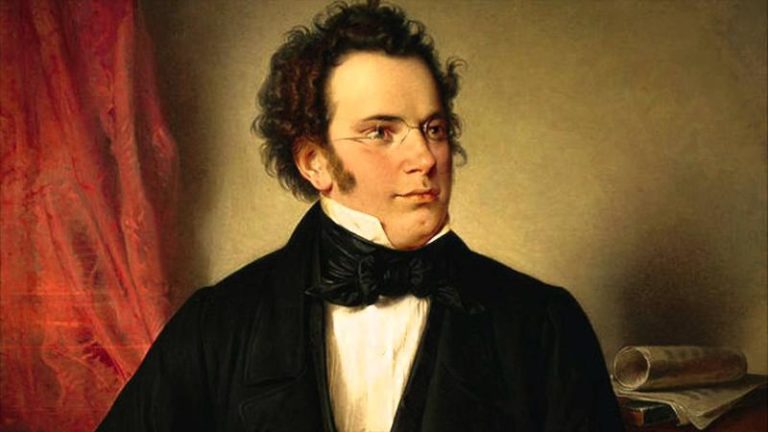 Ignored for years, their composer regarded as Beethoven‘s poor relation, Schubert‘s last three piano sonatas now enjoy a special place in the piano repertoire, ranking alongside Beethoven’s final three piano sonatas, and they hold a particular fascination for pianists, audiences, critics and musicologists. The final year of Schubert’s life was one of extraordinary productivity, marked by increasing public acclaim and declining health (he had been suffering from syphilis, and the debilitating effects of its treatment, since 1822/23). In addition to the three final piano sonatas, the last months of Schubert’s life saw the appearance of the Drei KlavierstückeD946 (Impromptus for piano in all but name), the Mass in E-flat D950, the String Quintet D956 and the posthumously published ‘Schwanengesang’ songs, amongst many other works, all of which display a high level of artistic maturity.


Schubert completed his final three piano sonatas in September 1828, just a few months before his death at the age of 31. These were the first works of the kind he had composed following the death of Beethoven, a composer whom Schubert much admired, and his last three piano sonatas all pay tribute to Beethoven; indeed the first of the three is even cast in C minor, the key of Beethoven’s Fifth Symphony and the ‘Pathétique’ Sonata, and contains some distinctly “Beethovenian” idioms. Schubert numbered the three sonatas sequentially, perhaps envisioning them as a cycle. After his death, Schubert’s brother sold the manuscript to the publisher Diabelli, but the sonatas were not actually published until 1839, and were dedicated to Robert Schumann, a keen advocate of Schubert’s music. Given the popularity of these sonatas today, it is remarkable to note that their fame came late, well into the twentieth century, and due in no small part to pianist Arthur Schnabel’s championing of them during the 1928 centennial of Schubert’s death. Schnabel himself was one of the finest interpreters of Schubert’s piano sonatas and pioneered the programming of the final three as a set in concert. Today these sonatas are regarded as a core part of the pianist’s repertoire and are regularly performed.

The attraction of Schubert’s piano sonatas for performer and listener is their breadth of expression, further reinforced by a dramatic expansiveness, and the daring underlying harmonies which create contrasting and often startling musical hues and striking shifts of emotion. While Beethoven is often declamatory, Schubert speaks more quietly, more ambiguously, and even in its grander gestures, his music has a strong sense of intimacy and introspection. He takes us into his confidence, and makes us feel we are being personally spoken to.

In the final three sonatas, freed from the shadow of Beethoven, Schubert finds a new voice. Like Beethoven’s final sonatas, Schubert’s late works seem to communicate a sense of acceptance (but never resignation) combined with an “incompleteness”, as if he had much more to say, and the music’s propulsive driving force, its almost obsessive creative energy, is a transcendent negation of disorder and death whose overriding message is fundamentally positive.


Yet this positivity is frequently lost in the oft-repeated trope that the final sonatas are the composer’s farewell, written when he knew he was dying, and it is rather too easy to ascribe his physical and emotional condition to the personal poignancy, melancholy and tragedy found within his music. The romanticisation of Schubert’s illness and his premature death tends to ignore the realities of life in early nineteenth-century Vienna. In Schubert’s day, Vienna was a dirty, disease-ridden, violent and dangerous city where life was tough, and the average life-expectancy of an adult man at this time was 38 years (Schubert was 31 when he died). In this police-state city, its citizens maimed by the ravages of the French Revolutionary and Napoleonic wars, lives were lived on the edge of sorrow, and Schubert’s was not unusual in the context of the time. Schubert’s music expresses not just personal joy, sorrow, disorder….but the ferment of life itself in all its dimensions. Schubert speaks for us all.

Like his other late works, the final three piano sonatas move between extremes, often taking performer and listener from the darkly tragic and melancholic to a golden transcendence or joyous other-worldliness, all rendered in music of incredible, almost revolutionary inventiveness.