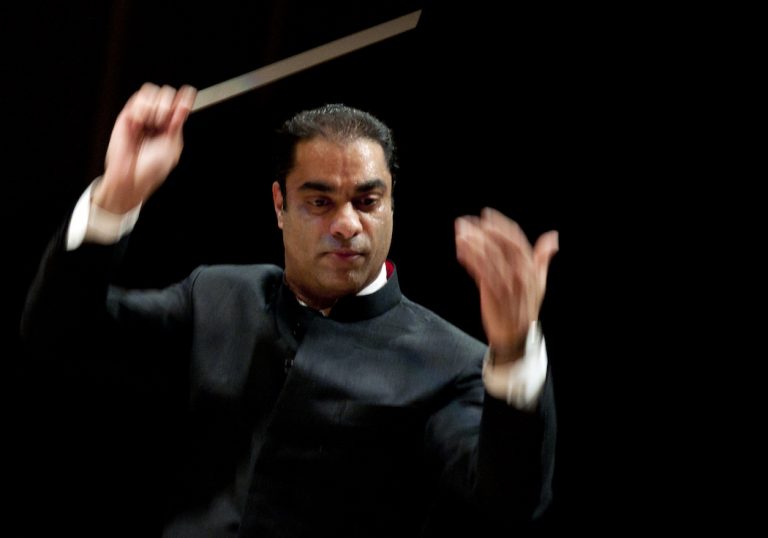 With a wide-ranging repertoire that marks its first foray into French music, the Indian premiere of a concerto with a message and the return of two celebrated international artistes, the SOI’s upcoming season promises to be a rare treat. By Snigdha Hasan

‘Coming of age’ – its literal meaning aside – connotes attaining maturity, emotionally or in another way. For the Symphony Orchestra of India (SOI), now a bona fide teenager entering its 14th year, there perhaps cannot be a better term to describe the stage of musical maturity this talented group of artistes has reached, despite the odds that come with being the first of its kind in the country. Coming of age is intrinsically linked with rites of passage, and the SOI has undergone many, from embracing demanding repertoire choices to embarking on international tours with rock-solid preparation that have yielded delightful returns. Cementing its credo of not being one to rest on its laurels is the SOI’s February 2020 season, perhaps the most wide-ranging in terms of the repertoire that the orchestra has ever presented.

The season kicks off with what is indeed the heart of classical repertoire – Beethoven, Mozart and Haydn, performed by musical virtuosos Maria João Pires and Augustin Dumay, both highly regarded in the genre. A Broadway gala is the second concert of the season, featuring excerpts from such popular musicals as Les Misérables, The Phantom of the Opera, Wicked, Cats, West Side Story, and more. A celebration of diversity within this diverse repertoire is what the season’s third concert is, in a nutshell.

A little later in this preview, when Zane Dalal, Associate Music Director of the SOI, discusses the Indian premiere of Zakir Hussain’s Concerto for Four Soloists in more detail, the urgent message of this musical confluence featuring Hussain, Shankar Mahadevan, Hariharan and mezzo soprano Kelley O’Connor becomes apparent. Apart from the Beethoven Piano Concerto No. 3 and Shostakovich 5, all other works in the upcoming season are the SOI’s first performances of them – the fourth and final concert, a complete evening of French classical music, being a fine example of this.

Dalal puts the promise of the spring season and what it says about the orchestra in perspective:

“There are perhaps three areas of curation and leadership in orchestral institutions that matter most, and in the long run, prove that the direction is true and long-lasting. First, to maintain a high standard so recognised that great artistes are happy to return to make music with us. Second, that we are willing to take the chance on presenting new works, to ‘literally’ keep live music alive, and provide a fresh approach for our musicians in varied tests of skill. Third, to present experts in a particular type of music, so that we do not compromise on that ‘standard’ mentioned in point one. The return of Pires is a huge feather in our cap. The Indian premiere of Hussain’s didactic struggle for religious peace in his concerto for four soloists not only supports our local heritage, but provides something genuinely new to contemplate. The French repertoire is presented by its finest exponents, Jean-Philippe Collard and conductor Laurent Petitgirard. Mumbai audiences are in for a rare treat.”

“When they play together, it is not just a display of two musical talents hitting the right notes,” is how the September 2014 issue of ON Stage profiled Pires and Dumay, ahead of their first performance with the SOI, and in India. Portuguese-born Pires established her credentials as a classical pianist par excellence early on when she won the Beethoven Bicentennial Competition in Brussels in 1970, and Dumay’s formidable reputation as a Mozart and Beethoven violin virtuoso played its part in according legendary status to the duo, who have been together – on stage and off it – for three decades. With Pires doing her magic at the piano and Dumay conducting the concert, there could not have been a grander start to the season, not only in terms of their presence on an Indian stage – the reluctant performer that Pires is, seeing her live is becoming rare – but also by virtue of their sheer expertise. “Pires is one of those rare, once-in-a-generation musicians, who in her characteristic understated style, eschews showmanship but provides such a depth of understanding as to open new windows and doors in every phrase – even in works that we thought we knew, and regarded as familiar. If there were a real touchstone into the realm beyond, it is her playing. It is no wonder that people flock to hear her – knowing that they will be witnessing something ‘out of bounds’ that is unlocked by this very special artiste,” Dalal avers.

Though commissioned by and given its world premiere in 2011 at the Kennedy Center in Washington DC by the National Symphony Orchestra, what the Concerto for Four Soloists stands for is as, perhaps more, relevant in 2020. Each of the vocalists in this piece composed by Hussain, represents a different religion’s tradition – Hinduism, Islam, Christianity – singing related texts. “As explained to me by the composer, this piece – in part – harkens back to Maestro Hussain’s childhood, when children went about together after school in the late afternoon – going from temple, to church to mosque and owning and belonging wholly to all three. This coexistence of man whilst he finds his true place in life is the key to life and the key to this piece. Starting in discord and chaos, the piece ends in consonance, in the hope that in presenting the three religions together, they might find their path together. It is a didactic work, with a message all too necessary today. I’m delighted to be conducting the Indian premiere of this work in yet another exciting collaboration with Maestro Hussain,” says Dalal.

Another first for the SOI is its foray into classical French repertoire. On what this intriguing new terrain means for the SOI, Dalal says,

“It is true that the orchestra finds its comfort in Germanic and Russian music, as these traditions represent some of the most extraordinary music ever written, and also are a rite of passage for all orchestras. One cannot have an orchestral style until one has mastered and remastered the works of the German and Russian repertoire from Bach to Wagner and from Glinka to Shostakovich. However, French music and its traditions represent a different set of nuances, a different palette, a different weight.”

And to ensure that the feat goes a long way in strengthening the SOI’s musicality are two specialists. “To really plumb the depths of this extraordinary style, we need to collaborate with great French artistes who not only are at the pinnacle of their craft, but are special ambassadors of their art. Collard, one of the world’s great pianists and great Saint-Saëns interpreters – from a long line that begins with Alfred Cortot – is joined by Petitgirard, bringing Saint-Saëns and Franck to the SOI for the very first time,” adds Dalal.

The spring season, then, is as much a hand-picked bouquet of concerts for the listeners as it is an assortment of challenging feats for the orchestra. Coming of age, after all, is the threshold to adulthood, that irreversible phase of life criss-crossed with responsibilities. And with conductors – both resident and visiting – unparalleled in their virtuosity and dedication to lead the orchestra, and the faith reposed in it by international maestros, the Symphony Orchestra of India seems ready to take the plunge.