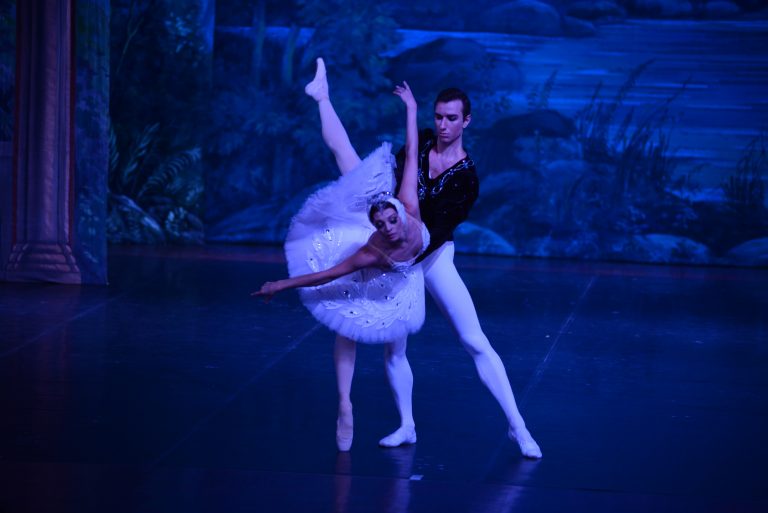 A 4 year old girl sits cross-legged on the floor with a photo album nestled in her lap. She pays no attention to the picture on the cover – a turquoise blue lake with snow white swans gracefully floating on it. She impatiently opens the album and winds up the tiny golden key inside. As the key unwinds, she listens joyfully to the notes that spring out of the mechanism. She does not know what the sounds are or how they got trapped in her album. But as the tune slows to a natural ritardando, she happily winds up the key again to listen to what has become her favourite melody.

A decade later, I realised that the melody I loved so much as a child was the theme of Tchaikovsky’s Swan Lake. Over 20 years and numerous ballet performances, Swan Lake has held its place at the top of my list. So when I heard that the Royal Russian Ballet would be performing Swan Lake at the NCPA, I was eager to witness the performance of my favourite ballet in my home country.

Music for me is an inseparable element of a ballet performance, and I was extremely disappointed that I would have to hear Tchaikovsky’s pure, beautiful composition through the processed tones of modern day speakers. But I reminded myself that Western classical arts, be it music, ballet or opera are still in their infancy in India, and both performances and audiences will mature with time. Once I got over my initial disappointment, it was impossible not to enjoy the performance. The Royal Russian Ballet under the direction of Anatoliy Kazatskiy did a brilliant job of expressing the timeless Pepita–Ivanov choreography. Every detail from the costumes to the sets was an ode to the classic, immersing the audience in the world of the bewitched swan princess, the evil von Rothbart, and the besotted prince. The swans in their white tutus moved around the stage with such grace and fluidity that they created a dynamic backdrop for the story, swirling around like an artist’s paintbrush. The highlight of the performance was prima ballerina Olga Kifyak. Her vivid portrayal of the black swan, Odile, with sharp, strong movements juxtaposed with Odette’s delicate tender dance caused the ballet to transcend from a mere choreographed piece to a true art form. Swan Lake is sometimes grouped into the category of art forms that are “easy-to-like” or “crowd pleasers lacking intellectual challenge and complexity”. But I consider art to be at its pinnacle when it can speak to both a 4 year old child and a seasoned expert. Going back to these classics is like talking to an old friend. It is familiar, but brings joy that never fades. It is what makes you wind up the key again.