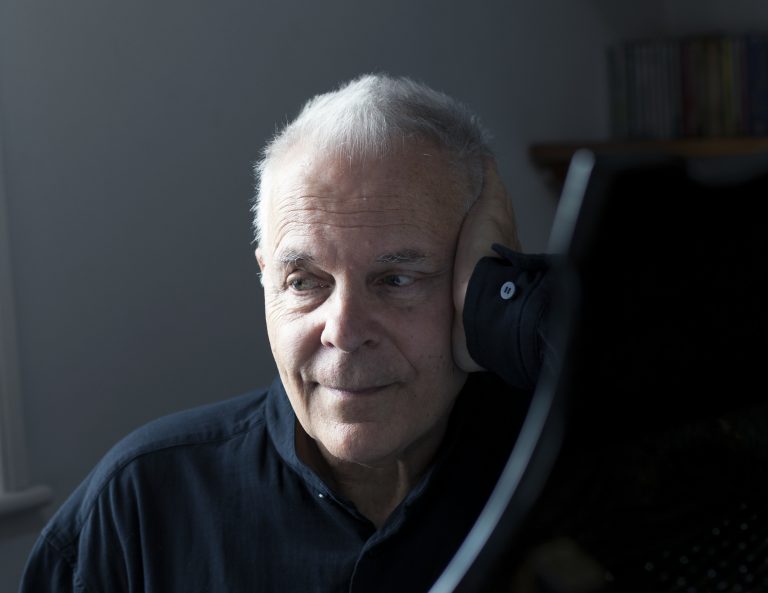 With a concert debut at the age of 11, at 79, Stephen Kovacevich, has gathered a legion of fans across the world. He is a cerebral musician, deeply thoughtful as a performer, remarkably articulate about the music he loves best, Beethoven and Schubert, particularly their late works, but never pedantic. Mentored, as a teenager, by the legendary Dame Myra Hess, with a Wigmore Hall solo debut at age 21, and a New York debut a few years later, in 1967, he has also performed under the baton of some of the greatest conductors of the last and this century. Kurt Masur, Georg Solti, Simon Rattle, Bernard Haitink, Colin Davis: the list reads like a roll call of honour. Equally impressive is his ensemble work, most notably with Jacqueline du Pre, with whom he forged a close musical relationship. He has shared the stage with Josef Suk and the Amadeus and Cleveland Quartets, with Steven Isserlis and Nigel Kennedy, and with Martha Argerich. The complete musician, he has directed the London Mozart Players and the Liverpool Philharmonic Orchestra, and has been an annual fixture as an educator at the Darlington International Summer School.

In an exclusive interview with Serenade, after his recital at Pune’s Mazda Hall on November 10, 2019 he spoke with his customary candour, spontaneity and yes, incisiveness, about the music he plays.

Priya Chaturvedi: You have just played on a piano with a history that goes back over a century. How did you find the sound? And do you have favourites among the different piano makes?

Stephen Kovacevich: My favourite is Steinway. And this is a very old Steinway. It has the characteristics of the very deep bass and duration of sound… at its best is it magnificent, it still needs some work so to make it really, really good. Ajay Mistry is very good but he must spend some time in the next two or three months to make it better. And then it must be played. Not just left like a museum piece.

PC: You were taught and mentored by a legendary pianist, Dame Myra Hess. How much did she influence, apart from of course your musicianship, your choice of repertoire?

SK: My choice of repertoire was formed before I studied with her. In fact I chose her because she understood the repertoire I wanted to study. She was a wonderful and magnificent artist. Beethoven, Schubert, Brahms, Mozart, those were the composers she really knew, especially late Beethoven. And that was what interested me. It was really great studying those pieces with her. I studied the 109 (Beethoven’s sonata, opus 109, which he played at this concert) with her.

PC: The Diabelli Variations seem to run like a motif through your career as a pianist, starting from your Wigmore Hall debut in 1961, to the recording of them in 1968, something that is said to have established your international reputation. You have recorded them again, 40 years later. Did you find that your approach to this work had changed?

SK: A lot. The second one is wilder. I like that. I think simply that the imagination is more there. It’s not such a good boy!

One of the most wonderful things that ever happened to me in my musical life happened in Mumbai. It was probably 8 or 9 years ago. I was playing the Diabelli Variations which is 55 minutes of late Beethoven. It’s not easy music to listen to. I looked out on the public as I walked on stage and I saw all these kids. And I thought, God! poor kids… it’s too much for them. Before I played to the public I said, look ,maybe the programme tonight is a little bit of a mistake. And especially the kids… I said, ”If you’re bored, that’s fine! Some of the music is boring and don’t be worried about it”. Anyway I played Ravel, and etc. Afterwards, backstage, a girl of about 10 came back, not crying but sobbing… absolutely overwhelmed… and 10 years old… Diabelli Variations. I tried to speak with her and she couldn’t speak. I asked the people near me, “Do you know who she is?” Nobody knew who she was. She went away. I hope she reads this interview as I want to tell her that it was one of the most moving and encouraging things that ever happened to me. I was so inspired by that. She’s probably 18 now and maybe doesn’t even remember. But if she does, all I can say is, thank you!

PC: You have said that late works of composers have always held a great fascination for you. Would you care to elaborate on that?

SK: You feel the way that they express themselves, a new dimension appears, especially in Mozart and Beethoven. But something abstract like a scale can be very moving and beautiful. I don’t know how to put it – even late Chopin Mazurkas – I don’t know the words for it but it’s deeper, more economic with the expression.

PC: You have performed Beethoven’s opus 109 this evening. Adorno said that Beethoven’s late works represent a form of exile, of isolation and alienation from the world around him. Would you agree with that?

SK: That implies something negative. There is something away from normal life, certainly, but I wouldn’t say that it’s alienation. I simply say that preoccupations are not so easily attached to the Earth.

PC: Finally, since this is not your first visit to India, how do find the audiences here, and what are your impressions of the India that you have experienced?

SK: This is my fifth or sixth visit. I came years ago. It’s always been my favourite. The colours… I speak a little bit superficially as a tourist, and I’m lucky I stay in wonderful hotels. I don’t see the poverty except when I’m driving outside. That gives you a different picture of course.