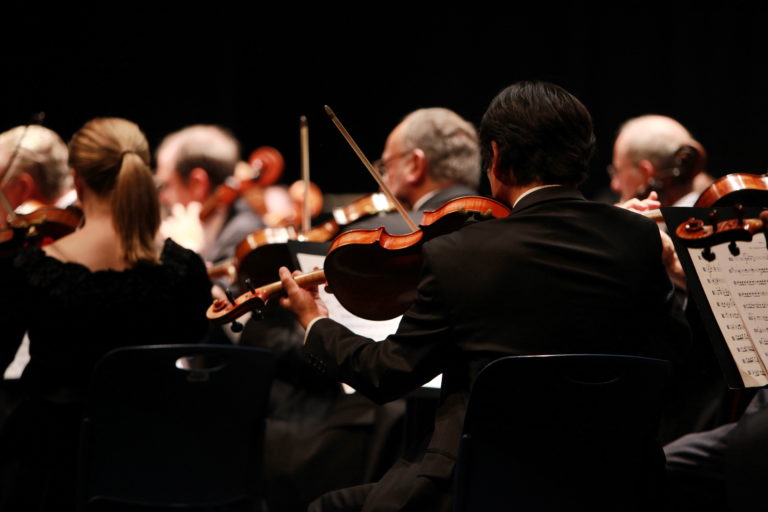 The Road to Kindness: Encouraging Greater Generosity of Spirit in an Overly Competitive World

The habit of comparing ourselves (and being compared) to others is not restricted to the world of music. Starting shortly after birth, our physical attributes, talents, and achievements are constantly compared to those of our peers. The age at which first words are spoken and first steps are taken can be a tremendous source of pride for parents, but often only if their child was younger than the one being used as a point of comparison. These early comparisons continue in sporting events, academic achievements, and musical and other artistic endeavors. An early foundation is laid for a lifetime of comparing apples and oranges.

A certain degree of healthy comparison is often necessary in our journey toward improvement, since one can seldom reach one’s optimal potential in a vacuum. Participation in music festivals, competitions, and studio recitals gives us opportunities to admire the beauty of a fellow student’s performance, serving as a great inspiration and motivator for putting in extra effort and exploring one’s own potential more fully. With the wrong mindset, however, such performances can also lead to jealousy, lowered self- esteem, resentment, and gratuitous self-flagellation. How does one remain a balanced, motivated, and happy member of a world that is known to be cruelly competitive? Where does one draw the line between healthy competition and feelings of lowered self-worth?

YouTube, for example, is a wonderful resource for all musicians. The sheer number of great performances that are available at the click of a few buttons is astonishing. Reading the comments is another matter altogether as unkind comparisons are all too prevalent. A perfectly wonderful performance will receive a thumbs-down and a scathing review after being unfairly compared to another recording of the same work.

Godwin’s law states that “as an online discussion grows longer, the probability of a comparison involving Hitler approaches.”1 I propose my own law: As online comments on a YouTube performance increase in number, so does the probability of it being rubbished by virtue of unfavorable comparison to another performance. This happens because of the well-known cognitive bias known as focalism (or anchoring)—giving too much weight to one particular piece of information when making judgments and predictions. By focusing too much on one thing (the focal event or hypothesis), people tend to neglect other important considerations and end up making inaccurate judgments as a result. The focal event, in many cases, is the wonderful performance of Argerich, Kissin, Wang, Trifonov, Sutherland, Perlman, and a host of others.

The potential harm to our own psychological well- being starts when we begin comparing ourselves to these international superstars. Most of us have been to an astonishing performance after which we vowed never to touch our instrument again. Why bother at all when these musical gods walk among us? What could we possibly bring to the table?

As teachers, similar difficulties arise. Why does my colleague get all the talented students? How do they manage to get their students to perform at such a high level when they are average performers themselves? Why do I have to teach a studio of fifteen students when they were only assigned twelve? Why do they achieve recognition when they only arrive at work at ten, and I arrive religiously at nine? These comparisons are harmful because they are bound to cause animosity, which can lead to a hostile work environment. They also place attention on other’s successes instead of one’s own.

Music students are not immune to the dangers of unhealthy comparisons by any stretch of the imagination. They have ample opportunity to compare themselves with their peers in both university and private studio settings. Some students are naturally more gifted than others, and other students need much more time to develop to their optimal potential. Some students can play advanced repertoire at an early age, while others are late bloomers. Many teachers invest more time and effort into the development of their most talented students, which in turn causes the less talented and hardworking students to resent the former.

The ego-driven aspect of music performance and teaching makes our world even more difficult to navigate. The Dunning-Kruger effect is a cognitive bias whereby unawareness of one’s own limitations causes an overestimation of one’s own skills.2 Interestingly enough, those who exhibit signs of the Dunning-Kruger effect often don’t know it. Comparisons with others can be particularly frustrating for the afflicted, since their biased perception of their own skills compared to those of others does not allow for balanced assessment.

How should we deal with the problems that arise when we compare ourselves to others? The first step is to consciously foster personal awareness of the difference between healthy and unhealthy comparing. Once we achieve a certain level of awareness, our inner voice will let us know when the line has been crossed. The second step is celebrating our own uniqueness. Each of us has a specific combination of qualities that makes us valuable in our own way. We are no better or worse than others, and we do not have to be the best at everything we take on. A wonderful performer could be an average teacher, and vice versa. Someone else’s achievement doesn’t take away from the unique qualities that each and every one of us possess. No matter what a person’s strengths are, we should applaud them for their effort and contributions to the art form.

The last step is to realize that other people’s perceived success has very little to do with us. Minding one’s own business can bring unexpected peace and acceptance. If someone is a great performer, teacher, or student, we must try to be inspired by them. They are they, and we are we. The great soprano, Pretty Yende, visited the North-West University in Potchefstroom, South Africa, and imparted wisdom she has gained in her remarkable career. I was struck by her humility, kindness, and generosity of spirit. She reminded us all that our only true competition is with ourselves. Sticking to our guns, striving for continuous development of our own strengths, and supporting others as they enjoy their own successes is a road to a kinder, more humane musical world.

2. Justin Kruger and David Dunning, “Unskilled and Unaware of It: How Difficulties in Recognizing One’s Own Incompetence Lead to Inflated Self-Assessment,” Journal of Personality and Social Psychology. Vol. 77 no. 6, (January 2000): 1121–34.

By Tinus Botha. This article first appeared on www.ClavierCompanion.com.