Jeanne Rongier: César Franck at the console of the organ at St. Clotilde Basilica, Paris, 1885, 1885.

Last but not least, the burning question of repertoire. For classical music as a genre to survive in modern times, renewal of the repertoire is a fundamental requirement: without renewal, the art form petrifies and audiences will stay away because they will have the repertoire of works on CD at home. An obvious way to rejuvenate the repertoire is to explore works of the past which have gone out of fashion or which have been unjustly overlooked – the filter of history is by no means an “honest” one and many unmusical factors have an influence upon the formation of the repertoire that appears to survive the times. There are works by well-known composers which were once popular but then fell out of fashion, as well as works by these composers which were never very popular but are nevertheless definitely worthwhile. Among the examples which come to mind are César Franck’s symphonic poem Le Chasseur Maudit and his Variations Symphoniques for piano and orchestra; Fauré’s Ballade for piano and orchestra; the operas of Cherubini (highly appreciated by Beethoven); symphonic poems by Saint-Saëns; the neoclassical repertoire by Stravinsky and De Falla. Music which has been overshadowed by “the Greats” can also offer surprising works, like Reger’s Romantic Suite (a most remarkable work), or the many engaging works by British composers of the early 20th century (Vaughan Williams, Holst, Delius). The 20th-century tonal tradition, much maligned and pushed to the margins by modernism and academia, offers a veritable treasure trove of interesting music which, fortunately, is currently explored by recording labels and which has been THOROUGHLY MAPPED by Canadian musicologist Herbert Pauls. There is so much unfamiliar and engaging music already written that it won’t be very hard, with some serious time spent on it, to find additional repertoire which enriches concert life with an injection of adventure and exploration.

And then there is contemporary production, which, on the surface, seems to carry the stronger symbolism of renewal and development for the art form. But this invokes some quite complex questions. If renewal means programming a new, still unknown work, then how do we know beforehand that it is worthwhile, given the immensely wide range of idioms and the fact that a lot of new music is unsuited for classical music’s performance format? How to find your way into that jungle, and with which value framework? How do we know beforehand that announcing the new work won’t reduce ticket sales – since an unknown or contemporary name on the program often invites grave suspicion with prospective audiences that it may be one of those indigestible pieces that are painfully endured rather than a compelling and interesting experience? And then, could a new work which is painful on first hearing not be a great work after all when performed more than once – and if so, how could we know? After all, orchestras, opera companies, and smaller ensembles can function perfectly well without any “unfamiliar” work, the established repertoire being so large and varied. Orchestras and opera companies work under strong pressures to get the planned performances realized in the best possible way. The many letters, proposals, and recordings they receive from composers, their agents, or their publishers every day create mountains of unsolicited mail in corners of their offices and they simply don’t have the capacity to deal with those masses of information which are mostly seen as a mere threat to their working routine. In general, orchestras and opera companies don’t have a specialized staff member dedicated exclusively exploring such material, and the staff dealing with artistic planning can’t afford to lose valuable time assessing material they are not equipped to judge.

Another problem is the sheer amount of new music being produced every minute of every hour nowadays. Because the musical fashions that have arisen since WWII claim total freedom from traditional musical standards and aesthetic norms, composing has become open to anybody – including people with the ambition but without the talents to really write meaningful music. And they are many. What’s more, current computer technology makes putting something together that one could call a “composition” possible for people who in former periods would not have dreamed of becoming a musician, let alone a composer. This has resulted in the current proliferation of “composers” thronging at the doors of orchestras, ensembles, and opera houses, creating a dense fog that is looked upon with suspicion and gloom from the closed windows of artistic leadership. It has thus become very difficult for institutions to find new, valuable works.

What is the role of conductors in introducing unfamiliar works? They compete for restricted opportunities in the field, and career choices are often given priority over interest in content. But fortunately, quite a few conductors – mostly of the younger generation – understand that restricting their repertoire to warhorses will not benefit either their career or the art form itself, and proposals from conductors to the planning staff are a possible route to performance. But conductors who have earned the trust of the orchestral staff, whether of their own orchestra or of other orchestras where they make guest appearances, generally have little time to explore the labyrinth of new music and to react to the flood of proposals coming their way.

Orchestras and opera companies try to give as many performances as possible to exploit the available financial and practical resources to the fullest. Well-known works of the repertoire only need rehearsing for the “how” and not for the “what,” so works from the standard repertoire are cheaper and more practical than unfamiliar or new works. Most of the time, new works are only rehearsed for the “what;” and where the music in itself does not intend to transcend the sound level, where the “how” consists in getting the notes and timbres in the right place and nothing more (which is mostly the case with postwar music), preparations are finished when the structure is more or less correct. But this does not leave listeners with the impression of communication and a deeper musical meaning. The result is that the work is soon forgotten and not repeated because it does not invite more hearings. What happens to the rare works in which, as in “older” music, the level of sound is a mere carrier of musical expression? Extra rehearsal time is needed to create the opportunity of exploring the expressive dimension, and that is only possible when first the “what,” the right notes in the right place, has been realized. Given the cost of rehearsal time, this rarely happens, with the result that works which may offer the unique opportunity to add to the repertoire are put in the same category as the superficial, musically-empty products and share the same fate of oblivion. Postwar modernism and its hip progeny, in combination with the expensive cost of operation for orchestras and opera houses, created barriers which hinder renewal of the repertoire – a self-destructive mix, pushing classical music into the corner as a “museum culture.”

The only possibility for orchestras and opera houses to find new repertoire, with the chance that they hit upon something of real value, is to preserve a practical framework: the one which defines the fundamentals of the art form. This means ignoring the postwar modernist ideologies of progress – because there is no progress in the arts – and requiring of new repertoire that it be suited to the medium as it has developed over time. In other words, new music should be rooted in some sort of tonality, create the possibility of communication and expression, and offer the players (and singers when in opera) the opportunity to create a coherent total musical experience which can be combined with existing repertoire and which avoids disruption of the general format of the art form –which, after all, is merely a means to an end: the compelling musical experience. Only then will the expensive extra rehearsal time needed for a satisfying result be justified. Does this sound “conservative?” Is preserving fundamentals of a precious art form “conservative?” Or is it merely common sense? If we want classical music to survive in modern times, it should be its intrinsic, artistic quality which carries developments, not its deviations from the only format within which the art form can thrive. New music which needs to deconstruct the fundamentals of the art form to make its mark is dealing not with content but with the outer form, which points toward a lack of artistic motivation. Even the most deviating works in the past, like Stravinsky’s Sacre, made use of the basic format of classical music to introduce a highly original treatment of melody, harmony, rhythm, and instrumentation – all of which were rooted in music that existed already at the time. The Sacre was not avant-garde and modernist (which is modernist jargon) but highly idiosyncratic and an extreme version of an existing musical tradition: the one of Russian folklore, being prepared and practiced long before Stravinsky laid his hands on it.

Thus two possibilities readily present themselves regarding the renewal of the repertoire:

Either way, it would be best if orchestras and opera houses appointed a special staff member to explore and select new ideas for programming. Someone with both performance experience and an extensive education in music history and aesthetics would be ideal for such undertaking and able to intelligently discuss new ideas with the conductor(s) concerned.

Fortunately, there is already much effort being spent on the survival of classical music by both the established institutions and many ad hoc initiatives. However it is to be hoped that musical institutions will, in the course of time, become still more adept at navigating their routine pressures which, though entirely understandable, in the long run may prevent necessary reform. In spite of all the stories of “a dying art” and the completely unfounded criticism that it is “outdated’ and “incompatible with modern times,” Western classical music as a genre remains one of the greatest human achievements and inspires hope that we will, at some stage, be capable of creating a civilized world in which the benefits of the mind and spirit can flourish. 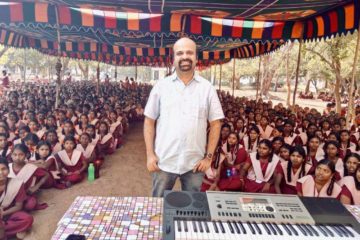