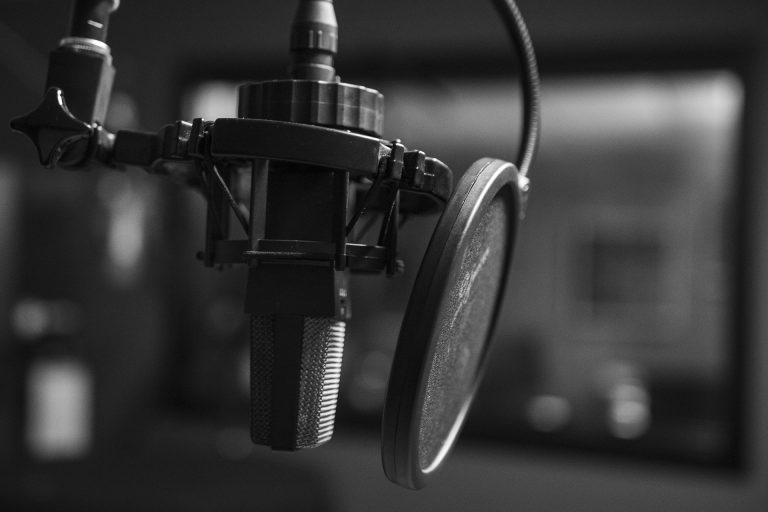 I’ll fess up: I’m a podcast addict. They’re the morphine drip that gets me through the day. But I’ve only dabbled in shows that focus on classical voice, and that’s a problem. As an antidote, I’ve found five series, with different focuses, that are worth checking out. Here they are:

Created in 2013, the Resonant Bodies Festival quickly filled a niche in New York City’s new music scene. Now the festival has grown beyond the art music Mecca into venues across the world (hello Australia!) and added a podcast to its portfolio. Each of the festival’s artists joins founder Lucy Dhegrae in conversations recorded in the weeks and months before opening night. Dhegrae catches singers in the fever of creation. She draws out the real time conflict between vulnerability and bold creativity as the artists toil to fully realize their visions before an imminent performance deadline.

[Full disclosure: I edited some ResBod Pod episodes last season. I’ve admired the festival since it began and was thrilled at the opportunity!]

For a hidden trove of interviews with Art Song’s most beloved devotees and practitioners, check out the Sparks and Wiry Cries podcast. The show is defunct but has a back catalogue worth plundering. Hosts and accomplished recitalists in their own right, Erika Switzer and Martha Guth, give in depth, nitty-gritty, shop-talk interviews with art song’s best. The show tried various formats throughout its run so some episodes are inconsistent, but the interviews soar (start with Graham Johnson’s, it’s a classic). There’s plenty to cherish in this ode to art song nerdom.

Forget the cliché title and opera-bro vibes, Sex, Drugs, and Opera is an utterly entertaining classical voice podcast that offers more than its juvenile exterior suggests. Jared Ice and Mike Pegher, both unpretentious, work-a-day, professional American opera singers based in Germany, maintain a genuinely funny, riff-style double-act – Mike’s the goof, Jared’s the straight man. But their adolescent-macho facade breaks down when the conversation turns towards the unspoken challenges of a life in opera. At its heart, the show is about staying vulnerable and goofy while working in a tough but rewarding industry.

Experiments in Opera (which produced my favourite show of 2017) is launching a four-episode, serialized, time travel, murder mystery opera written by Jason Cady and engineered by radio-royalty Ann Heppermann. This is the first straight-to-podcast opera I’ve encountered and it’s about time. Cady’s work, geared towards anyone with a commute and a good set of earbuds, suits the current, à-la-carte, digital download era.

The pilot episode is available now. It shares thematic material and plot structure with Cady’s 2016 video-opera “I Screwed Up the Future”, but Buick City’s storytelling is more sophisticated and comprehensible. Spoken texts drive the plot not songs, which function more as transitional interludes or shading. Some musical numbers falter: a closely miked operatic baritone flounders over compactly grooving drum and bass; vocal ensembles sound under interpreted, rigid like notation on a page. But composing for a recorded medium has advantages. Musicians can hop into a studio and produce a raw product without months of workshops and rehearsals. At its best, the music is spontaneous and fresh like new music should be.

Here’s a link to the pilot.

Host George Sederquist is crotchety beyond his years, which makes this show both tantalizing and infuriating, but that’s the idea: more ESPN Radio, less Classical KUSC. To Sederquist and his guests’ credit, the conversational conflict they muster makes for a raucous talk radio atmosphere (it is technically radio; Chicago’s WNUR 89.3 FM broadcasts the show live before it’s cut into a podcast). The show’s participants are all knowledgeable radio professionals who can keep opera talk buoyant and simmering no matter the topic. It’s an entertaining way to get your weekly opera news fix, with more punch than the usual, overly polite, classical broadcast.

Check out the official site.

By Jeremy Hirsch. Republished with permission from Schmopera.