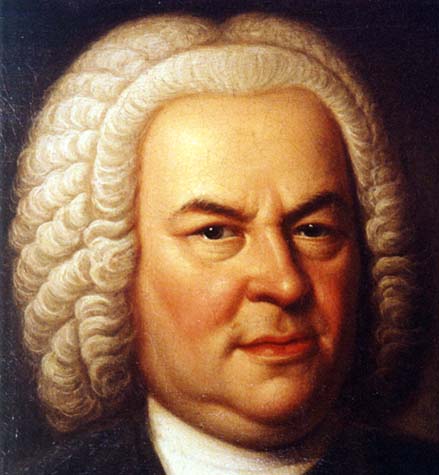 ON Stage brings you excerpts from the NCPA Quarterly Journal, an unsurpassed literary archive that ran from 1972 to 1988 and featured authoritative and wide-ranging articles. In the second part of a two-part series, George Ruckert draws a comparison between Bach’s music and Indian ragas.

Johann Sebastian Bach was a contemporary of Niyamat Khan (Sadarang), the great dhrupadiya of the court of Mohammad Shah Rangile. Sadarang is said to have performed in the dhrupad style, but taught many disciples in the khayal style, and after his passing, the khayal was looked upon as the ascendant form, and the dhrupad declined. The latter, with its symphonic emphasis on raga, tala, text and composition, all in a devotional context, can be compared with the style of Bach. His is also devotional, vocal (although Bach was a master of instrumental music as well), mathematical and soberly polyphonic. Perhaps one could say that is a more serious style than the music that followed it, just as it is said that the khayal is less serious than the dhrupad. In the light of the titans of the khayal and later giants of Western music that followed, perhaps this judgement is a bit superficial. Nevertheless, musicians of both traditions still look back in reverence at the music of this era. The styles of Bach and Sadarang reached a culmination in the 18th century and then declined, and yet both are very much alive in the training of modern classical musicians.

Bach conceived of melodies extending over time in a similar way as has been developed in India for thousands of years.

With this profusion of similarities between the music of Bach and classical Indian styles, it would seem that musicians of one perspective would have little difficulty appreciating the style of the other. But sangeetkars have said there are difficulties in hearing and understanding the complexity of Bach’s music. It is my opinion, too, that many of the same difficulties are usually voiced by people in the West who are not familiar with Bach, and even by the composer’s own sons, so the difference may not be just one of East and West.

Bach basically had a linear concept of music. That is, he conceived of melodies extending over time in a similar way as has been developed in India for thousands of years. The Western practice of writing melodies together was already 600 years old when Bach came along. This style is called polyphony (many voices), and the art of combining these melodies is called counterpoint. These words can be used to describe Indian music as well, of course, in that a raga is rendered with drone accompaniment, sometimes shadowed by veena-sarangi-harmonium-violin, with the spontaneous counterpoint of the percussion instruments. But, in the Western sense of the word, polyphony means that the melodies of two or more voices are pre-composed and intended to be played or sung simultaneously. Can these melodies still be heard as individual lines in the complexity of the resulting crowded texture? It is a complicated question, one that has both positive and negative answers. If one line is emphasised, and the others are stated in a background role, then the theme can be easily recognised, and this is indeed the most frequent of Bach’s compositional techniques. Since many voices (often four or more) are composed together, one voice will have the theme for a short time, then it is taken up by another, then a third, and so on. This is called imitative polyphony, and the fugue is the most important form of it. When not actually stating the theme itself, the other voices form a harmonic background upon which the leading voice is heard. In the rich and varied fullness of this blending of voices, Bach’s creations are still held to be models of harmony.

Of course, harmony is also found in Indian classical music, and there are many ragas that invoke the features of what is called tonal harmony. The concept of samvad, the consonance of the fifth (and fourth), comes to mind at once, for tonal harmony is thoroughly involved with the relationships of fifths. Furthermore, ragas frequently have notes in sequence that outline the harmonic chords of Western music. So while Indian music can be said to have both harmony and counterpoint, Western music has developed it differently, and this can be overwhelming to the ear not used to it.

By the time of Bach, Western music had developed a system of changing that which grew out of the murchhanas formed on each step of the scale. In Bach’s lifetime, it expanded to include each step of the chromatic scale as well. Music came to be written in all 12 keys, and modulations within a composition became common. In fact, Bach himself wrote a grand series of compositions in each of the 12 major and minor scales, which he entitled The Well-Tempered Clavier, the clavier being a forerunner of the piano.

This evolution marks a significant departure of Bach from raga music. In order to transfer the tonic (Sa) to any other of the 12 degrees of the scale, it is necessary that the intervals between the notes be uniform. The distance between Sa and Re, Re and Ga, Pa and Dha, etc., must be identical. They are not so in the Indian systems in which the microtonal shadings of pitch (shrutis) in the ragas play such an important role. This even, or tempered, tuning is the source of endless discussion among Indian classical musicians who accept or reject the tempered harmonium as a result. It is also true, though, that just as a soloist in a raga can intone the pure notes while the harmonium creates a quiet textured background of tempered ones, so a soloist in Bach’s music can also add expressive tonal shadings against a tempered orchestra, provided that his instrument can accommodate such subtleties.

Nevertheless, tempered tuning and changing tonics create a different ambience in Western music, which is disconcerting to ears used to the drone of a tanpura and hungering for the emotional expression of shruti. When Bach took his striking theme from the Art of the Fugue, and turned it upside down, or compressed and augmented it, or changed its rhythm, everyone understood the composer. When he introduced it from a new tonic, and thus changed the notes of the raga in order to keep the pitch relationships of the theme intact, he departed from the traditional Indian pattern of composition. And when he buried the theme in four other voices all playing different notes at the same time, he created a fabric in which it was no longer easy to discern the leading voice.

Bach was the last Western composer to have shared such an abundance of common principles with the Indian heritage.

The Art of the Fugue itself is a complex piece, and not one of the composer’s most accessible works. It requires much listening in order to be appreciated, and even then it would probably still appeal largely to musicians. In the same way we do not hear Anjani Todi or Shivmat Bhimpalashri at music conferences, for their exposition is usually reserved for musicians and connoisseurs. But if we are led through the maze of the composition by an expert, we can come to appreciate the words of Dr. Albert Schweitzer, the great Bach scholar of the last century, who made this comment about the work: “We do not know which to wonder at most – that all these combinations could be devised by one mind, or that, in spite of the ingenuity of it all, the parts always flow along as naturally and freely as if the way were not prescribed for them by this or that purely musical necessity.”

With Bach’s death there passed a glorious era in music. Even his own sons composed in a new style, which was simpler, less polyphonic, and not so ornate. It was not until the next century that he was rediscovered and his genius recognised. True, certain composers, among them Mozart, Beethoven and Mendelssohn, were familiar with Bach’s work and studied and used his techniques. But Bach’s own style, like the dhrupad, became part of the past. He is considered to be the culmination and the most sublime of the polyphonic composers. The main features of his work, including the cosmology and social background, the devotional attitude, the linear style, the moods and the compositional procedures, have direct parallels in Indian classical music. Perhaps Bach was the last Western composer to have shared such an abundance of common principles with the Indian heritage. Johann Sebastian Bach was certainly a devotee of Nada, a true sangeetkar, and definitely in a class by himself.

This article was originally published from the Archives section by the National Centre for the Performing Arts, Mumbai, in the June 2017 issue of ON Stage – their monthly arts magazine.