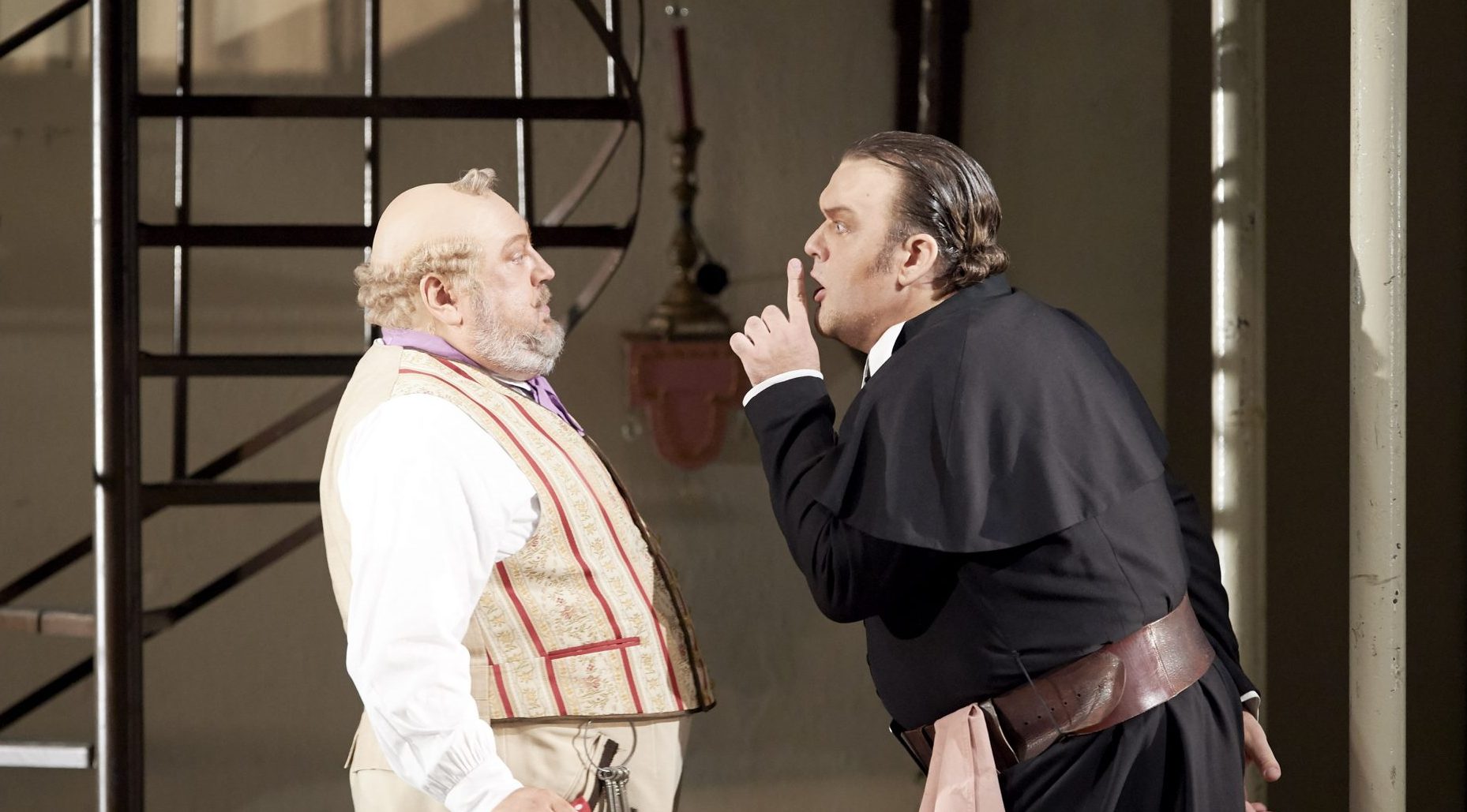 I journeyed back to Austria for the last three nights of summer bliss in Europe. The night of September 5th I was to see Mozart’s opera buffa, Le Nozze di Figaro. This masterpiece the fruit of the legendary Lorenzo da Ponte and Mozart collaboration was a rib-tickling roller-coaster ride in the intelligent production by Jean-Louis Martinoty. The performance was conducted with vigour and panache by Adam Fischer who is the principal conductor of the Dusseldorf Symphony and chief conductor of the Danish Chamber Orchestra. He was born in Budapest and studied composition and conducting under the legendary Hans Swarowsky in Vienna.

The warm voice and sunny good looks of Carlos Alvarez carried the day for this excellent Count. The possessor of a high lyric baritone he was able to take the high alternatives in his cries of Ola Silenzio in the Act Two finale. The duet with Susanna at the beginning of Act Three was touching in its simplicity and his big Act Three Aria was stormily sung. The Countess was played by Dorothea Roschmann herself an erstwhile Susanna. In my opinion she has not quite graduated yet to the bigger role and she would do well to limit her appearances as the Countess. Her Porgi amor at the beginning of Act Two was sung with beauty of tone and a quick vibrato. But her Act Three Aria Dove sono was disappointing as it lacked breath control and a sense of line. She was unable to take any of the long phrases in a single breath and there were times when the voice just did not carry forward.

Susanna was sung by Andrea Carroll, a light lyric high soprano of American origin. From start to finish her assumption of the role of Susanna was pure delight. She has a bell-like tonal quality and very clear diction and a stage presence which was totally captivating. Her Act Four Aria, Deh vieni non tardar, was sung with polish and style. She combined beautifully with the other singers helping to make a true ensemble opera. Adam Plachetka is the darling of the Vienna State Opera and has a reputation on both sides of the Atlantic. Singing with lustrous ease he made a likable Figaro cutting a dashing figure and acting naturally. In many ways the star of the show that evening was the Cherubino sung by Margarita Gritskova. The Russian singer had everything the role desires. Her lustrous voice, boyish good looks and natural acting abilities united to make the perfect character. The supporting cast were all excellent making for a very enjoyable evening at the opera.

The next two nights were operas conducted by Marco Armiliato. On 6th September was Il Barbiere Di Siviglia Rossini’s comic masterpiece also based on Beaumarchais like Mozart’s Figaro. Rossini’s opera picks up the story before Mozart’s Figaro but involves the same characters. The Count of Almaviva sung here by tenor Ioan Hotea had a light and agile voice and sang with great charisma and accuracy. The object of his affections – the girl he is trying to woo was sung by Rachel Frenkel. After a tentative start with her Aria Una voce poco fa, she opened up to make a feisty Rosina singing consistently well as the opera progressed. The well rounded baritone voice of Marco Caria made a good impression from the start. His Largo al factotum was brilliantly sung and his every appearance subsequently lit up the stage. Sorin Coliban made a hilarious Basilio and bartolo was sung by Paolo Rumetz.

The final night at the Vienna State Opera was Verdi’s Il Trovatore. The opera opened with Jongmin Park as Ferrando a sonorous bass from South Korea. The next scene had Anna Netrebko singing Tacea la notte placida with great beauty of tone. There was a bloom to the voice and her breath control was seemingly endless. Opposite Leonora as Manrico, the eponymous troubadour, was real life husband Yusif Eyvazov. They threw sparks off each other in their every appearance together. Equally interesting was the operatic mother son relationship of Azucena and Manrico. As Azucena Luciana D’Intino sang with lustrous tone, Ai nostri monti sung in a hushed voice was very moving. Anna Netrebko again came in to her own in D’amor sull’ alli rose and her Miserere was very moving. I must mention the very well sung Count of George Petean.

If you are in Vienna for a few nights, a visit to the opera is an unforgettable and essential visit. Whatever you see and hear here is guaranteed to delight. They know how to assemble the best cast in the world. I will not forget these three nights of operatic bliss in a long time.