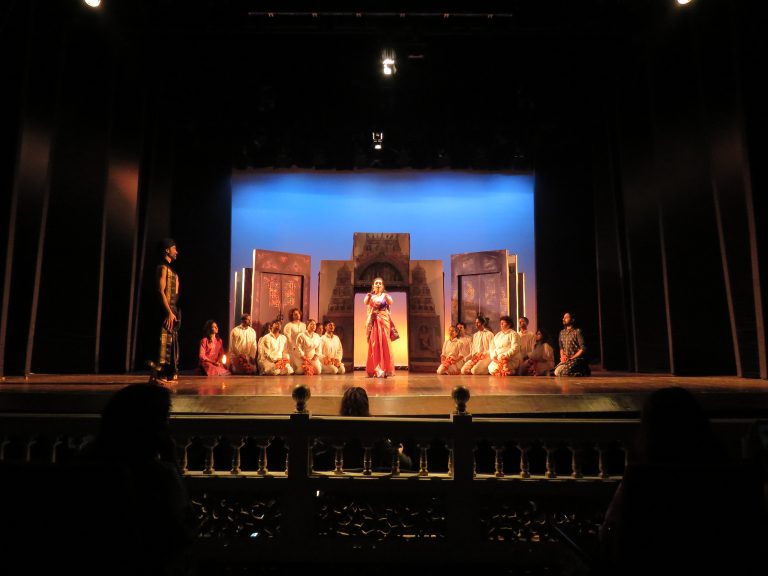 LA FEDELTÀ PREMIATA (THE GIFT OF FIDELITY) AT THE ROH, MUMBAI

Those of us present at Mumbai’s century-old Opera House between 1-3 August were lucky enough to be treated to a really delightful evening. The opera house, built in the early 20th century in Indo-European Neo-Baroque architecture, lay unused for twenty three years from 1993 to 2016. It was formally re-opened by Patricia Rozario OBE in a recital of lieder and arias accompanied by English pianist and husband Mark Troop.

She capped her success with a creditable production of the first complete opera production at this iconic venue last year. This year, the ROH’s curator Asad Lalljee is clearly on to a good thing judging by the outstanding success of these shows. I pondered the reasons for this happenstance. Although not a sure fire winner as the later classical comedies of Mozart, the choice was still an opera buffa by that other great classicist Joseph Haydn.

Haydn’s music to what he called a drama pastorale giocoso (a comic opera with pastoral elements) was clearly made of superior stuff. From the start the overture sets the scene in a fictitious place called Cumae here transposed to an unknown site in India. The people worship Diana, goddess of hunting and chastity. Their rites however have been defiled by a nymph bringing a curse on the people. The angry goddess must have two faithful lovers sacrificed each year to a lake monster until a faithful lover can be found to offer his own life.

Although mainly opera buffa sending up classical and romantic emotions it is also partly opera seria in a unique combination in one work.

The madcap plot does not bear repetition easily. Suffice to say there are three pairs of lovers- soprano Nerina and tenor Lindoro, mezzo Celia and Feleno also tenor, and Amaranta also mezzo and count Perrucchetto, baritone. The other main character is the baritone High Priest Melibeo. After much posing and posturing among the lovers finally Feleno offers to give himself up as sacrifice to the monster. It transforms itself into Diana who absolves Cumae from the curse banishing the evil Melibeo.

Unlike last year there is only one cast. This makes for stronger performances all-round. Each singer put in a very creditable effort. Noticeably improved from her already good performance last year was soprano Natasha Agarwal. While still a soubrette with a bell-like quality, there was more bloom to the voice and better diction. The other outstanding singer was Rhys Batt. He had a lovely light tenor voice, displayed good coloratura and plangent head tone. He is already a much in demand soloist and is a complete singing actor. Sandeep Gurrapadi has a light tenorino well suited to this repertoire. His was a quite adequate performance even if lacking the strength for sustained high notes.

That leaves us with the two mezzos and baritones. Distinctive in vocal timbre was the Russian Anna Bychkova-Nair. She had a typically blowsy quality with plenty of character and excellent recitatives though sometimes marred by singing under the note. Anoushka Pokhare could also do better with pitching. She was a good actress and made for a strong presence. Rahul Bharadwaj made for an excellent character buffo as the High Priest with excellent projection and agility. He and the count, sung by Dan D’souza made much of their scenes both singly and together. The radiant voice of soprano Minaish Doctor as the goddess Diana sung from the balcony in recitative accompagnato proclaiming freedom from the curse was delivered with great beauty of tone.

The orchestra comprised hand-picked musicians from Mumbai and other cities. They played consistently well under the musically disciplined conducting of Natalie Murray Beale from Australia.

Hats off to artistic directors Patricia Rozario and Mark Troop and a big thank you to Asad Lalljee for backing a winning horse!