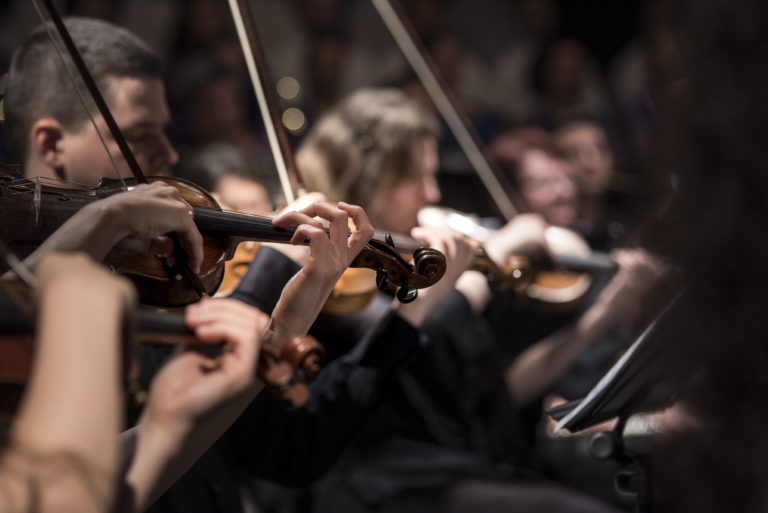 On London’s South Bank there is (or at least there was – it’s odd to think that I haven’t been in London since early March) a large banner of the cellist Sheku Kanneh-Mason with the slogan ’You haven’t heard it until you’ve heard it live’. I think we’d still probably all agree with this as a principle, but circumstances definitely change perspectives and we now find ourselves very rapidly embedding ourselves and our music-making into a quite different world. As other articles in ABRSM PlayOn and responses to them have shown, despite its challenges, it is providing us with all sorts of opportunities.

As musicians we’ve embraced recordings alongside live performances for many a year, and some of us will be able to recount developments from 33rpm, through iPods and on to YouTube and Spotify, to name just a few. Now we’re teaching and learning on Zoom and Teams in our various rooms across the world and, as ever, we’re considering how we can best develop our playing and listening skills – and those of our pupils and potential exam candidates – through the various means available to us.

So, as a listener – whether we’re playing ourselves or giving feedback to others – how could we maximise the opportunities that we do have currently? Given that at ABRSM we believe in the five essential ingredients of Pitch, Time, Tone, Shape and Performance, why wouldn’t we start there? We’ve probably found in the last few months that of the five elements, Tone and Performance present the greatest challenge when we’re ‘on digital’; they arguably call for more ‘out of the box’ thinking. Yet the very technology itself that many of us are now using on a daily basis can be a source of help …

Thinking of Tone, we may want to try any of the following and indeed, we may already be doing so.

As for Performance – it’s a challenge to achieve the same sense of presence (not just in a literal sense) from digital and / or recorded playing and singing as we can in a room, but there’s no doubt that we can get somewhere near to it. A lot can be communicated – through video in particular – so what can we do in our current listening (and watching) to evaluate and develop a sense of musical communication and commitment?

At the most basic level, we should remember that Performance is in some respects a summation of all of the other musical ‘ingredients’. If the foundations of Pitch and Time aren’t in place, it’s unlikely that any amount of conviction, enthusiasm and commitment will result in overall musical success. The clip below will make us smile no doubt, but it wasn’t produced in the context of distinction level playing!


Let’s assume that the notes, key and time are secure. Now would be a good time to try out any of the following…

I had a sort of epiphany about this when I listened years ago to the then Winchester Cathedral choristers, under David Hill’s direction.

The trebles’ first two notes, alone, of Brahms’ Geistliches Lied made a real mark on me through their weighting and colour. Actually, I wouldn’t have needed to be there or even see them to appreciate the sense of assurance, musicianship and – even in the setting of a service as opposed to a concert – performance because of the shape. I can also feel it through their recording, so engaging is the musical energy and clarity involved in the first choral phrase.


Incidentally, for those interested in form and analysis, the choral parts are a double canon at the ninth. Hopefully, I was able to instil a similar sense of ownership of – of more accurately passion for – melodic lines and their shaping into my choristers.


So, there are many things that we can do to enhance our listening and playing skills in what is probably going to be the musical normal for quite some time to come. There have certainly been plenty of recorded performances to energise us during lockdown and the ensuing weeks, whether the NHS Choir with Lean on Me, the BBC Philharmonic’s weekly radio challenges or the Ukrainian Radio Orchestra strings back on stage albeit behind closed doors.

Maybe that London South Bank banner might, for a while at least, have a new slant and say something like ’You haven’t heard it live until you’ve heard it live, but you can definitely still hear it…” And come to that, why wouldn’t we want to listen to and watch Sheku’s recent recording?


This article first appeared on ABRSM.