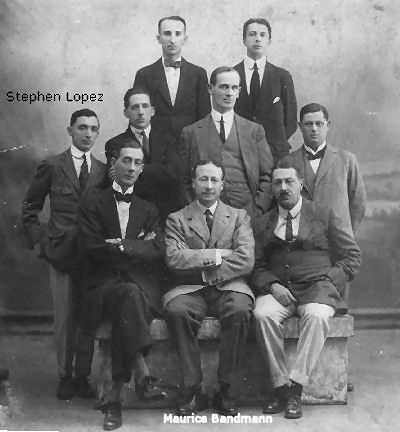 Maurice Bandmann’s story has nearly been lost to history.

It was Bandmann, along with Jehangir Framji Karaka, a Parsi businessman and head of a firm of coal brokers, who built the Opera House in 1911. Once an integral character in the growth of theatre in India, Bandmann’s story has nearly been lost to history.

The Opera House, rechristened the Royal Opera House after King George V inaugurated the building in 1911, was completed by 1915. Over the years, it echoed with great voices: legendary performers like Bal Gandharva and Lata Mangeshkar made some of their earliest public appearances there.

By 1935, the building was re-invented as a cinema hall, and in 1952, it was bought by the royal family of Gondal. Dwindling footfalls, however, kept buffeting it, forcing it to shut down in 1993. For years thereafter, the building was known only for lending its name to the area around it.

It got a second wind in 2009, when the Gondal family commissioned its restoration, under conservation architect Abha Narain Lambah. That work is now complete.

Christopher Balme is among the few people drawn to the theatre impresario.

A professor at the Ludwig Maximilian University in Munich, Balme has written two papers on Bandmann, painting a picture of an entrepreneur who perhaps had one of the world’s largest theatrical empires in the first two decades of the 20th century.

Bandmann was a “global player even before the term was coined”, Balme said, but his theatre was “largely itinerant and not claimable by any particular nation”.

This global influence is evidenced by two other sources, both compiled by descendants of performers who had worked in Bandmann’s companies.

In an article in the Australian Variety Theatre Archive, Clay Djubal of the University of Queensland writes, “In partnership with a rich Armenian, Mr Stephen, Bandmann built an entertainment empire that stretched from Gibraltar, Malta and Egypt through to Burma, the Malay states, the Straits Settlements, China, Japan, Java, the Philippines and Siam.”

The second source is Vanessa Lopez’s website. Most of the information here is about her grandfather Stephen Lopez, who she says worked his way up into the management of Bandmann’s companies. According to her, Bandmann dropped the last ‘n’ from his name to make it sound less Germanic.

From these three sources, it is possibly to build a potted history of the entrepreneur’s life.

Bandmann was born in 1872 in New York, to a family of actors: respected Shakespearean performer Daniel Bandmann and his second wife Millicent Bandmann-Palmer. He became a performer alongside his mother by age 18 and founded his first company by 23.

Between 1890 and 1900, Bandmann honed his craft and learnt about the theatre business while travelling around the British Empire with touring theatre companies. He came to India in 1901 and made Kolkata the base of his theatrical empire in 1905. In Kolkata too, he designed Empire Theatre, which was later renamed Roxy Cinema, the iconic place where the blockbuster Kismet (1943) played for 186 weeks.

Bandmann was among the first entrepreneurs to bring cinema to India. At the opening of the Opera House in 1911, three films were screened there. It helped that Bandmann owned the sole rights in the British colonies to the productions of George Edwardes, considered by some to be the father of modern musical comedy. Still, his performances were not restricted to the English.

“Bandmann had to be popular with the local population and not just the English,” Balme explained, “otherwise his theatre would not have paid [for itself].”

Little information is available about Bandmann’s thoughts about his time in India or the country’s theatrical traditions, which is surprising because, as Balme points out, the theatre entrepreneur was a master of self-promotion.

A hint, however, can be gleaned from a 1911 interview to Singapore paper The Straits Times.

“They roll up in shoals for anything good,” Bandmann said, when asked about the reception of his shows among Indians. “We have educated the natives into playgoing. They have become especially fond of Shakespeare. In Calcutta and Bombay, they will pay anything for seats, sometimes as much as Rs 50.”

He added: “The best native playgoers in India were the Parsis.”

Another thing that stood out about his time in India was his connexion with Jamsedji Framji Madan. In the 1920s, Madan, a Parsi wine merchant turned film entrepreneur, controlled half the country’s box office, as his company Madan Theatre Limited produced 113 films.

While the British government contacted Bandmann to distribute their propaganda films, Madan put in a bid via an agent in London. Since this was a lucrative contract, a bidding war ensued. Agents got involved, there was lobbying, and firmly-worded letters sent out. Eventually, Bandmann won the contract because his reach was wider.

More chapters got added to the story of Bandmann and Madan.

In her book Bombay before Bollywood, film scholar Rachel Dwyer mentions that Patience Cooper, an Anglo-Indian actress from Calcutta who worked as a dancer in Bandmann’s variety shows, left to join Madan’s theatre companies as an actress. She eventually found work in the film industry, becoming one of its earliest superstars. Cooper later moved to Pakistan where she lived out her days. She died in 1993, coincidentally the same year the Opera House hosted its last public event.

After the War, falling profitability of theatre due to the rise of cinema forced reconciliation between Bandmann and Madan. Bandmann gained access to Madan’s chain of theatres, who in return got additional profits and an air of respectability that came attached with theatre.

Theatre pioneer of the East

It was this interaction with the local businesses in India that made Bandmann different from other performers who came from abroad. “Apart from the sheer scale of his operations,” Balme said. “The unique thing about Bandmann, especially in India, was the fact that he built theatres and forged relationships in various cities.”

In a 1914 interview, Bandmann mentioned wanting to produce local films and building a large studio in Kolkata for it, although those plans did not come to pass. His business activities peaked in 1919, when he ran two public companies: the Bandmann Varieties Ltd and the Bandmann Eastern Circuit.

Three years later, by the time Bandmann passed away in Gibraltar at the age of 49, he had become part of the collective memory. Newspapers across India mourned his passing.

An obituary in The Statesman called him the “theatre pioneer of the East”. The Times of India gave him a similar sobriquet and anointed him a “pioneer of musical comedy”.

However, it was an editorial in the Madras Mail that perhaps best explained his legacy: “Mr Bandmann was not the first but he was certainly the most successful of the entrepreneurs upon whom India has largely been dependent for theatrical entertainments.”

This article was first published on Scroll.in