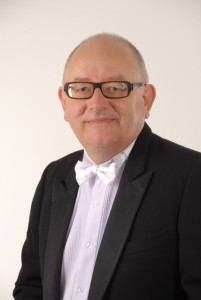 It is a pleasure and privilege to introduce the very first issue of Serenade.

I have been privileged to perform and spend some of the spiritually richest periods of my life in India. This country shows great promise towards making an outstanding contribution to Western classical music over the coming decades.

Readers of this article may wonder how it has come to be that a 61-year-old Scottish classical concert pianist has come to be so intensely interested in the future of Western classical music in India. Perhaps I may be permitted to recount a little personal spiritual history in order to clarify this passion.

In early 1995, I read an article in London’s Daily Telegraph newspaper written by His Royal Highness Prince Charles, Prince of Wales, in which he expressed his conviction that the great challenge of the 21st Century would be for the West to reach some form of accommodation with Islam. At the time, this seemed an extraordinary opinion. Few people in the West knew anything about Islam. With the great benefit of hindsight, the ignorance of Islam in the Great Britain of 20 years ago seems extraordinary, bearing in mind the large number of individuals that had migrated to the United Kingdom who were practitioners of Islam. In the aftermath of 9/11, one wonders if even Prince Charles knew exactly the degree of prescience expressed by this belief. Prince Charles’s observations stuck in my mind, and I resolved to learn a great deal more about the philosophy and spirituality of Asia.

Literally hundreds of hours of reading later, I found that I was repeatedly coming to the philosophy and spirituality of India which was particularly influenced by the incomparably rich traditions of Hinduism. Sarvepalli Radhakrishnan’s revelatory Indian Philosophy became my constant literary companion, and went absolutely everywhere with me on my extensive concert tours for many years. It retains its pride of place on top of a neatly stacked pile of books less than three feet from my piano in my home in South-West Scotland, from where I am writing this article.

I also read Bhagavad-Gita and other Indian classics several times, marvelling anew on every reading at previously undiscovered subtleties of thought and expression. Indeed, ‘subtlety’ is the word which probably recurred to me more than any other around these extraordinary books. Naturally, I developed an interest in Indian classical music too, which I was able to pursue during the three-year period of 2008-2011 when I was the inaugural professor of music (full professor) at the Academy for the Performing Arts at the University of Trinidad and Tobago, where I worked with many Indian classical musicians. 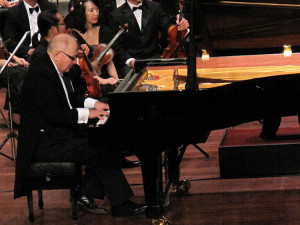 As a classical concert pianist working with the unrivalled masterpieces of the Western classical music tradition, my studies of Indian philosophy and spirituality inevitably led me to speculate on the wonderful glories which would ensue when the extraordinary spiritual subtlety of Indian thought was extensively harnessed to the tradition of Western Classical Music. Of course, I am well aware of the very great contribution to Western classical music already established by many Indian individuals, many of whom I count among my friends. But one has to observe that even now, with, for example, the magnificent work of the Symphony Orchestra of India in Mumbai and the Calcutta Chamber Orchestra (with which I have performed a piano concerto) in Kolkata, the number of high-standard professional performances by both Indian and non-Indian performers in India is not as great as it might be, and the proportion of individuals who have studied in Indian music schools going on to become professional musicians in the field of Western classical music remains distressingly low.

Of course, I could advance many theories as to why this is, and indeed even advance some views about how this situation might be improved. But I am not Indian, and it would be both out-of-place and well beyond the scope of this article for me to proffer advice in this way, at this time. I will conclude, however, by saying that this is a matter that I have discussed with a number of professional musicians and advanced music students in the West, many of whom share my passion and interest in India. I can say with absolute certainty that, given relatively modest financial support and the opportunity to give many concert performances, there are numerous Western classical musicians who would be simply overjoyed to have the opportunity of living and working in India for an extended period while teaching Indian students. I for one would most certainly jump at such an opportunity. As India increasingly takes its rightful place economically as well as spiritually amongst the world’s great nations, surely this must be a time rich in possibilities for the development of Western classical music in India. I hope and believe that I am not just dreaming!