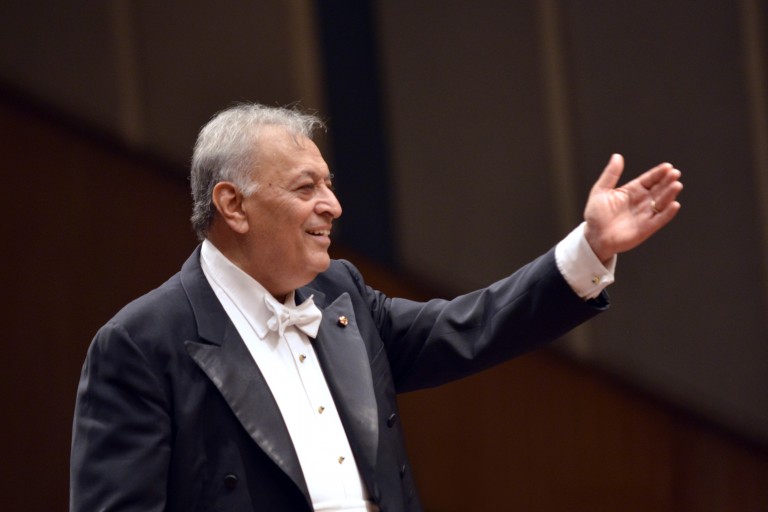 The Mehli Mehta Music Foundation is celebrating Maestro Zubin Mehta’s 80th Birthday in Mumbai next month. Maestro Mehta will conduct the Israel Philharmonic Orchestra in three concerts with several world renowned musicians as soloists, on Sunday 17th and Monday 18th April at the National Centre for the Performing Arts and Wednesday 20th April at the Brabourne Stadium.

Concerto no. 1 in B Flat minor – Pyotr Tchaikovsky

At 8 pm on the 20th of April, universally loved and applauded tenor Andrea Bocelli, and Mexican soprano Maria Katzarava, will enthrall thousands at the Brabourne Stadium, CCI, with everybody’s favourite opera arias, duets and lots more – for an uninterrupted hour and a half. Several large screens will be set up at the stadium for easy viewing wherever you are seated.

Tickets for all three concerts will be sold on Friday April 1, 2016 from 9am to 6pm at the K. R. Cama Institute Hall, Bombay Samachar Marg, opposite Lion Gate, Fort, Mumbai 400023.

ONLY for the April 20th concert, tickets will also go on sale ON LINE, SIMULTANEOUSLY, 9AM onwards on the 1ST of April on BOOK MY SHOW.

From April 2nd to April 20th the Box Office will move to the CCI near GATE 10 (Opposite Ambassador Hotel) from 10 AM TO 6PM, EVERYDAY.