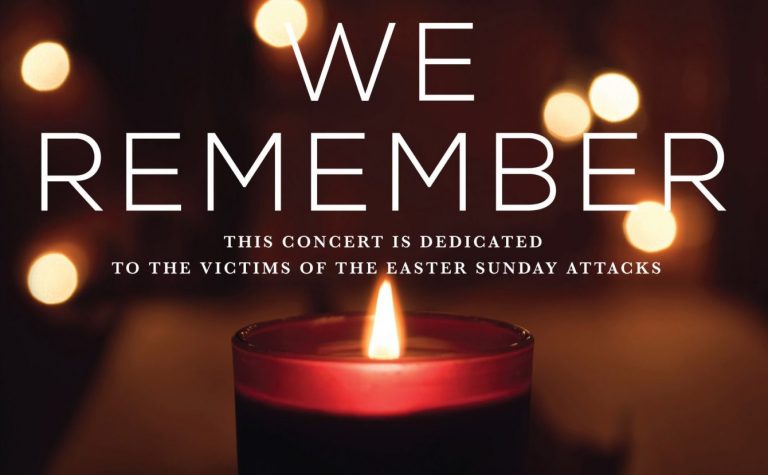 The Symphony Orchestra of Sri Lanka (SOSL) returns to its regular concert schedule this September, with a concert dedicated to the memory of those who lost their lives in the Easter attacks, and in aid of those who live in the aftermath. “We Remember” takes place at the Lionel Wendt theatre on September 15th, and is directed by the SOSL’s resident conductor, Dushyanthi Perera. The concert features music that reflects a range of human emotion and experience, from the heartbreaking Adagio for Strings by Samuel Barber, to the cheerfully optimistic Slavonic Dances by Dvořák.

Samuel Barber’s Adagio for Strings is a heart-rending piece at anytime, and an especially poignant choice for this concert. Arguably his best known work, the Adagio for Strings is at its core, a simple ascending motif that builds in intensity and texture to a breaking point, a wrenchingly emotional piece that holds all the sadness of the world.

Also programmed is Mozart’s Symphony No. 40. The penultimate of his symphonies, the iconic 40th is one of only two that he wrote in a minor key. The slightly somber mood of the opening movement, with its instantly recognizable almost ‘sighing’ theme often gives way to near-jubilant outbursts, only to return again to a darker mood. Written soon after the death of Mozart’s infant daughter Theresia, the entire work seems to shift in and out of the shadows—though never really being engulfed by them.

Edward Elgar’s Enigma Variations remain to this day his most popular work, and if one were to find one of those variations instantly recognizable, it would be “Nimrod”. Nimrod was an Old-Testament king, known for being a great hunter. This variation represents Elgar’s friend A.J. Jaeger (‘Jäger’ meaning ‘hunter’ in German) who encouraged and inspired him to keep composing, despite setbacks and his struggle to establish himself. This noble theme, with its air of grandeur and sadness seems capture what Wordsworth eloquently described as “The still, sad music of humanity.”

Two Slavonic dances by Dvořák (Op 46 no. 8, Op 72 no. 2) and Schubert’s Overture to Rosamunde make up the rest of the programme—cheerful works that exude a much-needed air of optimism and hope. Dvořák’s Slavonic dances were not really based on Slavic folk tunes, but inspired by the forms of Bohemian dances. The melodies themselves are completely original, and presented with traditional rhythm and structure to evoke the sprit of folk music.

Strangely, the piece we know as the Overture to Rosamunde, was never called that during Schubert’s lifetime. He knew it as the overture to Die Zauberharfe (The Magic Harp), another rather disastrous production for which he wrote incidental music. A publisher printed it with the incidental music for Rosamunde by mistake, and the overture was saved from obscurity. Consequently one of Schubert’s finest orchestral works gained much deserved popularity.

The horror of what happened this Easter cannot be described in words, nor our country’s grief—and we can only hope that our sincerest feelings will speak through our music, which has always been able to express the inexpressible.

While we mourn those we lost, we cannot forget those who struggle to live in the aftermath of the events of April 21st 2019. Many families will deal with grief, trauma and loss of livelihood for years to come. Along with this concert’s musical offering, the SOSL will be making a donation to three families of students of Bolawalana Ave Maria Convent in Akkarapanaha, Negombo, who desperately need financial aid. The donation is made up of personal contributions from the players and governors of the SOSL.

The families were identified with the aid of the principal of the convent and the SOSL’s French horn player, Saman Kularatne, who teaches at this school at has first-hand knowledge of the hardships they suffer daily. These families have all lost loved ones. All are suffering from trauma both physical and psychological, while some members are still receiving treatment for injuries.

It is our sincerest hope that we can aid in alleviating their most immediate problems.