The Lyric Ensemble of Delhi (LED) comprises a group of 25 singers headed by Clayton Duggan as conductor and musical director and Diniz Sanchez as stage director and choreographer. The majority of singers are trained by Situ Singh Buehler, founder of the ensemble.

The Ensemble was started in April this year with a view to offer the audience in Delhi a taste of all genres in a high quality performance. Their very first show at the Delhi School of Music in October showcased soloists with their musical strengths in Opera, Musical Theatre and Jazz coupled with several mesmerizing ensemble numbers. A repeat of the show was held at the India International Centre Festival the ‘IIC Experience’. On November 20th, the “Queens” of LED performed a set of chants from the poetry of Hildegarde von Bingen, set to music by the contemporary Italian composer Carlotta Ferrari. The event was “The Spiritual Voices of Women” at the Baha’i Auditorium in Delhi. Recently the Gymkhana Club witnessed a thoroughly fulfilling concert by LED artists with some popular catchy tunes like the Habanera from Bizet’s “Carmen” and the “Phantom of the Opera” coupled with ensemble numbers to spread holiday cheer. 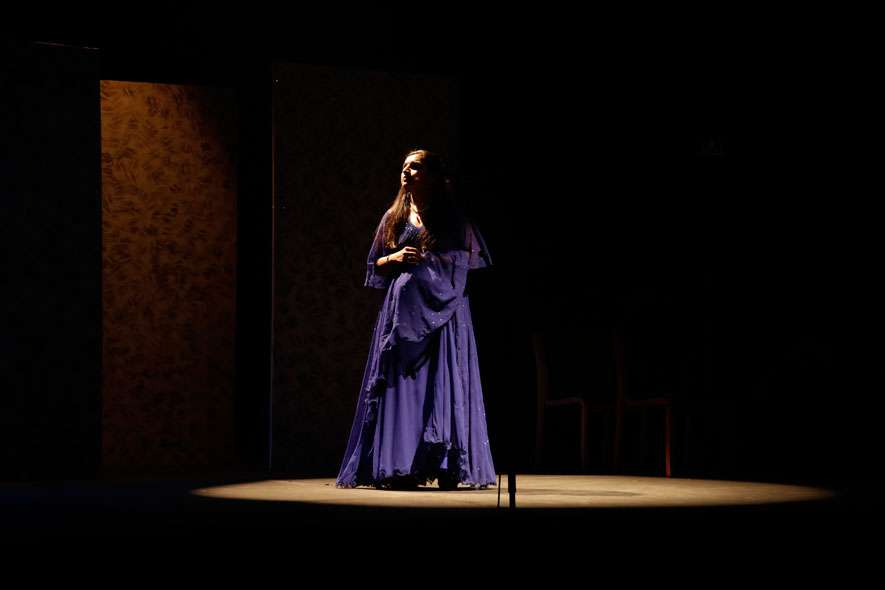 To further evoke the Christmas spirit, The Lyric Ensemble is performing for the first time in India its very first Opera, “Amahl and the Night Visitors”, with an all Indian cast. The Conductor Clayton Duggan and the Stage Director Diniz Sanchez have been working very hard to make sure that Delhi’s nip in the air this Christmas sweeps everyone with its true spirit. The charming one-act English-language opera is sure to attract children, as it aims to re-capture the author Gian Carlo Menotti’s own childhood. Unlike in America when Christmas is flooded with many Santa’s around town to distribute gifts to the children, perhaps, the fat man in red was too busy to come to Italy. Children there received their gifts through the three wise men who followed a star to find the new-born King instead.

Amahl, is the story of a very young poor boy with a lame leg, with a tendency to weave tell tales. One day, he was surprised by a visit from the three kings, who stopped by his poor hut on their way to offer gifts to the Christ child. Amahl’s mother though tired with her boy’s fairytales, welcomes the Kings home and attempts to steal some gold from them to feed her son, else they would have to go begging. She is however, caught red handed by the Kings’ page who demands it back. Understanding the motive of the attempted theft, the kings tells the woman to keep the gold, as the new born king has no need for such earthly treasures. Amahl and his mother are amazed with the wisdom of such a King and wish to send a gift to him out of their nothingness. Little Amahl then offers to the Kings the only valuable thing he has as gift to the child – his crutch, and miraculously starts walking.

Gian Carlo Menotti was born in Cadegliano-Viconago, Italy but was brought to Colombia, USA by his mother followed by his father’s death. In 1928 she enrolled him at Philadelphia’s Curtis Institute of Music where Gian Carlo studied composition. Among his fellow students were Leonard Bernstein and Samuel Barber, who later became his partner in life and work.

His first full-length opera, The Consul, which premiered in 1950, won both the Pulitzer Prize for Music and the New York Drama Critics’ Circle Award for Musical Play of the Year. In 1951, Menotti wrote his Christmas opera Amahl and the Night Visitors for NBC. It was the first opera ever written for television in America, The opera was such a success that the broadcasting of Amahl and the Night Visitors became an annual Christmas tradition. The Lyric Ensemble of Delhi too aims to make the performance of this Opera a tradition during the Christmas season in India. 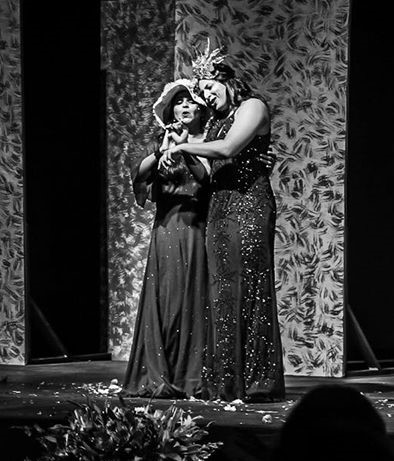