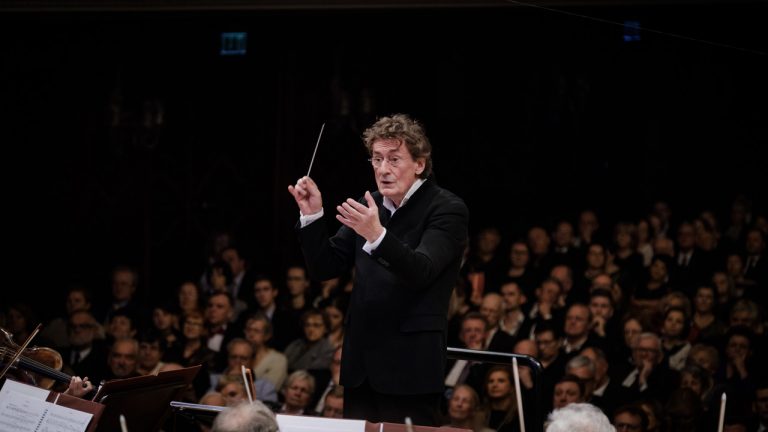 Spring 2018 Season of the Symphony Orchestra of India

The Symphony Orchestra of India (SOI) is all set to enthrall Western classical music aficionados once again. With the likes of Wagner, R. Strauss, Mendelssohn, Schubert, Haydn, Beethoven, Mahler and Handel, the Spring 2018 Season will certainly ensure a resonating and memorable experience for the audience while taking the SOI to even greater musical and professional heights.

The Spring 2018 Season will open with The Ring Without Words, an adaptation of one of the greatest mythical stories ever told – Richard Wagner’s seminal Der Ring des Nibelungen (The Ring of the Nibelung), a huge canvas that contains – if consecutively played – about 17 hours of opera. The condensed adaptation of this magnificent composition which was arranged by Lorin Maazel, is an orchestral delight which will give lovers of Wagner a definite treat. World-renowned conductor Jacek Kaspszyk, will lead our very own orchestra through a surreal performance of this war-like and thunderous sounding, yet absolutely beautiful evening.
Mr. Khushroo N. Suntook, NCPA Chairman and Founder of the Symphony Orchestra of India said,

“Once again, we present our audiences with another exciting line-up of wonderful music to look forward to this spring. A lot of thought has gone into selecting this season’s programme. The SOI has gone from strength to strength under the direction of our music direct Marat Bisengaliev and we are extremely proud to showcase the Orchestra’s burgeoning talent through these masterpieces. We are pleased to have Jacek Kaspszyk return to the SOI this season. We are also happy to welcome back the Bournemouth Symphony Chorus, following their remarkable performance of the Verdi Requiem with us in 2015, who will perform under Gavin Carr and our associate music director Zane Dalal. All in all, it will be a season to remember.”

Benjamin Appl, baritone, described as ‘the current front-runner in the new generation of Lieder singers’ by Gramophone (UK), will team up with Kaspszyk to perform Mahler’s Songs of a Wayfarer, in a programme that also features Richard Strauss’ An Alpine Symphony. Benjamin Appl started his training as a chorister at the Regensburger Domspatzen and continued his studies at the Hochschule für Musik und Theater München. He graduated from the Guildhall School of Music & Drama in London, where he now teaches German Lieder. Mentored by some of the most well renowned musicians, he was also the last pupil of Dietrich Fischer-Dieskau, one of the greatest Leider singers of the twentieth century. Appl has been credited with numerous and well-earned rave reviews from many critics from across Europe and the UK.

Returning to the NCPA is the Bournemouth Symphony Chorus! Bringing alive three glorious choral works – Handel’s Messiah, Haydn’s Mass for Troubled Times and Beethoven’s Choral Fantasy – the choir will join the SOI under the batons of conductors Gavin Carr and Zane Dalal along with highly-acclaimed soloists from across the globe. The Choir has a membership of approximately 150 singers and has performed not only a capella, but also with a number of orchestras and conductors from all across the spectrum of western classical music. The Bournemouth Symphony Chorus has built up a large catalogue of major recordings, which have taken its name around the world. Awards include a Grammy in the USA for Walton’s Belshazzar’s Feast under Andrew Litton, a Gramophone magazine award for Delius’s Sea Drift, Songs of Farewell and Songs of Sunset, Classic FM CD of the month for Orff’s Carmina Burana under Marin Alsop, and Gramophone Editor’s Choice of the Month for Bernstein’s Chichester Psalms.

Gavin Carr was appointed Chorus Director of the Bournemouth Symphony Chorus in 2009 and also serves as the associate conductor of the Philharmonia Chorus and Guest Chorus Director of the BBC Symphony Chorus. The Bournemouth Symphony Chorus will be joined by soloists Erica Eloff (soprano), Marta Fontanals-Simmons (mezzo), Toby Spence (tenor), Neal Davies (baritone), and Gabriel Carcano (piano), in Beethoven’s Choral Fantasy and Haydn’s Mass for Troubled Times. In the Choral Fantasy, Beethoven marshalled all the forces available to him, in what is rightly known as a forerunner of his great ninth symphony. Haydn’s Mass In Angustiis or Mass for Troubled Times is a perfect marriage of sacred music and symphonic finesse and considered one of Haydn’s finest compositions.

Associate Music Director of the Symphony Orchestra of India, Zane Dalal, will lead the SOI in performances of Schubert’s Symphony No. 8 “Unfinished”, and Mendelssohn’s Piano Concerto No.1 and Symphony No.4 “Italian”. This immensely popular concert of symphonic favourites is due in large part to the way in which both Franz Schubert and Felix Mendelssohn can wend a tune. The ‘Unfinished’ symphony delicately coaxes sound from strings and solo woodwinds alike that remind us of Schubert’s supreme gifts as a composer. The Mendelssohn Piano Concerto is a fine vehicle for dynamic pianism while Mendelssohn called the “Italian” symphony, “the jolliest piece I have ever done”. Pianist Roberto Prosseda is considered to be a leading interpreter of Mendelssohn’s piano music. His Decca albums dedicated to Felix Mendelssohn, including the Piano Concerto No. 3 with the Gewandhaus Orchestra and Riccardo Chailly, have won much acclaim in the press, including the CHOC from Le Monde de la Musique Classique, the Diapason d’Or and Chamber Music CD of the Month in the UK’s Classic FM magazine. Prosseda has performed regularly with some of the world’s most important orchestras, such as the London Philharmonic Orchestra, New Japan Philharmonic, Moscow State Philharmonic, Berliner Symphoniker, Staatskapelle Weimar, Royal Liverpool Philharmonic, among others.