Patricia Rozario on performing for PM Modi at Wembley Stadium

We would like to congratulate Soprano Patricia Rozario on performing the British National Anthem for Prime Minister Narendra Modi at the Community Address in Wembley Stadium, London. 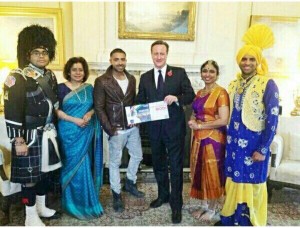 “I was honoured to be performing at Wembley Stadium on this very special occasion of Prime Minister Narendra Modi’s visit to London.   It was exciting to visit No 10 Downing Street earlier in the week to present the UK Prime Minister David Cameron with an invitation to Wembley!  I also enjoyed working with 180 children from 3 North London schools to help them prepare the 2 National Anthems for the occasion.  They were quite amused to hear an opera singer and it was lovely to see how interested they were.”

Born in Bombay, Patricia Rozario studied at the Guildhall School of Music, winning the Gold Medal, and at the National Opera Studio. She has been the recipient of many prizes and awards, including the Maggie Teyte Prize. She has enjoyed a wide-ranging career in opera, concert work, recording and broadcasting. Patricia’s unique voice and artistry has inspired over 15 of the world’s leading composers to write for her, notably Arvo Pärt and Sir John Tavener, who alone wrote over thirty works for her. She has performed with world-renowned conductors, including Sir John Pritchard, Solti, Ashkenazy, Jurowski, Belohlavek, Gardiner, Pinnock, Ivan Fischer, Hickox and Andrew Davis, and sung opera at Aix-en-Provence, Amsterdam, Lyon, Lille, Bremen, Antwerp, Wexford, English National Opera, Glyndebourne and Opera North. She has also given concerts and recital worldwide and appeared frequently at the BBC Proms. 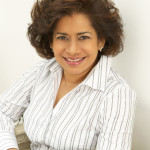 Patricia has given the world premieres of many pieces written especially for her, including works by Arvo Pärt, Roxanna Panufnik, Andrew Gant and John Tavener. On the opera stage, she created the role of Belisa in Simon Holt’s The Nightingale’s to Blame, and sang in the premieres of Errolyn Wallen’s operas at the Linbury Studio, and Golem by John Casken. Further operatic highlights include Ilia Idomeneo for Glyndebourne, Zerlina Don Giovanni at Aix-en-Provence and Servilia La clemenza di Tito for Opèra de Lyon. Her extensive discography includes major works by John Tavener, Arvo Pärt and Roxanna Panufnik ‘Dance of Life’ Talinn Mass, as well as recordings with Graham Johnson for the Hyperion Schubert Series.

Future highlights include performances at Dartington, Harrogate Festival, Brinkburn Festival, and the Con Brio Festival in India, as well as two concerts in Tallin to celebrate the birthday of Arvo Pärt.

Patricia Rozario was awarded the OBE in the New Year’s Honours in 2001, the Asian Women’s Award for achievement in the Arts in 2002 and the Pravasi Bharatiya Samman Award in January 2013. She received a fellowship of the Royal College of Music in 2014.