Since 2010, Con Brio has been pushing the limits of Western classical music performed in India with a focus on local talent. By Florestan Furtado

Back in November 2009, when cellist Friedrich Kleinknecht and Parvesh Java met for an early morning coffee at Café Leopold and decided to celebrate the 200th birthday of Robert Schumann, little did they think that nearly nine years later, their not-so-little birthday party, ‘Schumania’, would go on to become an annual festival central to the Western classical music calendar in India. Over the years, Con Brio has given nearly 50 Indian pianists, singers and strings players and over 100 choristers, living in India, a platform to perform. The music house of Furtados needed no convincing to produce a festival that was centred on local talent, and Anthony Gomes proposed adding a national piano competition in memory of his late father, John Gomes. With such vigour and spirit, Con Brio was born. The success of the festival belongs to the performers, and four are critical to its journey. Right from the first year, Marialena Fernandes and Paul Stewart offered support to come and perform with young Indian musicians, and from the second year, Mark Troop and Patricia Rozario joined the core team. In addition to performing, these four have mentored the musicians and provided a direction to the festival. So, with their blessings, this year Con Brio is coming of age by taking the stage without them. Over the years, the stress has been on exploring lesser-known works and composers. Glazunov’s Festival Cantata and Vanraj Bhatia’s Piano Concerto were both retrieved from the archives and performed after several decades. Unknown composers such as Destenay, Drigo, Migot and Netzel were presented in India for the first time. Arrangements have also been a mainstay of Con Brio, the most exciting being the arrangement of the finale from Beethoven’s Ninth Symphony for chorus and 8 pianos 32 hands, prepared to celebrate 150 years of Furtados’.

A risk worth taking

Con Brio has also taken risks with repertoire, giving audiences not necessarily the kind of music that they will enjoy, but the kind of music that will open their minds and ears to different possibilities. When Terry Riley’s ‘In C’ was performed, some in the audience cringed at the soundscape they experienced, but they also appreciated knowing the directions classical music had taken in the 20th century. There are no words to describe the energy in the theatre when John Cage’s 4’33 was performed. Audience members were uncomfortable, many unable to understand the silence. 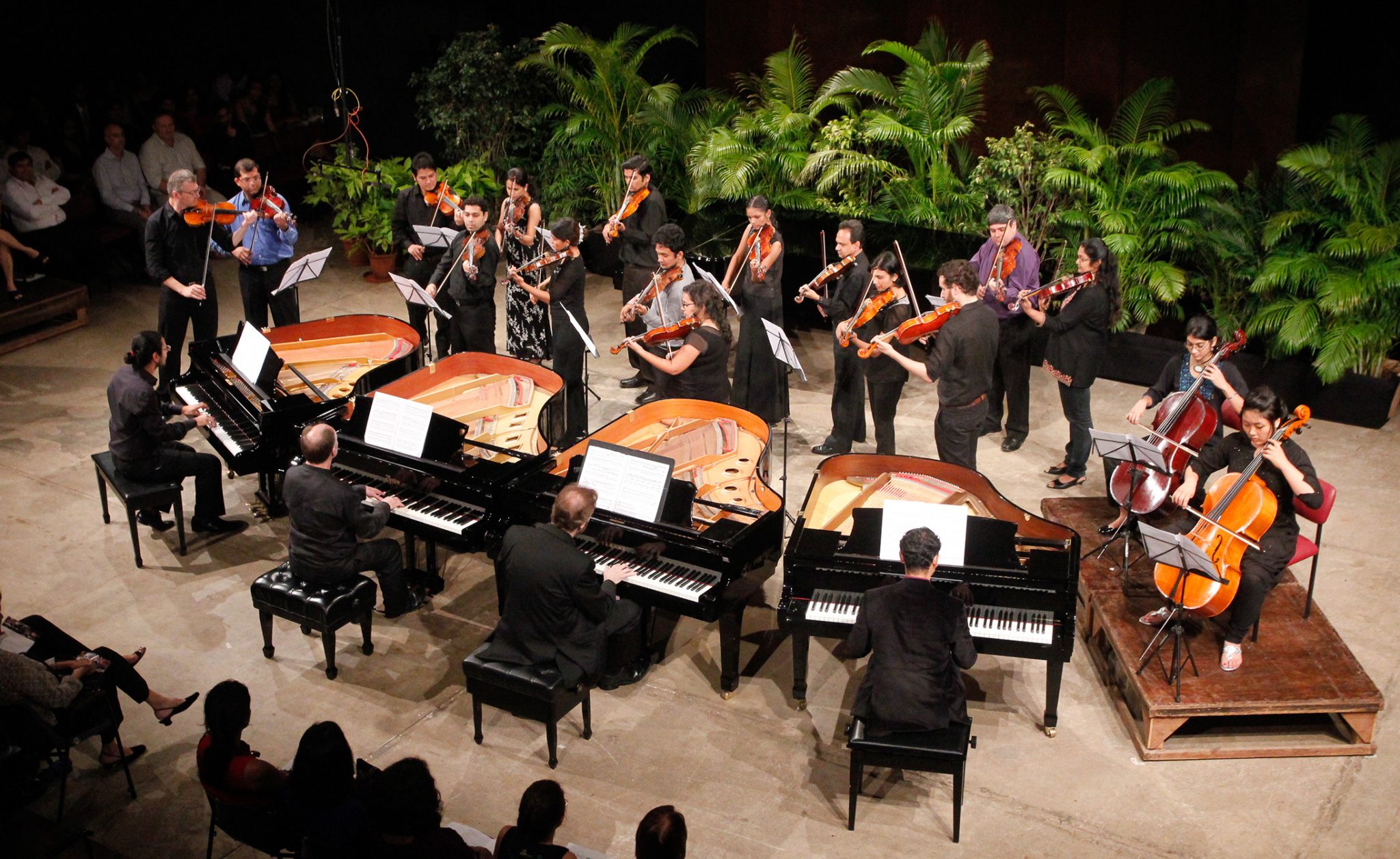 Con Brio has also taken a stand for local musicians and in that spirit presented The Little Sweep, an opera by Benjamin Britten, in 2013, which was the first time an opera was performed by an all-Indian cast. The other half of Con Brio is The John Gomes Memorial Piano Competition, which has seen all of India’s finest young pianists perform. Through the competition, the pianists get to know each other, and this aspect of community-building was the primary objective of the competition. In the past eight years, over 200 pianists have been heard, and this year 45 pianists submitted audition videos for the competition. Eight past Con Brio winners: Chelsea De Souza (2010), Neville Bharucha (2011), Chloe De Souza (2012), Priya Ann Fernandes (2013), Shirley Manuel (2014), Nakul Jogdeo (2015), Rajat Chowdhury (2016) and Sonam Lodhi (2017), will not just be part of this year’s festival, but will lead it.

So after eight years of adventurous programming, the festival contingent, composed solely of young Indians, will come together to present three concerts of well-known works, by well-known composers in their entirety and original unedited form. There has always been a theme, and this year will be no different. Three very significant ideological movements will be elucidated through the three programmes: Enlightenment, Romanticism and Modernism. Each of these movements had a core principle, which affected music written during this time. The themes this year

During the Age of Enlightenment the stress was on reason and the application of intellect. We see this in the late baroque period, which witnessed some of the most complex polyphonic music being written as the technical understanding of music developed. We also see the application of reason in the early classical period that pulled back on this complexity and showed preference for the gallant style of writing, which was more transparent. Romanticism was a revolt to the over-scientific ideals of the Enlightenment, by focussing on the individual, and empowering individuals to express themselves freely. Modernism was the inevitable culmination of all these ideologies because it allows for everything and composers started going against the most fundamental principles of tonality, rhythm and form.

Mozart’s Kegelstatt Trio, Schubert’s beloved Trout Quintet, Brahms’s New Love Song Waltzes and Chausson’s Chanson Perpetuelle are some of the highlights of this year’s programme. The first Con Brio winner, Chelsea De Souza, will perform Haydn’s Piano Concerto in F. The Paranjoti Academy Chorus has been gracing the festival with its presence for the past four years and will do so again this year. String players have been central to the festival’s success over the years, and the festival string ensemble will be an essential part of this year’s programme. Before Con Brio has its big tenth year with everyone in tow, this year is a showcase of how progress is inevitable with the right kind of support and encouragement.

Friedrich Kleinknecht passed away in December 2017. After his first visit to India, when he performed under the baton of Zubin Mehta, he had developed a strong passion for the country. He was tremendously hopeful about the future of Western classical music in India and especially the work of those born and bred here. Coming of Age is a tribute to him, to let him know that his vision is on track.

Con Brio 2018 will take place from 20th to 22nd July at the Experimental Theatre.

This piece was originally published by the National Centre for the Performing Arts, Mumbai, in the July 2018 issue of ON Stage – their monthly arts magazine.