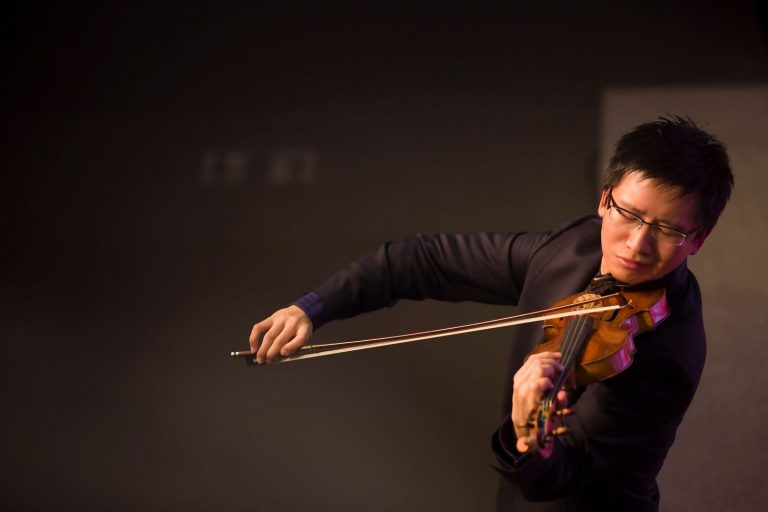 Autumn 2017 Season of the Symphony Orchestra of India

The Autumn 2017 Season of the Symphony Orchestra of India (SOI) will be a treat with a lineup of performances guaranteed to awe the audience. This Autumn, the SOI promises to bring yet another momentous season full of splendid performances. Featuring an international star cast comprising celebrated artists such as Stephen Hough, István Várdai and Dan Zhu. The concerts will be led by renowned conductors Jacek Kaspszyk, Karl Jenkins, and SOI resident conductor, Evgeny Bushkov.

“We have always prided ourselves on the celebrated talent we have been able to showcase with our Orchestra. This season, music aficionados will be able to witness a new piece by a living composer in Karl Jenkins’ The Universe, conducted by the composer, himself. I hope our audiences will enjoy and appreciate this unique musical experience. We are also delighted to have Stephen Hough, one of the greatest living pianists perform the Emperor concerto with us.”

The season will open with a performance lead by Polish conductor Jacek Kaspszyk featuring cellist István Várdai, performing Dvořák’s cello concerto, arguably the most famous piece in the genre. Jacek Kaspszyk has conducted many major orchestras throughout the world including the Berlin Philharmonic, Bayerischer Rundfunk, RSO Berlin, Orchestra de Paris, the Chamber Orchestra of Europe, and all the major London orchestras. István Várdai is the only cellist in the world to have won both the International Cello Competition in Geneva (2008) and the ARD Competition in Munich (2014), the two most important competitions for cellists.

Dan Zhu, regarded as one of the finest Chinese violinists, will join the SOI and Kaspszyk in the second concert of the season. Dan Zhu’s recent performance with the Boston Symphony at the Tanglewood Festival was hailed by critics as “truly brilliant, compelling, and polished”. He has appeared with many orchestras under the direction of renowned conductors such as Zubin Mehta, Philippe Entremont, and Christoph Eschenbach, amongst many others.

The next two concerts of the season will feature world-renowned composer Karl Jenkins performing his new piece, The Universe. Declared the most-performed living composer in a recent survey, Karl Jenkins is a rarity among contemporary composers, balancing popularity with innovation. His The Armed Man: A Mass for Peace alone has been performed over 2,000 times in 20 different countries since the CD was released, while his recorded output has resulted in 17 gold and platinum disc awards. In 2015, he became the first Welsh-born composer to receive a knighthood for services to composing and crossing musical genres.

The season will conclude with the works of Beethoven and Mozart performed by Evgeny Bushkov and Stephen Hough. One of the most distinctive artists of his generation, Stephen Hough combines a distinguished career as a pianist with those of composer and writer. Named by The Economist as one of Twenty Living Polymaths, Hough was the first classical performer to be awarded a MacArthur Fellowship and was made a Commander of the Order of the British Empire (CBE) in the New Year’s Honours 2014.

An honored artist of Russia, Evgeny Bushkov brings his exceptional performing experience and impeccable artistry to his conducting. He has worked with several orchestras across the globe, including the Moscow Philharmonic, St. Petersburg Philharmonic, the orchestra of the Bolshoi Theatre, and the Orchestra Sinfonica di Milano ‘G. Verdi’, and is Artistic Director and Chief Conductor of the Belarusian State Chamber Orchestra.