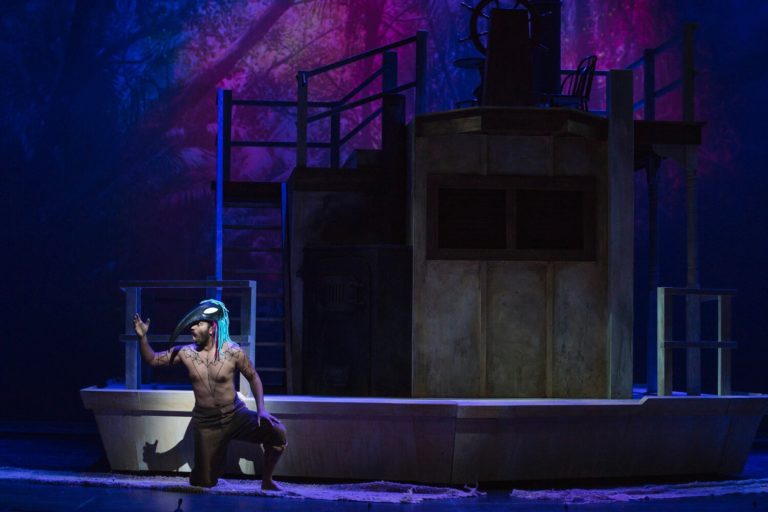 The discussion regarding the death of opera has been ongoing for about 400 years. Since its birth in Italy at the turn of the seventeenth century, people have been speculating its demise. However, this art form continues to endure. Singers continue to sing, composers continue to write, and audiences continue to be moved. Today opera, like most classical art forms, is facing a demographic crisis, audiences are overwhelmingly old and white. The expensive ticket prices combined with the socio-economic factors of wealth, race and class make this chasm seem even wider.

These are challenges faced by every theatrical institution, in every city, in every corner of the world. Repertory theatres, ballet companies, museums, opera houses are investing their resources into understanding what the youth want. By means of outreach shows, underwriting ticket prices, presenting more contemporary works, and rallying communities to have ownership of the art, operatic companies rely on their teams and their commitment to making the art accessible to audiences beyond traditional opera goers.

However, I believe that audiences today want what they’ve always wanted – a sense of connection. To be moved by something created long before they were born, and to see that it continues to have new life. To be reminded again that people in all points of history have essentially been the same. They have all felt the same joy, the same sorrow, the same inexplicable sense of being connected to something or someone across space and time. THIS is why, in my humble opinion, art is important… and opera is important, and relevant and all those other things.

As an actor and singer who came to opera relatively later in life, I continue to examine my place in it. I had written to a mentor once about my feelings on being a brown body in a “white” art form. He wrote back, saying,

“The greatest works in any form absolutely transcend the local conditions of their origin, and even the historical structures from which they emerge. Which is exactly why they keep speaking to different people in times and places to come.”

I believe opera, like Shakespeare, continues to be relevant in our times, and it is our duty as practitioners of this art to interpret it as such.

My two years with Yale opera, in addition to giving me incredible training, have helped me further explore what I wish to say as an artist. I have been a student of Doris and Richard Cross – two legendary American opera singers, whose combined careers have spanned over a century. Previous collaborators of theirs have included singers like Luciano Pavarotti and Joan Sutherland, and an enviable list of composers like Igor Stravinsky and Giancarlo Menotti. Through them, I have further developed my instrument, and had the opportunity to explore the traditional canon of opera.

Yale opera functions much like an actual opera company in that they accept only enough singers to maintain a full roster, and much of our commitments for the year are operatic productions. This “learn-by-doing” approach helps in honing all the skills one needs to be an operatic performer in the 21st century. In addition to singing and coaching languages, we also work on acting and movement. During my time here, I will have performed in five fully staged productions in school itself. The roles that I have/will play this year include Riolobo in the 1996 opera Florencia en el Amazonas by Daniel Catan, and the titular role in Puccini’s 1918 opera Gianni Schicchi.

I spent last summer as an apprentice artist with Chautauqua opera where I sang Babayan in ¡Figaro! (90210), a modern day adaptation of Mozart’s classic by Vid Guerrerio. Chautauqua Opera and its artistic director Steven Osgood are deeply committed to new works, and working with them was a real highlight of my time in the US.

I hope to be spending this coming summer with the Glimmerglass Festival in New York, where I will be singing Morald in Wagner’s Die Feen (director – Francesca Zambello, conductor – Joseph Colaneri). The Inlaks Foundation’s transformative support has helped me work on my artistry and explore what it means to be a performer in the twenty first century. I am filled with immense gratitude as I look towards the future and to the work I wish to do in opera, theatre and on screen.