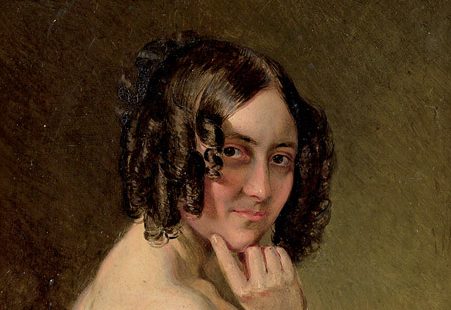 It’s probably one of the most instantly recognised ring tones on your mobile, and piano students are expressly forbidden to play it in piano showrooms! By now you must have guessed that I am talking about Beethoven’s Bagatelle Für Elise. Despite it’s almost universal musical appeal—or contempt depending on whom you talk to—the inspiration and muse behind this little gem is still hotly debated in 2016! Since the original autographed manuscript has been lost—only two surviving drafts closely resembling the published version have survived—a number of wonderful anecdotes have told and retold the story over the centuries.

The most popular anecdote suggests that in the spring of 1809, Beethoven fell in love with his beautiful student Therese Malfatti von Rohrenbach zu Dezza. He was 40 and she was 18, and Beethoven apparently mistook her admiration, esteem and devotion for him to be love! According to popular lore, Beethoven was invited to the Malfatti household in 1810 for an extensive cocktail party for the business partners of Therese’s father. Beethoven wanted to formally propose marriage to Therese on that evening after playing a bagatelle he had composed especially for her. Unfortunately, so the story, he got so drunk that he was unable to play or propose. All he was able to do is write “Für Therese” on the title page of the bagatelle. But since he was overly refreshed on alcoholic beverages, his writing, not easy to read at the best of times, became essentially illegible. When the score was supposedly discovered in Therese’s estate in 1867, almost 40 years after the composer’s death, it became “Für Elise.” It all begs the question, are “Therese” and “Elise” the same woman?

We do know that Beethoven seemed to have been at least half serious about marrying Therese, because he asked a good friend to forward his birth certificate from Bonn, which would have been required for marriage. A recent study has suggested that the piece might actually have been written for the German soprano Elisabeth Röckel, who later became the wife of Johann Nepomuk Hummel. “Elise,” as she was known around town, had been a good friend of Beethoven’s since 1808. Juliane Katharine Elisabet Barensfeld, who used “Elise” as a variant first name, has also been suggested as a possible dedicatee. A child prodigy, she traveled on concert tours with Beethoven’s friend Johann Nepomuk Mälzel, and Beethoven dedicated the work to the 13-year-old pianist as a favour to Therese Malfatti, who lived opposite the Barensfeld residence. Others have argued that “Elise,” as it frequently appears in German poetry, is simply a term of endearment analogous to the English use of “Phyllis” for nature. And it has even been suggested that the original signed manuscript might never have existed! No doubt, the debate will rage on for centuries!

“Now fare you well, respected Therese. I wish you all the good and beautiful things of this life. Bear me in memory—no one can wish you a brighter, happier life than I—even should it be that you care not at all for your devoted servant and friend.”

There is one more cute and interesting side story, however. When Beethoven’s supposed marriage proposal was rejected, he wrote to a friend

“You’re wrong to think Gigons only goes to you. No, I too had the good fortune to have him stick to my company. He dined by my side in the evening, and then accompanied me home. In short, he provided some very good entertainment.”

Oh, did I mention that Gigons was Therese Malfatti’s dog?