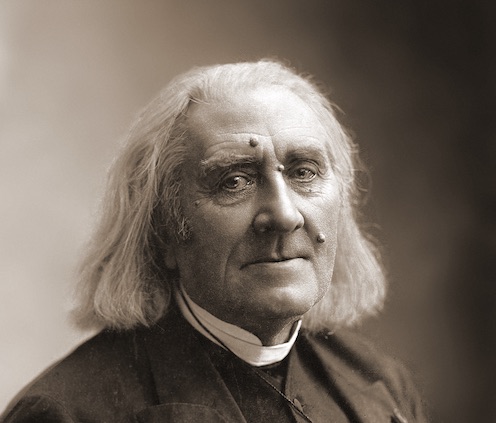 Cited as the first composer to rethink every parameter of his music, Franz Liszt was an inveterate boundary-pusher, as eccentric as he was prolific, and without a doubt, the prototype of the modern-day rock star. By Manohar Parnerkar

Franz Liszt, the 19th-century Hungarian-born composer, pianist and conductor, will always remain special to me for two reasons: One, he was the first major composer of Western classical music whom I discovered through a Hollywood movie. This was the 1960 biopic, A Song Without End, starring British actor Dirk Bogarde as Liszt. And two, what kindled my lifelong love affair with Western classical music was Liszt’s perennially popular composition, Hungarian Rhapsody No. 2 in C-sharp minor for solo piano. Little did I know then that not only was Liszt a pianist’s pianist, but he was even more charismatic and colourful in real life than the version evoked on screen by Bogarde. Needless to add, Liszt was also a primeval force of 19th-century Romanticism.

If the Romantic era were to be defined by one single composer, it would have to be Liszt. Yet, to say that the maestro was a colourful figure would be a truism, somewhat like saying that there are many stars in the sky. However, before coming to the many fascinating facets of Liszt’s persona, let us take a quick look at his highly abbreviated curriculum vitae.

Liszt was born in Raiding (Hungary) in 1811, and died in Bayreuth (Germany) in 1886. After 1827, he lived most of his life in Paris. One of the greatest pianists of all time, he was also a pioneering showman who practically invented the public piano concert format and became the first international superstar of Western classical music. A versatile composer who wrote symphonies, songs, Masses, oratorios and concertos, he also invented a new musical genre called the symphonic poem. Not only was he a great conductor of music, he was also a piano teacher, a critic, an essayist and a littérateur.

The Pulitzer Prize-winning American music writer Harold C. Schonberg once characterised Liszt as a “virtuoso, charlatan, and prophet”. Liszt could indeed be described as the perfect embodiment of Faust and Mephistopheles, the two polar protagonists of Goethe’s classic play Faust; suffice it to say, the first stands for idealism while the second embodies the Devil himself. It also seems singularly apposite that Liszt based his famed Faust Symphony on the German poet’s eponymous play in three movements, of which the first and third are titled Faust and Mephistopheles respectively.

Liszt was a man of legendary charisma, magnetism and aura. Tall and slim with a forceful mien, shoulder-length hair and a large forehead, Liszt cut a strikingly handsome figure. He was a piano conjurer who was armed with colossal technique and unprecedented sonority, and who would rouse his audiences with his playing to such ecstatic and frenzied states that the phenomenon that swept Europe came to be named as ‘Lisztomania’. Women swooned over Liszt: some fought over shreds of his handkerchiefs and gloves. This latter-day Don Juan, who never married, acquired such notoriety even as a young lad that the last words ascribed to his dying father are supposed to be, “I fear for you and the women…”

Liszt’s countless amorous conquests included Marie de Flavigny, countess d’Agoult and Princess Carolyne Sayn-Wittgenstein. He also took for a while as a mistress Marie Duplessis, the most famous French courtesan of her day, whose thinly veiled depiction appeared as Marguerite Gautier, the main character of the novel La Dame aux Camélias by Alexandre Dumas the younger, and as Violetta, the heroine of Verdi’s famous opera La Traviata. Cosima, one of the progeny he sired out of wedlock, was married first to the famous German conductor, pianist and composer Hans von Bülow, whom she divorced to marry Richard Wagner, Bülow’s mentor.

The crowning irony was that Liszt was a personal friend of Pope Pius IX and in 1865, when the composer was 53, he took lower orders becoming an Abbe in the Catholic Church, even as he carried on his amorous escapades.

I must, however, clarify that the epithet ‘charlatan’ used by Schonberg for Liszt may not always justifiably apply to the composer. The first major music critic to describe him as ‘charlatan’, as early as in 1878, was none other than George Bernard Shaw. But to be fair to Liszt, Shaw’s judgment of him was based on the composer’s single work, his symphonic poem Mazeppa, which the redoubtable critic had found to be “false art lacking in musical power”. Suffice it to say, later critical opinion on this particular attribute of the composer has been divided.

It is difficult to believe that the man who appears as something of a devilish Casanova also hid within himself a most noble aspect. He was tireless in his charity work, and taught many young pianists, never charging them even when his own means were slender. As a proselytiser, he selflessly promoted or enhanced careers of several composers including those of Wagner and Chopin, the two most famous beneficiaries of his generosity.

A big part of Liszt’s legacy are his splendid innovations. He invented the symphonic poem, also called a tone poem, which is a one-movement programmatic piece for orchestra. The programme on which the music is based may be narrative – for example, a legend, an episode from history, a story, a play, a poem or a painting which may have fired the composer’s imagination. Liszt invented this entirely new musical form in the late 1840s, and wrote 13 symphonic poems including Les préludes, Tasso and Mazeppa.

As for his oeuvre, the paradoxes, contrasts and excesses that so dramatically marked Liszt as a man are fully reflected in the range of music that he created. To quote Alan Walker, the author of an impressive three-volume biography of Liszt published in 1996, “Liszt’s music, like his life, is filled with contrast and unfolds across a variety of genres. It moves from the sacred to the secular, from the stage to the study, from ‘programme’ to ‘absolute’ music, from God to the devil. And these categories are themselves made more complicated by the variety of styles which cut across them. Some of Liszt’s works are full-blooded, outgoing, flamboyant. Others are withdrawn, economical, ascetic.”