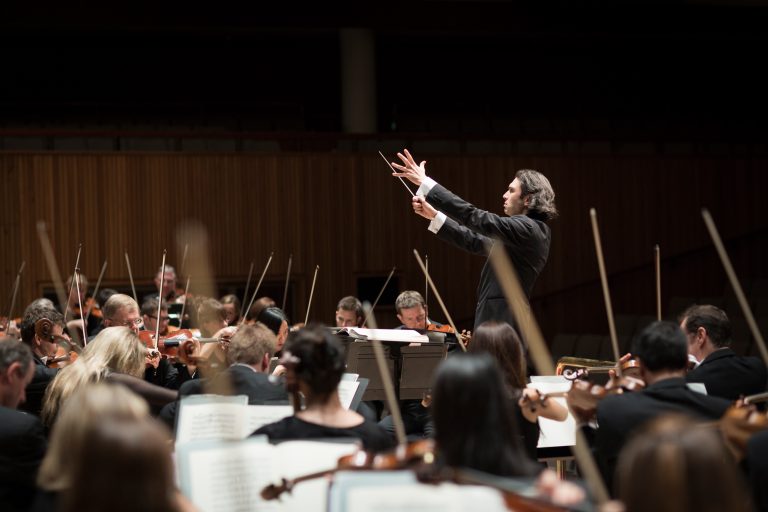 As a music lover, and if I take a leap forward to call myself a ‘connoisseur’, the opportunity to witness some of the big orchestral performances in London was a delightful experience!

About the London Philharmonic Orchestra Founded by Sir Thomas Beecham in 1932, the London Philharmonic Orchestra is resident at South Bank Centre’s Royal Festival Hall. Since 2007, Vladimir Jurowski is their Principal Conductor and the Artistic Advisor. Andrés Orozco-Estrada has been the principal guest conductor since 2015, and Magnus Lindberg is the orchestra’s current composer in residence.

For the last 50 years, the orchestra has also been the resident Symphony Orchestra at Glyndebourne Festival Opera in Sussex. Touring is a significant marker for the orchestra and in 2016/17, LPO’S tours include New York, Germany, Austria, Hungary Spain, France, Belgium, The Netherlands and Switzerland.

LPO is known for its television and radio broadcasts and even has its own record label since the year 2005. LPO has been involved with some blockbuster soundtracks for films such as the Lord of the Rings (Trilogy), Lawrence of Arabia, East is East, The Hobbit, and Thor. The digital presence of the orchestra makes it more accessible.

This was my very first concert experience of the LPO series. The Haydn Overture was perhaps chosen for its point-blank theatricality. The celebratory onset made way for the otherwise untypical compositions of Mahler and Mozart. Keeping the general rustic mood of Mahler’s fourth symphony, Vladimir Jurowski dabbled with the deeper elements subtly. While the woodwind section charmed with its earthy tonality, the string section rendered it a smooth support. In Des Knaben Wunderhorn, Sofia Fomina’s bright soprano brought forth the Mozartian innocence embedded in the last movement of Mahler’s fourth, portraying the ‘child’s vision of heaven’. In his debut performance with LPO, soloist Lucas Debargue presented a somewhat restrained but a modest rendition of the Mozart Concerto No. 24 in C minor K491.

As a connoisseur, Osmo Vänskä’s conducting took me to another world altogether. What struck me most about the Sibelius performances were the intense, angry moments. There was clarity and brevity in the symphonic storytelling and an overwhelming sense of sailing into no-where, only to resurface suddenly. The woodwind section shone remarkably. The sound of the brass and the percussion section appealed to me more than the string section. One could actually sense the anxiety surrounding death in Sibelius’s 4th. This was the conductor’s penultimate concert for the Sibelius Cycle and his expertise in shaping the tones was well demonstrated. In the 5th Symphony, the flight of the swans by the joyful trumpets alongside the soft strokes of the violin section, was the highlight of the evening. Raphael Wallfisch did a masterful rendition of the Elgar Concerto in E Minor whereby the cello and the orchestra maintained an abiding conversation.

Lucy Crowe, Paula Murrihy, Allan Clayton and Peter Rose were the soloists and their voices took turns at being mellifluous and intrepid wherever necessary. Beethoven usually wrote secular pieces but Missa Solemnis celebrates the creator and exhibits a certain disdain towards mankind. Mark Elder successfully created that imagery with the help of LPO and the choir. Overall, an introverted interpretation, there was enough room left for urgency. A deeply reverential Kyrie was followed by Gloria which marked ceaseless enthusiasm. A fully grounded Credo brought back devotional strands and finally Agnus Dei gave vent to the underlying angst and fury. The tessitura of the women soloists coloured the piece appropriately. Lucy Crowe’s voice soared above the choral and orchestral ensemble. Paula Murrihy was full of zeal. Allan Clayton and Peter Rose provided glimpses of devotion as well, the latter, especially in Agnus Dei.