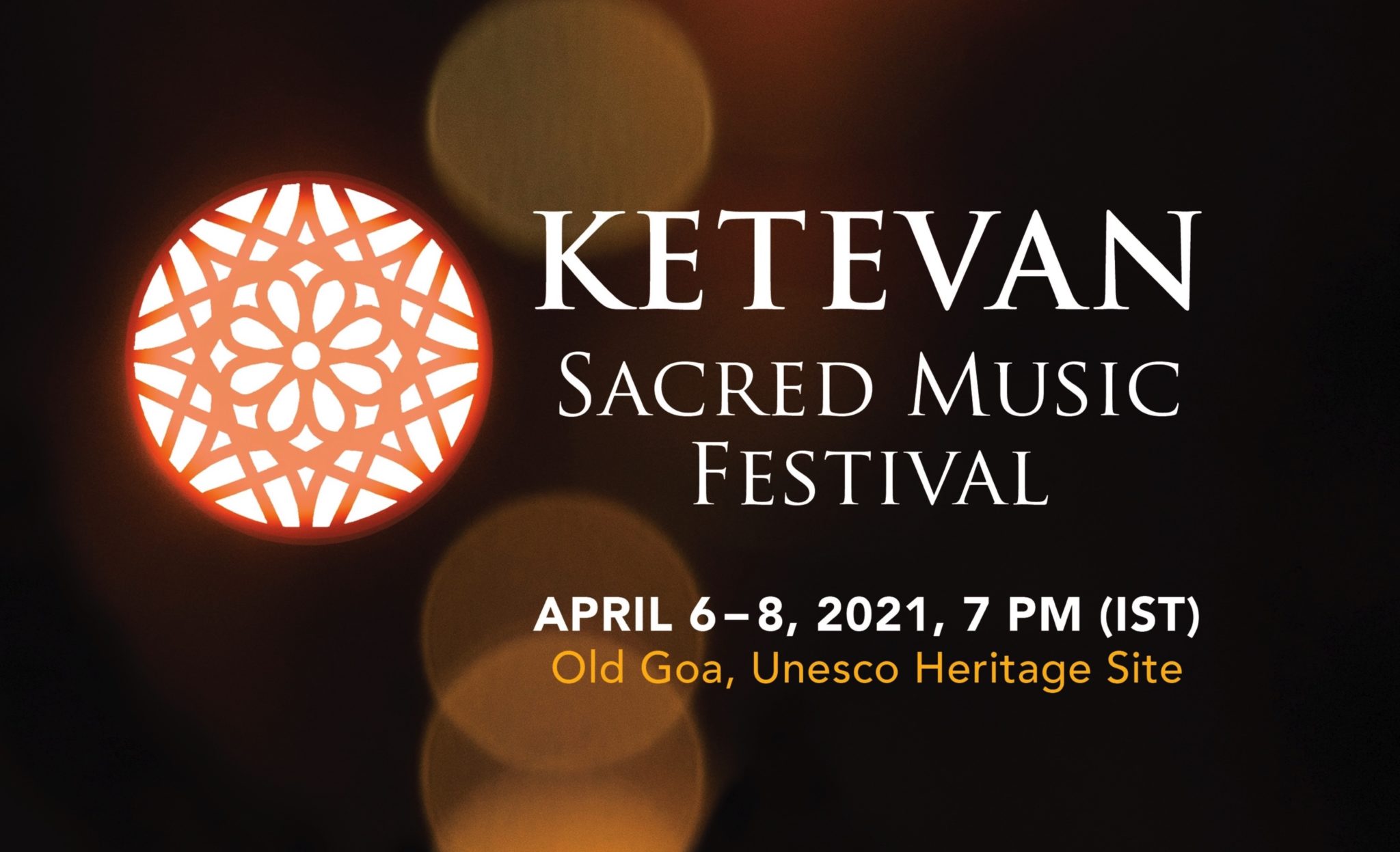 This year, the three-day Ketevan Sacred Music Festival will – for the first time since its inception in 2016 – host an online edition so as to respect the safety norms of the ongoing pandemic. Ketevan’s aim has always been to celebrate inter-religious coexistence by putting together soulful Western and Eastern sacred music programs from various spiritual traditions across the globe. Accordingly, this 6th edition will offer concerts, talks and interviews shot in different heritage monuments in 8 countries – India, the USA, the UK, Portugal, Japan, Georgia, Australia, Argentina and more than 10 cities, including Old Goa, Boston, London, Los Angeles, Lisbon, Liverpool, Varanasi, Tokyo, and Tbilisi, among them. There are over 100 participants and 16 collaborations and the productions were specially recorded and produced by the Ketevan Festival. At a time when the world is still adapting to the concept of a new normal, this annual festival will bring a relevantly curated line-up of events to its worldwide audience. The program includes wonderful concerts such as the monks of the Tibetan monastery of Drepung, Western Sacred Choral by the LA Choral Lab from Los Angeles, California, Dhrupad Chants from noted classical singers, Orthodox Chants at the Caucasus Mountains, Portuguese Ancient Sacred Music live from the wondrous site of Quinta da Regaleira (Lisbon), plus original music written especially for this edition and performed at Arboretum at Harvard University and also at the stunning Unesco Heritage City of Old Goa in India, among others.

The co-founder and artistic director of the festival, Dr. Santiago Lusardi Girelli says,

“In these times of social distancing, an uncertain future, and ongoing crisis, it is essential to rediscover the value and richness of the sacred, the incorruptible, the eternal. This is where our Festival seeks to recreate that atmosphere, where the sacredness of sound leads us to discover and distinguish the perishable of the eternal, and enable us to find that eternity habitats in our own voice.”

These performances and the online versions  of all other videos, interviews, and performances will be available to watch and enjoy from the comfort of your home and in your own time, for free, on the festival’s website, ketevansacredmusicfestival.com  and on YouTube. Founded in 2015 as a space for artistic, spiritual, and musical dialogue, the Ketevan Sacred Music Festival is held annually. More than 300 artists, musicians, soloists and choirs from across has visited the Ketevan Festival on its previous editions. Every March, since 2016, the world come together to offer world-class performances, as thousands of participants bring the city of Old Goa (a UNESCO Heritage Site) to life for a celebration of choral music in all its many forms. One of India’s premier international interreligious sacred choral and traditional music festivals, the Ketevan Sacred Music Festival is noted for its high standards and eclectic wide-ranging programs.

The Goa University Choir, being the host and resident artist choir of the festival, have recorded three pieces – the BIG OCEAN CANTATA, which is a piece that was composed by Santiago Lusardi Girelli and dedicated to the Dalai Lama on his visit to Goa in December 2019, the VOX CLAMANTIS ORATORY (world premiere), written to the memory of the world admired French monk Charles de Foucald, and a program on St Francis of Assisi´s Prayer of Peace, in collaboration with the awarded Dhrupad singer Pandit Ritwik Sanyal.

The festival kick-starts with THE BIG OCEAN CANTATA featuring the Goa University Choir, Kushmita Biswakarma and Santiago Lusardi Girelli followed by the Om Mani Padme Hum mantra by SERME KHEN RINPOCHE GESHE TASHI TSERING, Abbott of Sera Mey Monastery and the Dalai Lama Chair at Goa University. A short documentary of the DREPUNG MONASTERY MONKS, interview and performance will give you an insight into the life of a monk and more. The NIGHTINGALE VOCAL ENSEMBLE have specially written music for the festival and recorded at Harvard University, Boston, US titled The Divine in Nature, which will be premiered at the festival. Next, with over 20 years of experience as an Indian cello player and as a disciple of HariPrasad Chaurasia is the performance by Saskia Rao. Here we’ll get to hear the confluences of a Western cello with some characteristics of the sitar. Lastly, the SAKHIOBA ENSEMBLE will enthrall you with their traditional Georgian Sacred Chant.

Day two will begin with a performance by PANDIT RITWIK SANYAL and LUX VOCALIS ENSEMLE using the famous St Francis of Assis Payer of Peace and a DHRUPAD CHANT – A life dedicated to Dhrupad in Sanskrit and Latin shot in the quaint chapel of St Antonio, Old Goa. On the same day, CARDO ROXO ENSEMBLE will play sacred Portuguese music recorded at Quinta da Regaleira – UNESCO Heritage Site. To prove to us that music is also about finding new ways of expression and connecting with the youth we have YOGETSU AKASAKA, a beatboxing zen Buddhist monk based in Tokyo who combines traditional Buddhist chants and electronic music to create something completely original and unconventional. The day will conclude with a performance by AGHSAVALI CHOIR – Georgian Orthodox Chant at the Shio Mghvime Monastery.

The last day of the festival will start with a pipe organ performance at Mossley Hill Church, Liverpool, UK by Dr COLIN PORTER as the organ has been one of the most important traditions of sacred music and mother of sacred instruments. This will be followed by a talk – thoughts and Ideas on Sacred Music by Maestro Michael Alfera of LA CHORAL LAB VOCAL ENSEMBLE, Los Angeles, US. Goa’s very own Ektaal Children ́s Choir have recorded two songs for the festival and Woodstock School Choir (MUSS) will sing a song on peace. Next is a talk about the need of singing and coexistence experiences, in all cultures, at all ages by Dr CRAIG COOK (US). The festival will end with the world premiere of VOX CLAMANTIS CANTATA featuring Maestro SANTIAGO LUSARDI GIRELLI, VRPP, Western Music Chair, Goa University, Goa University Choir and the Festival Ensemble. Finally, an insightful introduction about Charles de Foucauld and the Universal Brotherhood by Dr Fth. EDUARDO MANGIAROTTI (Buenos Aires, Argentina).