The NCPA and the MTV India Music Summit collaborate

For the past two years, the MTV India Music Summit has been bringing musicians and music aficionados together for a three-day long festival in Jaipur. This year, the SOI Chamber Orchestra travelled to Jaipur for the first time to perform at the summit. We spoke to Gulzara Shakir, leader of the chamber orchestra, about the experience.

ON Stage: The SOI Chamber Orchestra performed in Jaipur for the first time. What were you looking forward to the most before your performance?

Gulzara Shakir: You know, it was a great show. A lot of artistes came and the audience gave us a very warm reception. Our performance was right after pop singer Kailash (Kher) and I was a little worried about how people would react to classical music after (a performance with) so much energy and fast music and popular Bollywood music. But when we started to play, I understood that the interest is very high in Western classical music. It was very beautiful.

OS: How did you decide what to play for the audience?

GS: We actually chose our programme like a menu in a good restaurant, with a nice main course and some dessert, some light music. We tried to avoid playing anything that people would have difficulty understanding since it was the first time the summit had invited Western classical musicians. So, we tried to keep our programme light. OS: Did you watch any other performance at the summit?

GS: Three of our students from the NCPA Special Music Training Programme performed the day before. It turned out to be a huge success as they were the youngest performers at the summit. I only got a chance to watch Kher who performed just before us. While waiting for our entry, we all watched his show and it was great.

OS: What, in your opinion, is great about the concept of the MTV India Music Summit?

GS: The MTV India Music Summit is a great way of bringing together musicians from all across India performing different genres of music. The audience gets to soak in the vibe of beautiful music from early in the morning to late at night, all taking place at the beautiful Fairmont Hotel in Jaipur. I’m really happy that we have started to travel and perform within India, and not just abroad. People should know that we have such a good professional orchestra. I hope that they will invite us to every summit.

OS: Any memories of your experience that will stay with you for a long time?

GS: It was very nice there. People were listening with a lot of attention and several came up to tell us how much they enjoyed our performance. At the airport too, when we were waiting for our flight, people recognised us and they said, “I was at your concert. It was beautiful,” and that made me very happy. 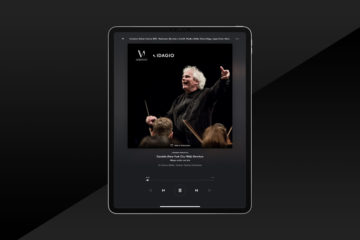