Violin icon, L. Subramaniam has composed The Bharat Symphony in the honour of India’s 70 years of independence. Commissioned by the City of Chicago, the work was premiered at the Chicago World Music Festival, Priztker Pavilion in Millenniium Park on September 9, 2017. The composition focuses on four major periods that symbolises India’s heritage. The first movement introduces one to the Rig Vedic chants, the second movement brings in the Islamic influences, the third movement emphasises on orchestral music to portray the British period and finally the last movement represents the ongoing intercultural dialogue. Use of specific instruments like the Tabla and the Violin makes the narrative further exciting.

Jaime Rodriguez Pombo: Bharat Symphony, conceptualised in four movements of distinctive historical epochs, shows how the music of India has been historically enriched by other musical cultures. For you, how important is this mutual enrichment between the musical cultures?

L. Subramaniam: Bharat Symphony is for me is the musical history of India in a single musical piece. The first section relates to the Vedic period, the base of our music. This is the time when our music was shaped and from there it evolves. The second one is the Mughal invasion. Our music receives the influence of Persian music and at this point what begins is the distinction of the present two musical traditions; Carnatic music and Hindustani music. In this second part, I use tabla, the North Indian percussion instrument which was created during this time. The third section is the British period and the music of this section reflects this period of our musical history. For this part of the symphony I used the Western orchestra being true to its own cultural nature and sound, avoiding any Indian musical influence. The last part of the Bharat Symphony is post-independence India. The most distinctive element in this last section is maybe the vocal factor- solo voice and a huge choir which symbolically wants to express the idea that the whole world should sing just one melody. So, the Bharat Symphony is basically a musical journey in four steps through the history of India.

JRP: On the other hand, what do you think about those voices (musicians and musicologists) who try to preserve the purity of the different musical traditions?

LS: Musicians are creative and they always contribute with something new in every period. For example, in Western classical music, every period of its history is different from the previous one and yet it is also classical music. The Baroque period was a very prominent time in Western music but later and after significant contributions by some great musicians, came the Classical period. And music from both periods is considered to be classical music, right? Music evolves with time and creative musical minds. Even some of the greatest Western composers (like Beethoven, Brahms, etc) have been influenced by Indian culture. So the process of enrichment is accomplished not just by creative individuals but also because of the mutual cultural enrichment. It’s a fact that most of the Indian musicians of my generation are collaborating with musicians from other classical traditions. And this is a quite recent phenomenon because this was not the situation 30 years back. So I believe that music is always evolving and some of the new styles and creations can still be called classical music. If we keep preserving the music we do now, without any enrichment, what would be the point of doing exactly the same music after some decades or centuries?

JRP: You have composed works for a large Western orchestra – such as the Global Symphony, the Freedom Symphony or the violin concertos. Now you are presenting Bharat Symphony. When you conceive these types of works, do you have any specific audience in mind that you are targeting at? According to your experience, which audience do you think, tends to be more responsive to fusion music proposals- Western or Indian?

LS: Well, this depends on the piece. If it’s a specific commission, I try to keep the nature of the commission in mind. But speaking in general, I always try to write for a global audience. I normally don’t have a concrete audience in mind. When I write a symphonic work, I try to be accessible to both audiences, Indian and Western. And I hope that both will be able to appreciate it and respond positively to the musical proposal.

JRP: Some prominent Indian musicians have composed symphonic works for Western orchestras. What do you think about the other historical figures? What about Ravi Shankar and his music?

LS: Actually I don’t like to talk about other composers. Everyone tries to do what they are comfortable with. In the case of Raviji, he had arrangers and orchestrators who contributed to the composition. It was a non-taught starting point. For some decades, every creation or type of music that was not pure classical music was labeled as “world music” by the Western musical world. But this mentality has changed during the last few years and it’s still changing now.

JRP: Do you see these cross-cultural musical collaborations with Western musicians as isolated musical encounters/dialogues or do you think that they are preparing the ground for new musical genres in the future?

LS: I don’t think that they are just one-time musical encounters. When I write an orchestral work and include different soloists from different cultural traditions with the background of a classical Western orchestra, I understand it as “global music”. A unified musical concept capable of continuity, not just as an incidental musical encounter. The different musicians from different cultures whom I include in my works contribute with their unique “musical flavors” to the global beauty of the piece. So, when I play Indian or Western classical music I’m targeting a more specific and probably a more narrow audience, but, when I compose and play global music, I aim to reach a wider public. I understand that both musical fields can be consistently practiced, even by the same musician. JRP: What are the most significant musical challenges a musician has to face and overcome to be able to compose and perform this type of Indo-Western orchestral pieces?

LS: It’s important first to master your instrument, your means to express your musical creativity. To be able to play and create what you want to, not just what you can. There’s a big difference between these two artistic situations. One has to really overcome the technical difficulties of one’s instrument to say what one wants to say. When you think of names like Beethoven or Mozart, you realize that they were great performers and even great improvisers before starting their careers as serious composers.

LS: First, it takes quite a few years to just understand the music, how it has to be performed, how the melodic lines have to be ornamented, what are the feelings this musical tradition appeal to. The situation is similar when a Western musician wants to learn and perform Indian classical music. He or she will need to learn also about the different scales, ornamentation, micro-tones, emotions the music wants to express… But I believe that, with hard work and years of dedication one can learn to perform any musical tradition properly. It’s a question of time and hard study.

JRP: You have been in close contact with Western classical music for decades. Do you think your approach and performance of Carnatic ragas could have been affected by this fact?

LS: Both the musical languages and their playing techniques are so different from each other. I see that as an advantage to keep both styles differentiated. When I play Carnatic ragas on the violin, I play according to the musical style I learnt from my father- Purely Indian classical style. But when I write music for a Western orchestra, I do it trying to be faithful to its own traditional language. So I would say that, in my case, the mutual influence cannot have been really significant. 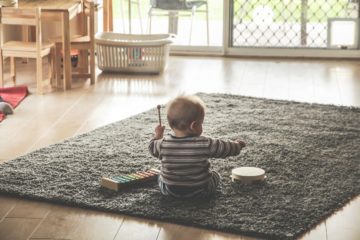