A roster of internationally renowned soloists will highlight the brilliance of Beethoven with the Symphony Orchestra of India. Interviewed by Beverly Pereira

It is a grand stage set-up designed to give life to two monumental works of Beethoven – Choral Fantasy and Symphony No. 9, both written for orchestra, chorus and vocal soloists. To this end, the two-concert series with the SOI under the baton of Martyn Brabbins will comprise the Kazakh State Capella, Living Voices Mumbai choir, Bangalore Men choir, and Goa University Choir. It will also put forth four very distinguished soloists – soprano Sophie

Bevan, mezzo-soprano Catherine Wyn-Rogers, tenor Amar Muchhala and baritone Neal Davies. We shine the spotlight on English vocalists Bevan and Wyn-Rogers, who arrive in India this month to perform at the NCPA for the first time. ON Stage: Tell us more about your formative years.

Sophie Bevan: I spent five years at the Royal College of Music (RCM) and was lucky enough to work with wonderful teachers and coaches. I was sent out nearly every weekend to sing for choral societies by the head of vocal studies and as a result learned a lot of repertoire and a love of performing. I went straight from undergraduate studies to the Benjamin Britten Opera School. I always felt well looked after by the RCM and was honoured to be awarded the Queen Mother Rose Bowl in my final year.

OS: Do you come from a family of musicians?

SB: My father was one of 14 children who toured with his siblings as the Bevan Family Choir. He went on to become an organist, composer and teacher of A-Level harmony and counterpoint. His father was director of music at a large school in Somerset. My mother was also from a musical family. Her grandmother studied piano at the Amsterdam Conservatoire, performing once to Debussy! We grew up surrounded by music, even performing our own family operas locally with everyone singing a role and my mother making the costumes.

SB: My mother, who would sing with us every night. My father who was one of the most innately musical people I have met. My first singing teacher, a tenor, who became my step-father – he played through opera arias with me nearly every night after school. My singing teacher at RCM, Lillian Watson, who kept my feet on the ground and never let me sing anything other than beautifully. Finally, my husband Ryan Wigglesworth, who is the finest musician I know!

OS: Tell us more about the differences and similarities between operatic appearances, and recitals of, say, Mozart and other classical composers.

SB: Operas and recitals are different in so many ways. I adore both for different reasons. When working on an opera you are contracted to start rehearsals between four-seven weeks before the opening night. This means that you could not be more prepared when it comes to singing in front an audience. In contrast, when singing a recital, it is totally up to you, as the singer and pianist, how much you want to rehearse. However, I love the fact that you are your own boss and every musical decision is made by you and your accompanist, having worked closely for hours together. Also, I love the intimate relationship with the audience that one gets in a recital. You can look directly into their eyes and emote; tell the story and convey what the composer wrote. This is obviously more difficult on the operatic stage.

OS: You have worked with Wyn-Rogers in Deborah Warner’s version of Handel’s Messiah. How was the experience?

SB: Catherine and I had a particularly wonderful time singing Warner’s production of Messiah in London and Lyon. It was fantastic to stage a piece which is so familiar, especially to British singers, and I think this staging should be performed in as many places as possible. Maybe Mumbai should take it on! Catherine Wyn-Rogers: I went to school at Chesterfield St. Helena’s High School for girls. My mother and grandmothers were very musical; they all played the piano. My mother was an enthusiastic member of local choral societies. I joined the school choir and church choir during my mid-teens and, eventually, the Chesterfield Philharmonic choir and the Derbyshire Singers.

OS: When did you decide to become a singer?

CW: I certainly got the singing bug during my teens and was happy to begin singing in choirs and any solos I was given. I did not study music academically at school, and left at 17 to pursue business studies. Then I worked locally as a secretary for the National Coal Board. During that time, I continued my singing and musical studies privately and was fortunate enough to find a singing teacher who believed in me – Pamela Cook, who ran the successful girls’ choir Cantamus. She helped me prepare for my audition and entry to the RCM where I was accepted as a foundation scholar. After my four years’ study at the RCM, I began to work as a singer, both in ensembles and as a soloist.

OS: What is your earliest memory of a classical concert?

CW: I used to go and listen to my mother’s choir perform oratorios in our local parish church. I also remember very strongly the first major orchestral concert I went to in London which was Dvořák’s ‘New World’ Symphony which has remained one of my absolute favourite pieces.

CW: My early influences were my mother and grandmothers, but my music teacher in school actually told me I had a voice. Then, the local conductor of the choirs I sang in, Joseph Clark, and Pamela Cook, my teacher at home followed by Meriel St. Clair, my teacher at the RCM, and Sir David Willcocks, both of whom were absolutely fundamental to me in my future career. Meriel was an immensely thoughtful and intelligent teacher, with a meticulous approach to both music and text and indeed all aspects of performance. Sir David was a giant of the choral world and taught me so much about musicality and professionalism.

OS: What was it like working with Zubin Mehta?

CW: I first worked with Zubin in Israel for the IPO’s Bach tercentenary celebrations in 1985. After that, I sang for him in Munich where he was general music director, in Wagner’s Ring and a memorable performance of Elgar’s Dream of Gerontius. I have often sung for him in Mahler symphonies and then the Fura del Baus production of the Ring in Valencia and Florence. Zubin is the most wonderful conductor and accompanist. I have always hugely enjoyed working with him. He calls me ‘Derbyshire’ because of his love of cricket, and it also happens to be my home county in the UK.

OS: You have worked with Sophie Bevan before. Talk to us about the experience.

CW: Messiah was certainly a memorable time for us both. The production began with the English National Opera (ENO) and then went to Opera Lyon. ENO was the first time I’d met Sophie and I enjoyed meeting and working with her. I hugely admire her as a performer and she’s enormous fun as a colleague and friend too. 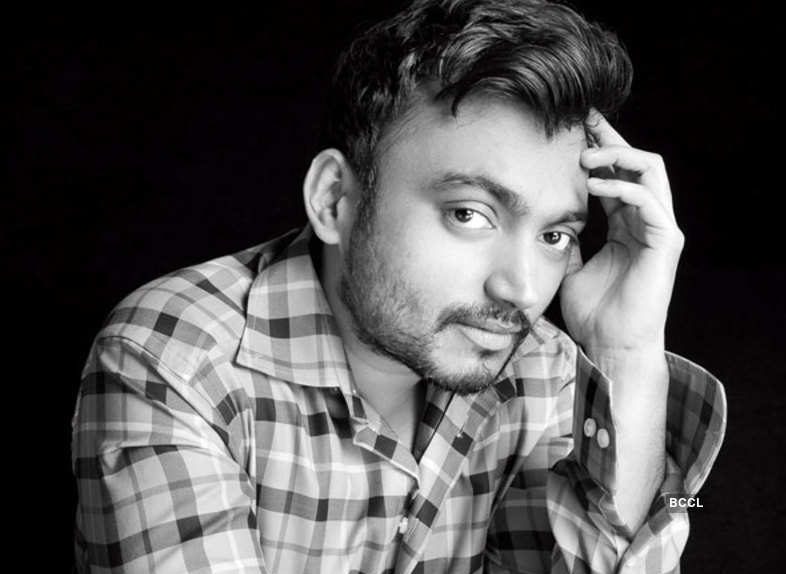 When Muchhala performed as part of the chorus for Beethoven’s 9th Symphony at the NCPA in 2009, little did he know that he would return to perform the same work several years later. But the Indian baritone is no stranger to the NCPA; he last performed with the SOI led by Evgeny Bushkov in July 2017. Born in Mumbai, Muchhala completed his operatic studies at the Guildhall School of Music and Drama, and made his Royal Opera House debut in 2013 as Chulak in the world premiere of David Bruce’s The Firework-Maker’s Daughter. A resident

of London, he has starred as the lead role in several notable productions across the world and is currently engaged in his role as Macduff in 22 performances of Verdi’s Macbeth with the English Touring Opera.

Neal Davies studied at King’s College, London and the Royal Academy of Music, and won the Lieder Prize at the 1991 Cardiff Singer of the World Competition. He has been a regular guest of the Edinburgh Festival and BBC Proms. His wide discography includes Messiah, Theodora, Saul and Creation (Gramophone Award 2008) under McCreesh, Jenufa and Makropulos Case under Sir Charles Mackerras, Barber’s Vanessa under Leonard Slatkin, Messiah under René Jacobs, The Hyperion Schubert Edition with Graham Johnson, and

Britten’s Billy Budd with Harding (Grammy Award, 2010). This season, among other things, Davies will appear in concert with the Hallé Orchestra (Sir Mark Elder), Spanish National Orchestra (David Afkham), and Les violons du Roy (Jonathan Cohen). Over the years, the English baritone, who trained under Sir Mark Elder, has starred in lead roles in operas such as Mozart’s The Magic Flute. He played an integral role in bringing the choral works of Handel,

Beethoven and Haydn to life at the NCPA last year, and will return to lend his unique expression to the works of Beethoven this month.

The soloists will perform with the Symphony Orchestra of India under the baton of Martyn Brabbins on 9th and 10th February at Jamshed Bhabha Theatre.