A legitimate child prodigy who won the million-dollar prize on a much-coveted global talent contest earlier this year, Lydian Nadhaswaram talks to ON Stage about music and why he wants to go to the moon.

The best artistes are the ones who do the impossible and make it look easy. Chennai-based Lydian Nadhaswaram played Mozart’s Turkish March blindfolded on the global talent contest The World’s Best. For his audition for the same show, he played Rimsky-Korsakov’s Flight of the Bumblebee at 325 beats per minute, twice as fast as it is usually played. He won the show over contestants from all over the world and has since been busy taking in the accolades that are coming his way. Music-wise, there seems to be no mountain he cannot climb and he does it all with a charming smile. Did we mention he is only 13 years old? Ahead of his performance at the NCPA this month, we spoke to Nadhaswaram about his stellar musical achievements and what it feels like to be crowned the world’s best.

ON Stage (OS): It has been a couple of months since you won The World’s Best talent contest. How have the last few months been for you? Are you getting the time to practice as much as you would like to?

Lydian Nadhaswaram (LN): Honestly, the last few months have been very busy with so many felicitations and honours from so many institutions, conservatories, channels, organisations, etc. Though I really have had very less time to practice, I am doing my level best whenever possible.

OS: Who are the three most interesting people you have met since you won?

LN: A.R.Rahman, Michael Novogratz and Ilaiyaraaja. Rahman uncle organised a grand felicitation at the KM Music Conservatory to honour me. Novogratz uncle invited me to perform for a Jazz Festival at the historic Apollo Theater in New York with many incredible jazz musicians like Harry Belafonte, Tony Bennett and others. We went and met Ilaiyaraaja uncle in his studio and got his blessings.

OS: We have heard your name has an interesting backstory.

LN: My name has musical origins. Lydian is a scale in music and Nadhaswaram is an Indian wind instrument. So since this name is not a common one, my father named me so. 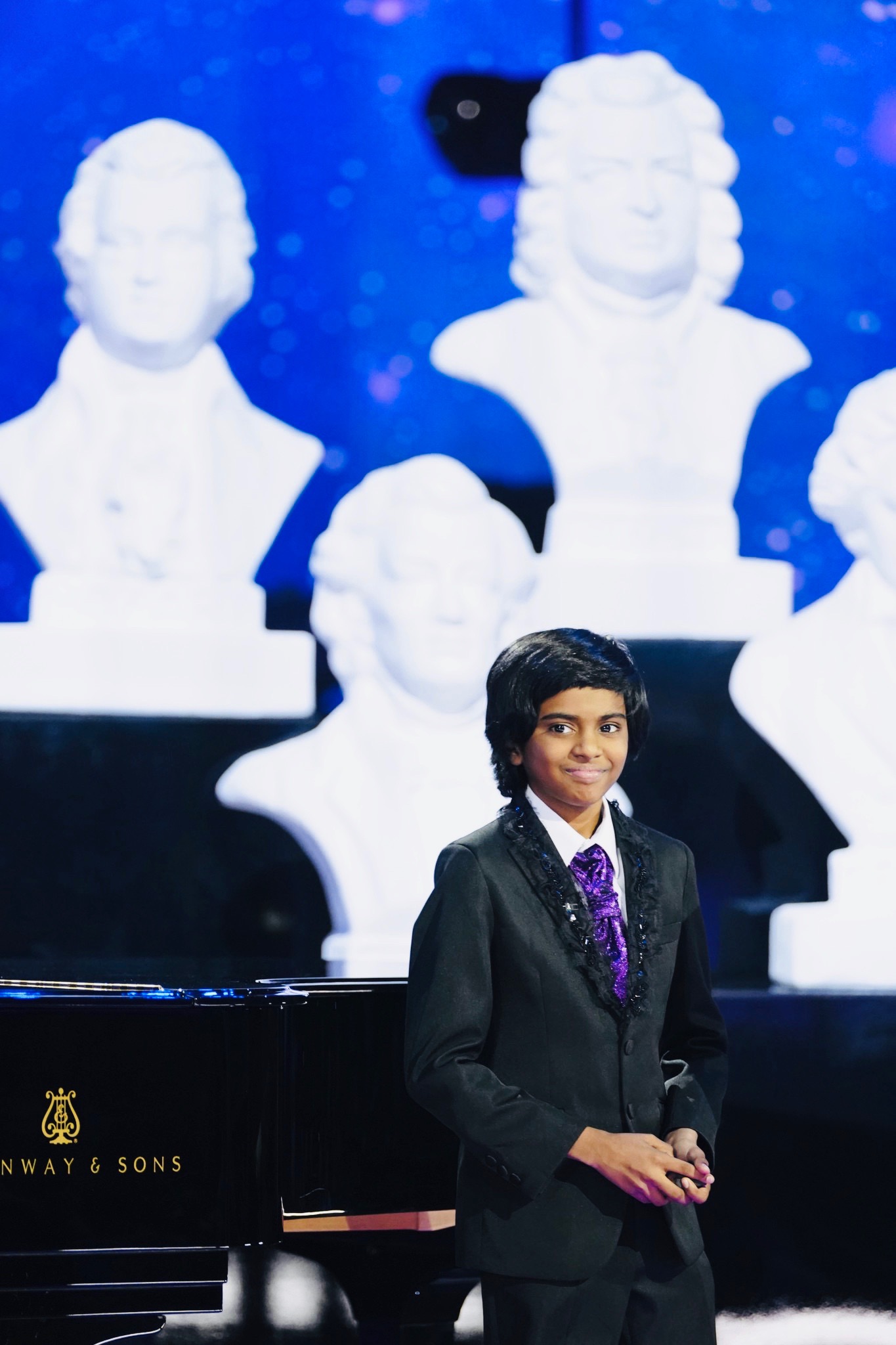 OS: When and how did your musical training begin?

LN: It began when I was two years old. I started to play a proper rhythm on my own with proper tempo, dynamics, and in a loop. So, admiring my sense of music, my father invested in a drum kit and many percussion instruments, and started encouraging me in my musical journey.

OS: We read somewhere that you do not go to a regular school so you can focus on your music practice. What is a normal day at home like for you?

LN: Yes, I am home-schooled and I focus on my practice everyday. My family, the music, healthy food and good sleep was my routine. Nowadays, many events, felicitations, concerts and interviews have become a part of my routine too.

OS: Which other instruments do you play? What are your interests besides music?

LN: I play the piano, drums, guitar, bass guitar, tabla, mridangam, Merlin, harmonica, melodica and darbuka. I also sing and work with music software. I am also learning to play the violin and the flute. When I’m not practising or performing, I spend time reading about my favourite cars and love to listen to motivational speeches. 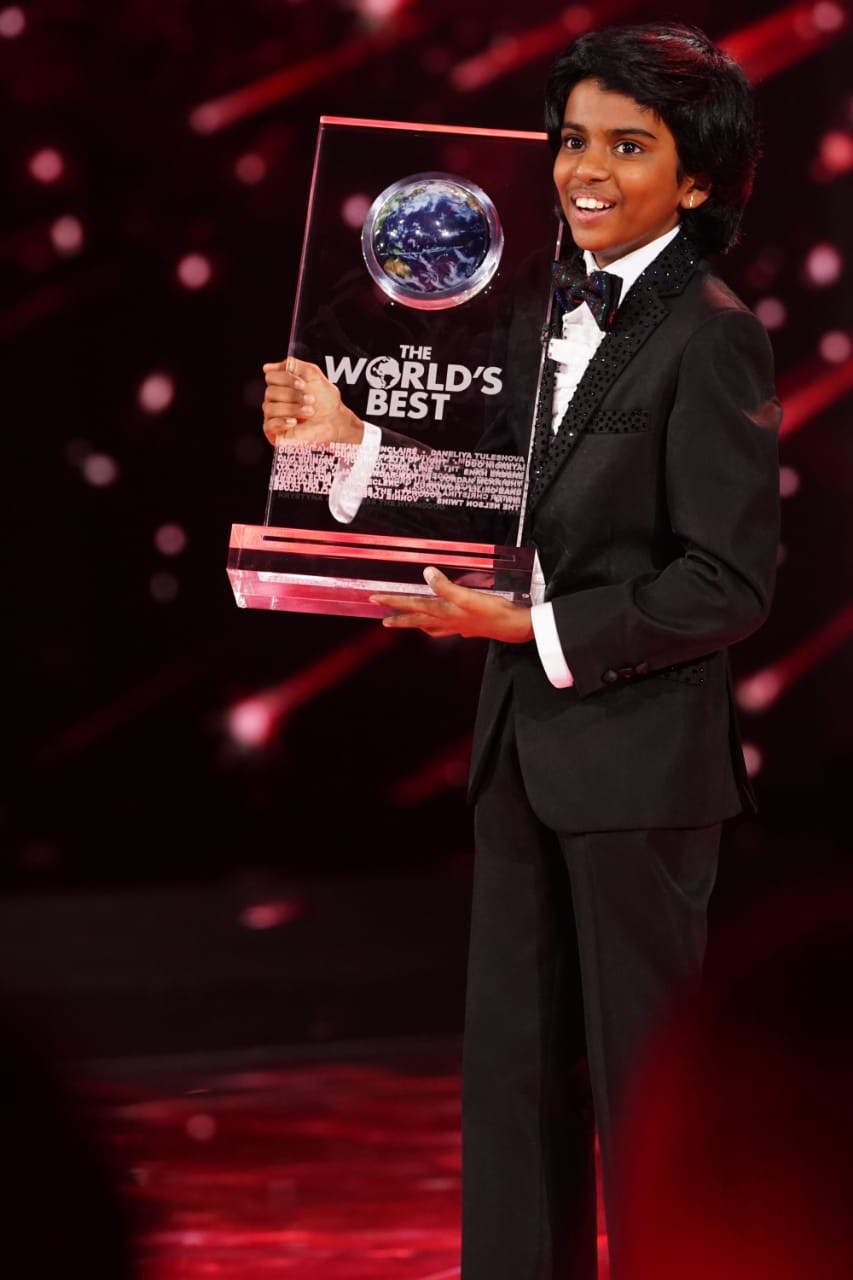 OS: You are only 13 and you have achieved so much. What is your greatest wish right now?

LN: I’m so happy that one of my greatest wishes of playing with the Symphony Orchestra of India will come true on 27th September at the NCPA. My other wish is to play as a pianist in all the symphony orchestras around the world and to make my country proud and happy. I would love to compose music and wish to play Beethoven’s Moonlight Sonata on the moon as soon as possible.

OS: Is there anything you would like to tell our young readers who also happen to be aspiring musicians?

LN: I want to convey my sincere regards to all the young readers and would love to thank them for all the support and love they are giving me.

Lydian Nadhaswaram will be performing with the SOI on 27th September at the Jamshed Bhabha Theatre.