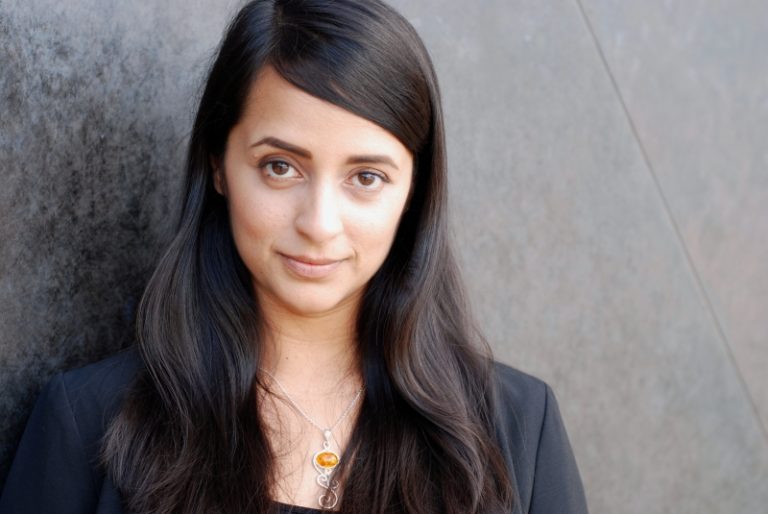 HATS OFF GENTLEMEN, A GENIUS

As I was leaving the Tata theatre, I ran into the composer Reena Esmail after her premiere performance of ‘This Love Between Us’. She expressed great pride in seeing the ramparts around the precinct of the NCPA, bearing her name and photograph.

Though my heritage is entirely Indian, I come from a diverse family background. My father is Muslim and my mother is a Goan Catholic.

It was only natural for the young Reena to get interested in Western classical music as that was what her parents listened to. In fact her grandparents possessed LPs of the Beethoven symphonies and Rubinstein playing Chopin. As a birthday gift in elementary school, Reena received a CD player.

Reena talked about her double background of being an American Indian.

About the time I was finishing my Undergraduate Diploma in Western composition at the Juilliard, I met an incredible person called Mosami Shah.

What impressed Reena greatly was the mellifluous ornamented melodic lines and the vivacity of rhythm.

So much of what I had been struggling to express in my own music seemed to be already so deeply developed in Hindustani music.

Everything I do is centered around the singular mission of bringing these two cultures that I love, together.

It is still very hard for me to believe that in 2011, I was welcomed to India as a Fulbright-Nehru grantee and the Indian government helped fund my time in India. Yet, just four years later, it was almost impossible for me to get back into the country. Most Americans can apply for a 10-year multiple entry tourist visa, and get it within a week. Also, most Indian Americans can get an OCI (Overseas Citizen of India) card, entitling them to further benefits and easier entry into India. However, in 1952, my grandfather made the decision to move his family to Karachi from Surat in Gujarat. My father was five years old at that time. Twenty years later, my father immigrated to America and my grandparents followed him ten years after that. There, they all became American citizens. I have never even been able to visit Pakistan and yet because of my family’s heritage, I am only able to receive a 3-month single-entry visa to India. I have to reapply each time and the outcome is uncertain.

I know what it’s like to be a minority in my field in America. There are very few women and even fewer non-white women who are working as composers of Western art music today.

It breaks my heart to even talk about it. Every single day, I work tirelessly to bring these two cultures together through music, not only through the music I write, but through my organization Shastra, by making connections between the Indian and Western musicians, by helping young Indians find their way into Western conservatory programs, by teaching Indian music to Western musicians and Western music to Indian musicians. Everything I do is centered around the singular mission of bringing these two cultures that I love, together.

I know what it’s like to be a minority in my field in America. There are very few women and even fewer non-white women who are working as composers of Western art music today. I can count the amount of other Indian women composers I know on one hand, with fingers to spare. I have always expected it to be difficult in America, where I am often the singular representative of my gender and race in any given situation. But in India, the only place in the world where I am not a minority, I was absolutely blindsided by these difficulties. But I will take whatever time the Indian government is willing to give me, in this beautiful country, and make the most of it. Every day I spend in India is a blessing.

Prejudice often stems from a lack of perspective. Sometimes when I tell people that I’m a composer, I see the disbelief in their eyes as they think to themselves: “You don’t look like a composer. How can someone like you be a composer?” or: “Oh, how sweet. She thinks she’s a composer.” I don’t blame people for their first reaction. They are just responding to so many years of cultural conditioning that tells them that professional composers don’t look like me.

I see this as an immense opportunity and also an immense responsibility. If I am the first woman composer someone knows, if I am the first Indian composer they know, then I have the power to engage someone and perhaps provide that missing perspective. If there is very little context for people who look like me and do the work that I do, I hope that by providing that context, I can change minds and open hearts, one person at a time.

When I began my career as a composer in 2001, I never imagined that I would be doing the work that I am doing now. It was well beyond my wildest dream that I would be a connector between the two musical cultures that make up my musical identity, that I would develop close working relationships with some of the most incredible musicians from both cultures and be able to create environments in my music that would allow them to make music together. I hope to continue to do this work and to continue to grow musically with each new piece that I write.

I also take my responsibility to the next generation of composers very seriously. Even though I’m still considered young, at 34, I know that there is a whole generation of composers just coming into this field, just deciding whether they want to take the next steps into a professional career in music. I want to do everything in my power to create an encouraging, supportive environment where the most talented and passionate young composers can find their way in music.

And on this note we parted company promising to stay in touch. I said to myself isn’t it incredible what proper training and an open mind can accomplish! Truly a genius!