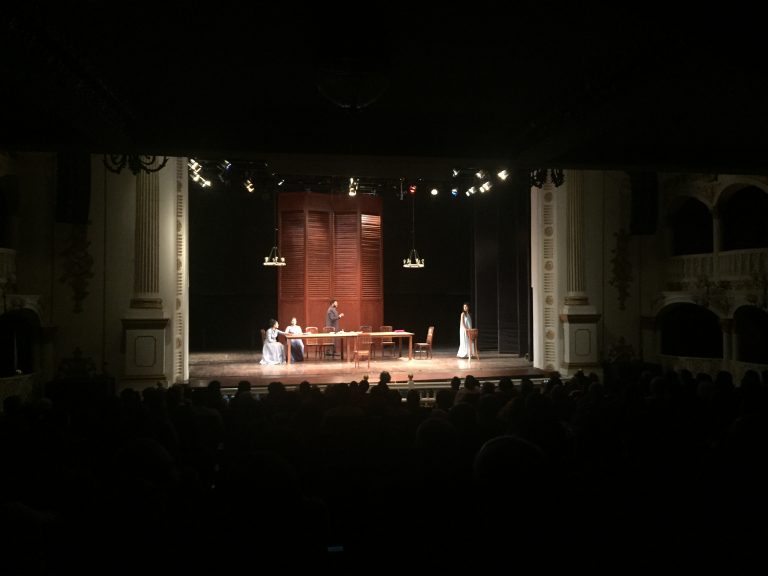 GIVING VOICE TO INDIANS – AN ENCHANTING PREMIERE IN MUMBAI

First of all kudos to Giving Voice for producing this delightful comic opera using predominantly an Indian cast. This would not have been possible without the support of various sponsors and donors. However, had it not been for the artistic directors Patricia Rozario and Mark Troop who have single-handedly groomed some of the singers over the last seven years. They have handpicked local talent from various cities across the country. What we heard in Mumbai on 27, 28 and 29th July was the result of many years of cumulative hard work both on the parts of the young students and their very experienced teachers.

The second cast of more mature singers was clearly the better, though the first cast (premiere night and Saturday matinee) was also interesting. From that cast there were two singers who by and large impressed were Natasha Agarwal as Carolina the younger sister and Rahul Bharadwaj as count Robinson. Incredibly talented 21 year old UK born Natasha Agarwal has a pretty voice and lovely stage presence. She has been a three time winner of “Liverpool’s Voice of the Year” and “All England Young Dancer of the Year” doing ballet and tap. She has a promising career ahead as long as she does not be tempted to sing heavy roles. At best, she is suited for the soubrette roles in Mozart’s timeless Da Ponte operas of which she has already done Susanna.

Rahul Bharadwaj, the most mature of the two casts, as count Robinson proved an excellent singing actor. His voice has an intrinsic beauty of tone and agility to be effective in cantabile and agilita. His initial training was in Hindustani classical music changing track in the last ten years to Western music in Michigan whence he has carved out an enviable reputation in opera and lieder as a baritone.

The count has approached Geronimo, an older man with two daughters and a widowed sister. Geronimo has a clerk Paolino who is secretly married to the pretty younger daughter Carolina. When the count sees the two daughters, he prefers Carolina to Elisetta who he had promised to marry. Anoushka Pokhare plays the older sister with fine voice and character. The aunt Fidalma who is secretly in love with Paolino is played by Vedika Chandran. Paolino (Sandeep Gurrapadi) has a light tenor voice very pleasing to the ear and plays the character well.

The second cast had more mature singers. Kersi Gazdar as Paolino had a clear and incisive tone. He must guard against occasional bleating when he forces the tone. Outstanding in the second cast was Darwin Leonard Prakash who was a real find. He sang with free and open tone evenly through the registers with  substantial sound. Equally at home singing legato, parlando and patter, he was one of the most complete singers in the production. He has completed his MA from the Royal Academy of Music and will now begin terms at the Royal Academy Opera school batch of 2017-2019 starting September.

So all in all a very creditable effort from a mix of Ms. Rozario’s students, other singers from England and India and more mature professionals. It was a case of swings and roundabouts with an excellently staged badminton match between Geronimo and count Robinson over modifying the dowry for Elisetta’s hand. However, the love scenes were uniformly coy and awkward. The staging was minimal and appropriately comic. The conducting was neat and precise. The conductor herself was very able and gave a clear beat keeping singers and orchestra together very effectively. She is of Indian origin adopted by Danish parents when she was a child. She made her debut with the Copenhagen Philharmonic in 2013 and was recently invited to be assistant conductor to Esa-Pekka Salonen and the Philharmonia orchestra. Congratulations to her too. I look forward to many more such pleasurable evenings at the ROH Mumbai.