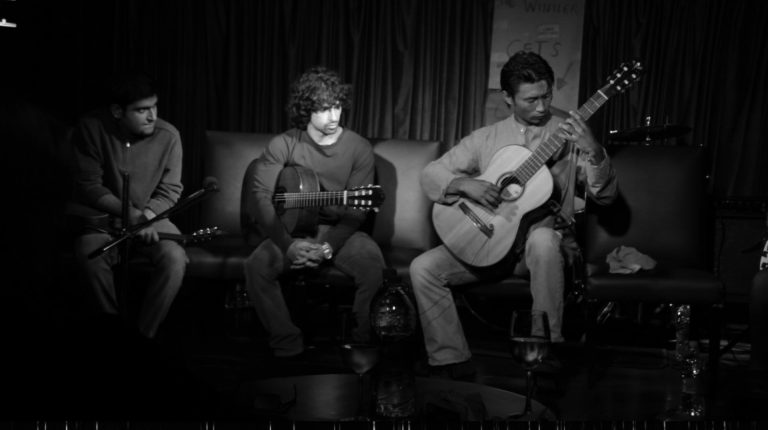 “Music doesn’t lie. If there is something that needs to be changed in this world, then it can only happen through music” – Jimi Hendrix

We are happy to participate once again in the All India FingerStyle Competition presented by Infinite Souls. This event is in its 2nd edition and in the words of the organisers: “We were very happy and glad to be supported by the Goethe-Institut for World Guitar Nights/All India FingerStyle Guitar 2014. Because it was such a success we would like to make it a permanent biennial event. It really helps the young growing musicians of India and opens up a whole world for them to be part of. The winner of All India FingerStyle Guitar Competition ended up with a record deal with Acoustic Music, Germany and many international concerts with the top fingerstyle guitarists of the world. Have a look at this clip for a feel of what the Festival was about.

This is now a biennial event, open to all Indian guitarists! The last date for entries is Wednesday, 25 September 2016.

Guitarist/Composer Konarak Reddy hosts the second All India FingerStyle Competition in October 2016 in Bangalore in association with the Goethe-Institut / Max Mueller Bhavan and as part of Infinite Souls’ World Guitar Nights concerts and Guitar Clinic.