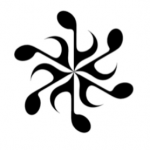 Music for Life International, (MFLI) is a New York based social enterprise that was established to create social impact in a variety of sectors through music. MFLI presents musical concerts and other programs to promote the awareness of major international humanitarian crises and other public interest issues around the world. MFLI takes its name from the legendary MUSIC FOR LIFE concert organized by Leonard Bernstein for those affected by HIV/AIDS in 1987 at Carnegie Hall. MFLI is a registered 501(c)(3) tax-exempt not-for-profit organization. MFLI’s global humanitarian concerts have included Beethoven’s Ninth for South Asia (2006), Requiem for Darfur (2007), Mahler for the Children of AIDS (2009), Beethoven for the Indus Valley (2011), Shostakovich for the Children of Syria (2014), The Scheherazade Initiative (2015), and Mahler for Vision (2017), focusing on ending preventable cataract blindness and using cutting-edge technology and transformative socio-economic models for distributing these critical public health services. These concerts, presented in Carnegie Hall, have brought together distinguished musicians from over 100 leading international ensembles including the New York Philharmonic, MET Orchestra, Berlin Philharmonic, Philadelphia Orchestra, Boston Symphony, Vienna Philharmonic, Israel Philharmonic, San Francisco Symphony, and others. These concerts have received major global coverage in the BBC WORLD TV and Radio, CNN International, The New York Times, Wall Street Journal, Bloomberg News, Radio France, Voice of America, NY1 TV, National Public Radio, the Indian Express, The Hindu, the Pakistan Daily Times, and Musical America. The New York Times called Music for Life International’s humanitarian concert, Shostakovich for the Children of Syria, a performance which “will live in the memory for having been being part of its time as well as part of Shostakovich’s.” MFLI’s collaborations have included Doctors Without Borders, Refugees International, Acumen Fund, American Pakistan Foundation, American Jewish World Service, Catholic Medical Mission board, Questscope, Tufts University Institute for Global Leadership, and United Nations agencies such as UNICEF, UNDP, UN Women, and the UN Trust Fund to End Violence Against Women. In recent years, MFLI’s activities have expanded beyond New York and Carnegie Hall to include performances in the Netherlands, Panama, Jordan, Washington DC, Melbourne, Australia, Mumbai and New Delhi, India. Shostakovich for the Children of Syria at Carnegie Hall in January 2014, resulted in a weeklong residency of performances and education workshops at the Za’atari Syrian Refugee Camp in Jordan by a distinguished group of artists from the MET Orchestra, Buffalo Philharmonic, New World Symphony, and Jordanian National Symphony. Beethoven for The Rohingya