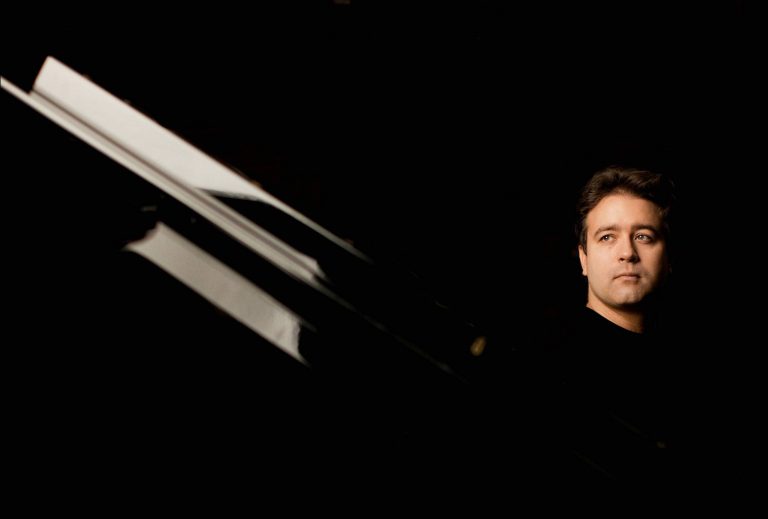 A Steinway artiste, Volodin is set to perform two concerts at the NCPA this month.

Acclaimed for his highly sensitive touch and technical brilliance, Alexei Volodin is in demand by orchestras at the highest level. Volodin studied at Moscow’s Gnessin Academy and later with Eliso Virsaladze at the Moscow Conservatoire. In 2001, he continued his studies at the International Piano Academy Lake Como and gained global recognition following his victory at the International Géza Anda Competition in Zurich in 2003. He possesses an extraordinarily diverse repertoire, from Beethoven and Brahms through Tchaikovsky, Rachmaninoff, Prokofiev and Scriabin to Gershwin, Schedrin and Medtner. He talks to ON Stage about his upcoming performances at the NCPA.

ON Stage: How did you become interested in music? Who were the mentors and teachers who influenced you?

Alexei Volodin: I used to hear music everywhere – recordings, concerts, television, and then music just took over. I soon realised that I love it more than anything else. All my teachers who I studied with, all of them, have immensely influenced me. I tried to learn as much as I could. But, also, I was – and I am – trying to learn from the great musicians by listening to them. I think everyone should do that – that’s also the best school.

OS: Do competitions make any difference to a musician’s career or playing?

AV: Hopefully, it doesn’t affect the musician’s playing. One should always stay true to themselves and to the music. Career-wise, it can certainly help though. It’s a good place and situation for a young person to present his playing to the audience.

OS: Who are some of your favourite composers, and why?

AV: They always remain the same – Bach, Beethoven, Schumann, Chopin, Rachmaninoff, Mahler, Shostakovich. Because of the genius music they were writing, which has such a huge emotional impact on the listener.

OS: How did the Mariinsky Orchestra become a part of your career?

AV: I played with the Mariinsky and Valery Gergiev all over the world: in Europe, USA and Japan. And what is more important is that I played an enormous amount of different repertoire. Recently, our recording of Prokofiev’s Piano Concerto No. 4 came out. Of course, I am very happy to work with such people and I think it also helped me to become more famous in many places.

OS: You will be playing Rachmaninoff’s Piano Concerto No. 3 at the NCPA. What place does the composer occupy in your musicianship?

AV: He is my favourite composer. I love everything written by him. He continues to inspire me in music and in my life. The Piano Concerto No. 3 is his highest achievement in the genre of piano concertos.

OS: What can the audience expect from your concerts at the NCPA Mumbai?

AV: I would prefer that the audience doesn’t expect anything, just try to enjoy the music, and I promise I’ll try to do my best to leave them with a lasting impression of the music.

This piece was originally published by the National Centre for the Performing Arts, Mumbai, in the September 2018 issue of ON Stage – their monthly arts magazine.