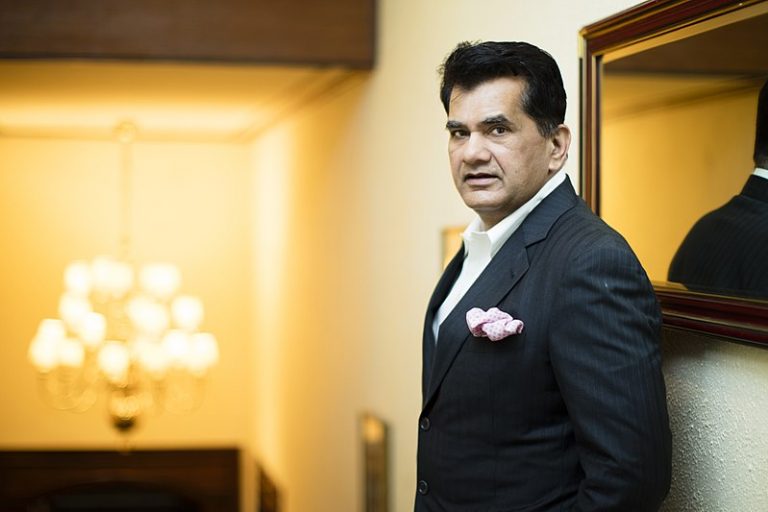 Amitabh Kant is the dynamic CEO of the National Institution for Transforming India (NITI Aayog). In his book “The Path Ahead: Transformative Ideas for India”, he puts forward transformative and innovative ideas towards making India the third largest economy in the world by 2030 and also lays out a comprehensive roadmap in key sectors to ensure the country becomes the fastest growing economy by 2050. I met him for a one-on-one talk at the Jaipur Literature Festival 2019 to ask him about his vision and ideas for the future of the creative and performing arts under the umbrella of NITI Aayog. Nikhil Sardana: In your book “The Path Ahead: Transformative Ideas for India” there is a chapter that has been contributed by Dr Pramath Raj Singh who is one of the founders of Ashoka University. The campus today boasts of 1400 students drawn from over 28 states and 98 cities across India.

Do you think that institutions offering liberal arts will continue to grow in the coming years?

Amitabh Kant: Liberal arts is the future of India. We’ve neglected it for too long. We need a multidisciplinary approach. Our country today is producing a large number of engineers, economists and doctors. If India has to grow at higher rates for a long period of time then we need to think of the liberal arts. Ashoka University is a unique model and is doing a great service to India. The only other place in India that offers this curriculum is St Stephens College, New Delhi. We need hundreds of such institutions across the country.

NS: In a recent interview, The Prince of Wales had the following to say:

“People forget – or may not realize – what an enormous contribution the creative arts make to the whole economy. It’s immense… So we slightly shoot ourselves in the feet if we ignore [music] altogether. When you go to schools which still have it, it is wonderful to see the enthusiasm on the part of the children in their orchestras.”

When will India be ready to fully embrace the creative and performing arts and realize their value?

AK: When I was growing up my Principal in school would say that in addition to academics, one must excel in one performing art form and one sport activity. I was able to appreciate the arts while growing up. There is no art without creativity and no progress without growth. It is absolutely necessary for our society to be exposed to the arts. Therefore they must be an integral part of the future. Our soft power can never grow if this is ignored. Embracing the arts is still a slow process in our country. People must learn to appreciate beauty. The creative industry and economy of India has to be a key driver and therefore many of the skilling programs we take up relate to this matter.

NS: Last summer, I visited the National Centre for the Performing Arts in Beijing, People’s Republic of China. Also known as The Giant Egg, it is an ellipsoid dome of titanium and glass surrounded by an artificial lake, seating 5,452 people in three halls and is almost 12,000 m² in size. It has an Opera Hall (2,416 seats) used for operas, ballet and dances, a Music Hall (2,017 seats) used for concerts and recitals and a Theatre Hall (1,040 seats) used for plays and traditional Chinese opera forms.

In contrast, our national capital lacks a state of the art concert hall. Thoughts?

AK: We are working on two major infrastructure initiatives. They are huge exhibition and convention centres being worked on in Pragati Maidan and Dwarka in the national capital. Both are large scale projects which will open up an opportunity for the creative industry in India to showcase various art forms. In another three years these projects will be completed.

NS: Former Foreign Secretary Nirupama Rao has established an ambitious project – The South Asian Symphony Foundation and Orchestra. The aim of the South Asian Symphony Foundation is to promote greater cultural integration for the cause of peace in the region of South Asia. Their orchestra performs at the Tata Theatre in Mumbai this April with an orchestra comprising musicians from India, Sri Lanka, Nepal, Bhutan and Afghanistan.

What, in your opinion, is the significance of such initiatives today? Do you see other visionaries such as Nirupama Rao pass on the baton?

AK: It is a brilliant and creditworthy initiative taken up by Nirupama Rao. I think each one of us, as a Government official, in our own sphere should take up projects to promote the arts. I have encouraged it all my life. Even when I was the District Collector in Kozhikode (Kerela) I brought in various North Indian artistes to perform. The state governments must also take the lead. In the past, many art forms were encouraged by the Maharajas. Today’s Maharaja is the Government.