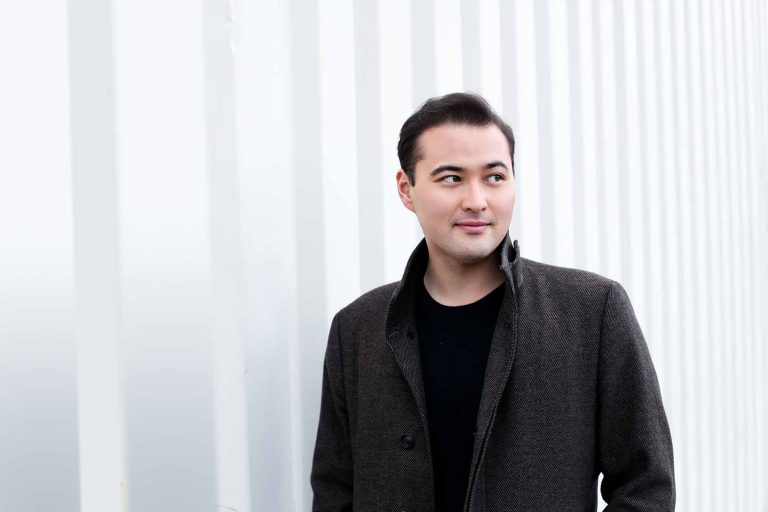 Two young but already well known names appeared on stage together on 14 March in a song recital combining the familiar with the unfamiliar. German tenor Simon Bode has already made a name in recital, opera and concerts all over Europe. His repertoire ranges from Bach passions to the roles of Chevalier in Poulenc’s Carmelites and Narroboth in Strauss’ Salome as well as world premieres of contemporary works.

Igor Levit, born in Gorky, is a Russian/German pianist is making strides internationally and was an able and inspiring accompanist. Now under exclusive contract to Sony Classical he has already released a recording of Bach six partitas and will release the complete Beethoven sonata cycle this year in commemoration of the composer’s 250th birth anniversary for 2020. He studied in Hannover and at the Mozarteum in Salzburg. Appropriately for this appearance in London the English language work chosen by Bode was by the well known 1938 born American composer John Corigliano. No stranger to vocal music the composer’s opera The Ghosts of Versailles has become well regarded and popular since its Met premiere in 1991. It contains some of the most beautiful music and memorable vocal lines in 20th century opera. Corigliano was born in a musical family and educated in New York. He first came to prominence at the age of 26 winning a competition in Italy for his violin sonata.

In his early career Corigliano wrote two wind concertos and three film scores. Writing a flute concerto for James Galway in 1982 he was nominated as the first ever composer to serve in Residence for the Chicago Symphony Orchestra. He composed his first symphony inspired by the AIDS epidemic and to honour the friends he lost. This symphony won him his first Grammy. His film score for The Red Violin won him an Oscar in 1997.

The excerpt chosen by Simon Bode for the evening’s recital was from Mr. Tambourine Man to lyrics by Bob Dylan the American folk pop musician. This thirty minute cycle was premiered by Sylvia McNair at Carnegie Hall in 2000. The setting deliberately avoids any references to the original by Bob Dylan. Blowin’ in the Wind is described by the composer as a “passacaglia” based on a heavy descending scale passage heard in the piano introduction. The mis-fit between this scale and the singer increasingly impassioned phrases create a sense of unease. The singer brought excellent diction to the piece whose texts were not reproduced in the booklet for copyright reasons.

As a bridge to the Schubert setting Viola there was Mozart’s sinister and wide-ranging setting Abendempfindung. After the interval there was more Schubert including less well known but nevertheless masterly settings such as Dass sie hier gewesen, Bei dir allein, Willkommen und Abschied and Im Frühling.

Simon Bode’s repertoire choice was unusual and was delivered by such commanding mastery that no future appearance should be missed. Here is a singer with the gift of a beautiful voice and confident stage presence. I look forward to watching his career progress.