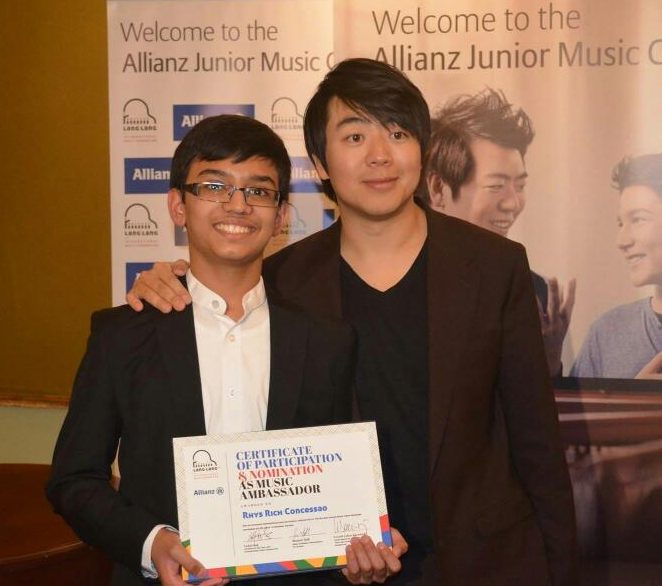 When words leave off, music begins

On a cold wintry week in November 2016, top ten prodigious child pianists between the ages of 9 to 14 years selected by the Láng Lǎng International Music Foundation, set forth on a seven-day musical adventure called the Allianz Junior Music Camp. It was a privilege for me to be one of them representing the UK. The whole experience was set in a picturesque city often called the ‘Paris of the East’. Warsaw in Poland is the birth place of Frédéric Chopin. It was a once in a life time opportunity to not only learn from the masters of classical music but also to meet, perform and be taught by the rock-star of Classical Music and living legend, Láng Lǎng himself in his masterclasses. It would be a good idea to introduce Láng Lǎng based on the experiences prior to my participation and learning at his Music Camp. Láng Lǎng has this innate personality and charisma to reach out and influence any person from a child to an avid classical music lover. He is very approachable, and you feel extremely comfortable the moment you meet him personally, and even during his performance. I remember when I first saw his performance at a concert exclusively for children at the Royal Albert Hall in London. I was taken by surprise when a baby’s cry did not upset or disturb his playing. He said that the baby was responding to classical music and made it look like a joyful part of his repertoire.

Láng Lǎng’s Allianz Junior Music Camp was for musically gifted children from different countries and continents. It is a platform to share musical ideas and have fun with each other, without the pressure of competing with each other. We are meant to be music ambassadors, who not only share a common passion but also spread the message of music to a wider audience. For each of the ten participants, all expenses were covered. Allianz also sponsored the expenses of one of the parents or guardians, who travelled with us. It was an amazing experience to have a sneak peek at, and experiencing the high life of an established concert pianist where everything was taken care of. I encountered an interesting situation when I lost my spectacles on the third day of the camp. The organisers went out of their way to get spare spectacles and contact lenses, within an hour. 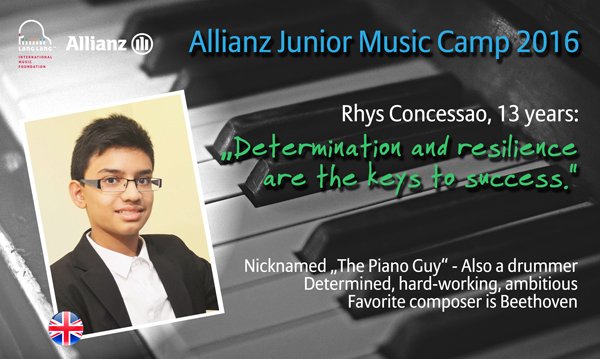 The week was filled with exciting field trips and activities. It was really refreshing to mingle with the other pianists, since otherwise, as pianists, we mostly tend to spend a lot of time alone. Part of the camp program included a visit to the Chopin Museum and Frédéric Chopin’s birthplace in Żelazowa Wola. The Chopin Museum was also one of the places where we, the young musicians, practiced for our performances. The place had a unique and an inspiring atmosphere. The trip to a polish chocolate manufacturer, where we decorated our own chocolate cakes, made tour of Warsaw even sweeter. The various cultural activities helped us flourish as individuals as well as a team. The three major takeaways for me from this camp were the approach ability of Láng Lǎng during the masterclass, having fun with like-minded children of different ages during the music camp and the exposure to the high life of an established artist, and the media who were constantly tracking all our moves.

The six-day program consisted of many concerts and rehearsals, culminating in an almost 4-hour long masterclass by International Concert Pianist Láng Lǎng and live performance at Teatr Polski, Warsaw, Poland. It was aired live on Allianz Polska and on Láng Lǎng Facebook pages. It was watched by over 30,000 people online.

After I performed Liszt’s La Campanella for the masterclass, Láng Lǎng remarked that

Although, I have attended masterclasses from various maestros, Láng Lǎng’s masterclass was a lot of fun. He explains his concepts and techniques using analogies that make you laugh.

As Láng Lǎng puts it simply, “If you can dream it, you can do it”

Regarding La Campanella, Láng Lǎng’s advice to me was to use my fingers on the piano keys like a duck flapping in the water to get the best sound. Who can tell us better stories about the life of a famous musician than him! We received valuable tips for improving our performance skills and even got to play the piano with our role model, Láng Lǎng.

Nevertheless, all good things come to an end at some point and the camp was no exception. Sharing our passion for music was one of the things which brought us together, and sharing an experience like the Allianz Junior Music Camp is what keeps our friendship going in the future.

To this end, we keep in touch regularly through social media even though the camp is over. Allianz and the Lang Lang International Music Foundation share a common vision – to inspire the next generation of classical musicians and pass on their passion of music. We hope to keep that vision alive through our music and their helping hand.