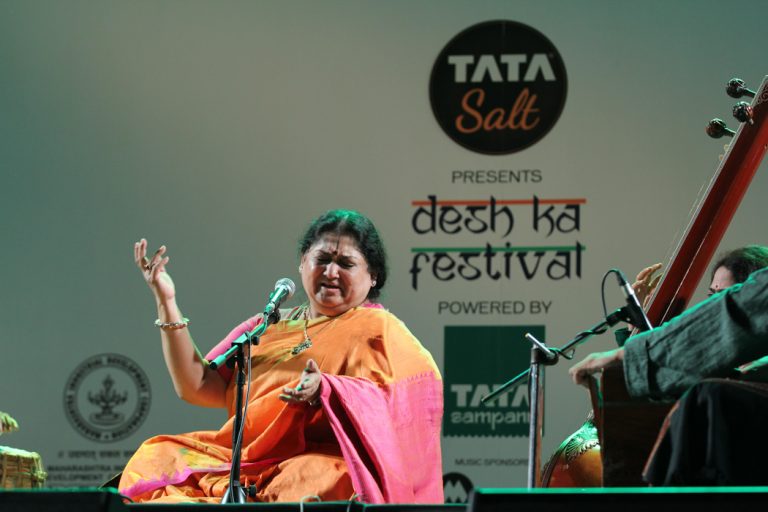 THE SPEED OF SOUND AT KALA GHODA ARTS FESTIVAL

The Kala Ghoda Arts Festival is in its 18th year. Held during the second week of February each year, it is one of the largest and most popular multi-cultural festivals in the world, an icon of Mumbai’s heritage and culture.

Programs range from Music, Dance, Cinema and Theatre to Heritage Walks, Architecture, Literature, Visual Arts and Workshops and total almost 600 over 9 days! Each program is free and crowds are most appreciative as they get to watch some of the best performances in the country with performers and artists who are otherwise inaccessible. The Kala Ghoda Arts Festival has indeed become one of the most prestigious festivals in India.

Music is one of the most popular verticals at KGAF, and is spread over 9 days at two beautiful outdoor venues – Cross Maidan and the Asiatic steps. 2017 also introduces a smaller indoor venue, Boston Butt, that will host smaller more intimate performances. The festival has had some very prestigious names like Amit Trivedi, Farhan Akhtar, Salim-Sulaiman playing in the past. They have performed to packed audiences at the Asiatic Steps for the finale act.

Hari Prasad Chaurasia, Sivamani, Ranjit Barot, Sonu Nigam, Vishal-Shekhar, Suniddhi Chauhan, Shubha Mudgal, Shankar-Ehsaan-Loy, Amjad Ali Khan with Ayaan and Amaan Ali Khan and Symphony Orchestra of India (SOI) have all been a part of the festival. Not only is the Kala Ghoda Arts Festival a great place to watch performances, it is also a great place to perform. Everyone enjoys performing at the unique venues Kala Ghoda has to offer, and can all vouch for the positive, uplifting experience they have had while performing.

Kala Ghoda is home to so many great performances across different genres of music – Indian and Western Classical, Folk, Jazz, Rap, Bollywood and World Music all find a harmonious blend over the 9 days of the festival.

In 2017, Rahul Sharma will play the opening act at Cross Maidan, and Javed Ali and Sukhwinder will be the closing acts at Asiatic Steps. Parveen Sultana, a Flute Symphony of 30 flautists, underprivileged children performing through an NCPA initiative, musicians from Israel, Italy and Sweden and Bombay Bairag are a a few of the highlights this year. Gypsy – a band that is collaboration between the world famous ‘Gypsy Kings’ and Rajasthani musicians is on the cards too.

Half a million people attend this festival over the 9 days, largely due to it’s fantastic music line up. And to think that all programs are free of cost – no tickets!