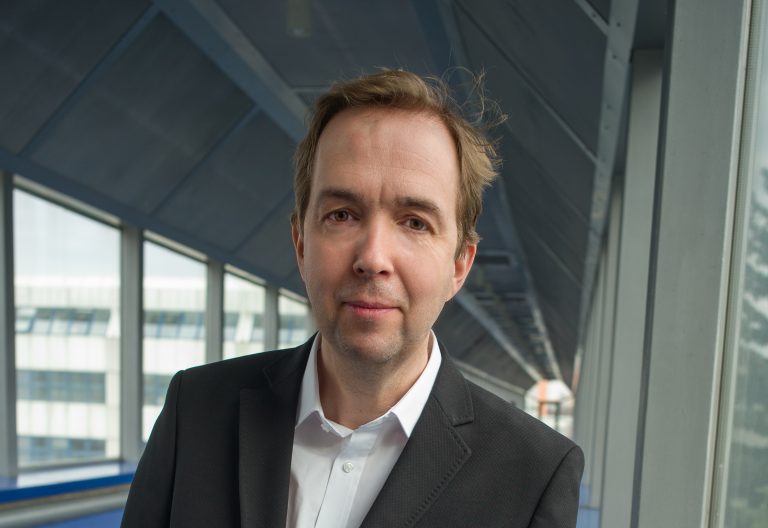 As its new resident conductor, Mikel Toms will add an interesting dimension to the Symphony Orchestra of India (SOI) and its chamber orchestra. A chat with the celebrated British conductor reveals his thoughts on his upcoming stint, backed by the belief that music should be a grand adventure of exploration. By Beverly Pereira

A new energy has descended upon the NCPA now that Mikel Toms will soon be assuming his position as resident conductor of the Symphony Orchestra of India (SOI). The British conductor visited Mumbai last month to commence the planning of a year-round programme of concerts of major repertoire with the SOI Chamber Orchestra. Having worked closely with the likes of the storied London Chamber Orchestra, among a host of some of the finest international ensembles, he will bring to the podium his experienced hand and unique personality when he returns to the NCPA more frequently from June onwards. “There is already a major programme of large-scale symphonic repertoire planned, and having a really in-depth year-round programme of chamber orchestra repertoire will consolidate the SOI’s work, add an extra dimension to the season and also raise its (already high) profile on an international scale,” says Toms, who reveals, in an email interview, that it is always interesting to start working with an orchestra for the first time.

The maestro as muse

The well-established artiste is sought after by arts institutions far and wide. For Toms too, the itinerant lifestyle that comes with being a skilled, personality-driven conductor is a given. It has only been a little over a month since he returned to his base in the town of Cheltenham, UK, from Hong Kong, where he had been invited to conduct Michael Nyman’s 75th birthday concert with the Hong Kong Philharmonic Orchestra. Toms was an obvious choice, really, owing to his familiarity with Nyman’s body of work. His 2009 recording of Nyman’s saxophone concerto Where the Bee Dances with the Royal Philharmonic Orchestra in London is notable. The conductor also travels very regularly to the “fantastically musical country of the Czech Republic”, where he records a huge variety of projects including classical music CDs, movie soundtracks and production library music with the City of Prague Philharmonic Orchestra and the Janáček Philharmonic Orchestra.

But it is, inarguably, his association with the Brno Philharmonic Orchestra that has really endured the passage of time. As its recording director, since 2005, his impactful performances, recordings and broadcasts with the orchestra can only be described as tremendous in terms of both intensity and number. These days, though, Toms no longer uses the title even as the two continue to deliver significantly provoking work. For example, the early months of 2019 yielded Unfinished Earth, an album based on the utterly relevant, nature-inspired works by American composer Douglas Knehans. More recently, Toms had collaborated with the ensemble to record a CD of Hawaiian-inspired pop music. Recording the occasional popular music project might seem unusual for someone who grew up listening to his mother’s old LPs of Strauss waltzes, The Carnival of the Animals by Saint-Saëns and Tchaikovsky’s The Nutcracker. Not for Toms, though, who believes that music should be a grand adventure of exploration. “Classical music got its hooks into me from an early age. When I was a little older, I became fascinated by the music of the 20th century and by contemporary music and so, for a large part of my career, I have had the great privilege of working with a number of living composers, some big names, some just starting out on their careers. Good music, though, is good music whatever the genre or period. I remember excitedly exploring all sorts of repertoire from medieval music to Mozart to experimental and avant-garde,” he says.

Born in 1968, Toms studied music at Oxford University. He remembers it being a beautiful place with wonderful facilities and teachers. “I learned a lot during the degree course. However, I learned most by working with my fellow students, many of whom were brilliant performers and composers and all of whom shared a passion for music. We were always looking at scores or putting on concerts or just sitting and listening to the latest recordings,” says Toms, who was president of the first Oxford Contemporary Music Festival and who conducted a complete performance of Messiaen’s Des canyons aux étoiles at the age of 20. He subsequently studied with Peter Eötvös as a member of the International Eötvös Institute Foundation, and attended the Darmstadt International Summer Courses for New Music.

Keen listeners of classical music will know that Toms’s body of work alludes to the fact that he is one of the finest young conductors of our time. But very few know that he is also engaged in music, and the arts, so to speak, via the medium of filmmaking. As a filmmaker, he has made a good number of documentary films about classical music and architecture, besides music and performance videos, artiste features, interviews and the occasional light comedy. “Music isn’t just an aural art form. It’s fascinating to watch, and the sounds in themselves conjure up images and landscapes. So it’s interesting to me to explore the interface between music and the visual arts.” He is also a brilliant writer who has contributed to reputed publications and is currently working on the last chapter of his book about music and travel. On his website, informative blog posts throw light on his musical experiences on the road and in the studio, while a scroll through his Twitter timeline reveals his signature wit.

As luck would have it

Over the years, Toms has recorded over 30 CDs for labels like Decca and Quartz, and the world premiere recording of Phillip Glass’s Saxophone Concerto for Sony BMG. His engagements have included that of creative director of classical music record label Quartz and of BPO Live, the official label of the Budapest Philharmonic Orchestra between 2004 and 2007. He has also extensively performed with the Oslo Sinfonietta, Ensemble Modern, New Prague Sinfonia, Uralsk Philharmonic Orchestra, Czech Film Orchestra, and Elision, Australia’s national contemporary music ensemble.

When he had worked with Marat Bisengaliev and his West Kazakhstan Philharmonic Orchestra a few years ago, little did he know that his performance would set the ball rolling for a future stint at the NCPA. “It was a rewarding experience and I think we both felt we worked well together. We have been in touch ever since and have followed each other’s work, and I was delighted that he approached me. I’m also really happy that several players from the Kazakh orchestra now play in the SOI, so it feels in many ways like a homecoming as well as a continuation of our previous work!”

When asked about his thoughts on the Western classical music scene in India, he says that there can be a sense that the music exists in relatively isolated pockets in India but the ‘dots’ are definitely being joined up. “I often come across individuals who are either incredibly well-informed listeners or fantastically talented performers or composers and this, especially through the work of the SOI’s education and outreach programme, is becoming increasingly common in India and Mumbai. It’s an exciting time to be involved in classical music in India and I feel lucky to be able to play a small role in that,” he signs off, adding that he is especially looking forward to working with the SOI musicians and putting the NCPA’s state-of-the-art recording faculties to good use.