I was born into a Bengali Zamindar family in Patna on the banks of the Ganges. Both sides of my family were immersed in the arts, particularly music. My father’s family included practitioners of Hindustani classical music, specifically Khayal and numbered among their gurus and friends the leading figures of the day such as Gyan Ghosh, Allaudin Khan, Ali Akbar Khan, Amir Khan, Ravi Shankar, Bahadur Khan and Begum Akhtar to name a few. In fact my paternal uncle Amit Mukerjee is one of India’s leading Hindustani vocalists of the Indore Gharana. My mother is a classically trained Western pianist and studied with William Lloyd-Webber and Christopher Fry. So I suppose I had no choice in the matter really as the seeds were sown at a very early age indeed.

Music was always in the house and my mother told me that I was born singing in the cradle. The record player was always on in the house and I listened to a wide variety of music including thumris, ghazals, jazz standards and classic Hindi and Western pop of the 40s, 50s and 60s, my moter’s playing of Chopin, Debussy and Ravel had a profound effect on me as was her exposing me to the music of the Golden Age of Hollywood and Broadway. I was always humming tunes growing up and took piano lessons but it wasn’t till the age of 13 that I discovered quite by chance that I had an operatic voice. From then on there was no turning back.

When and why did you decide on a career in the Classical music world?

After completing my formal education at Delhi and Cambridge Universities, I decided that rather than pursue an academic career in science, which I still have a huge interest in, I wanted to become an opera singer. That was at the age of 22.

The reason for my taking the plunge was firstly because of an all consuming passion for music, specifically Romantic Italian opera and secondly because I knew instinctively that I possessed the raw material for such a career.

Not easy! Having a voice is one thing. Making a career out of it is quite another. Despite having a unique voice type which is an inherent advantage, i.e. an Italianate lirico-spinto tenor, there were many disadvantages and hurdles I faced. My Indian citizenship and the challenges it posed in order to be able to remain in the West and get the requisite funding to acquire proper training and then make the first steps in the profession was probably the biggest challenge I faced. Secondly, with my not being at a conservatoire, a number of professional channels were not open to me and as a result I wasn’t able to secure a quicker and easier route into the profession. Lastly, with my interest lying primarily in the Italian bel-canto Romantic tradition, my voice took several years to develop and mature in order to undertake the very demanding roles in this particular operatic genre. However, with the benefit of hindsight I can appreciate the struggles that I encountered as they all served to deepen and mature my art and personality and strengthen my resolve. Had it come too easily and too soon, I probably wouldn’t have been able to perform with the degree of passion or authenticity I now can, nor would I have appreciated the success that I now enjoy as much.

Your favorite composer and piece of music?

Very difficult to say as there are so many to choose from. If I had to chose one it would have to be Rachmaninoff, not only for the virtuosity of his writing but his mastery of orchestration as well as sublime melodic sensibility. Again to choose my favourite piece of music is not an easy choice as I have so many. But one which I which nourishes my soul every time I hear it is Debussy’s “Prélude à l’après-midi d’un faune” , i.e. the Prelude to the Afternoon of the Faun.

When did you last perform in India?

The last time was actually quite recently in Bombay with the Symphony Orchestra of India’s Chamber Ensemble at the Prithvi Theatre and the NCPA Experimental Theatre in December 2015.

Your advice for young Indians planning on pursuing this career path?

Follow your dream. Never give up or let what others say dissuade you from your ambition. Never pay attention to critics unless it is genuinely constructive, so be discerning. Stay true to your instincts. There is no prescribed route despite assertions to the contrary. Remember always the joy and pleasure you get out of making music which is why you first decided to make it your career – that’ll keep you going. Believe in yourself and have faith in the nobility of your art and a higher purpose that you serve through your music. Lastly, always remember that your making music is a vocation and not a profession – this will keep you grounded and not frustrated when times get tough. Even if you never become famous or rich if with your music you’re able to feel alive and make others feel joy, that’s the greatest reward you could possibly desire.

What changes in India do you hope for in the future?

The Western music scene in India has changed dramatically since when I began. Social networking and the effect of economic liberalisation has had a profound effect on every section of society. A new generation of Indians have emerged who’ve been educated abroad in leading conservatoires and schools and have returned to India to perform. This is a great deal to be thankful for.

The changes I’m hoping for and am optimistic about are increasing the involvement of the Public and Private sector in India for the funding and supporting of building Concert Halls & Opera Houses, home grown orchestras and choirs, educational outreach to the public of all ages and backgrounds and establishing Western music with a uniquely indigenous Indian narrative so that it can become a cultural pillar of our society and an example to the world much in the same way as we have in China, Japan and Korea. This will debunk the erroneous notion that Western music is foreign to the Indian experience, as so eloquently and profoundly put by Tagore who said that “Music was the universal language of Mankind”. 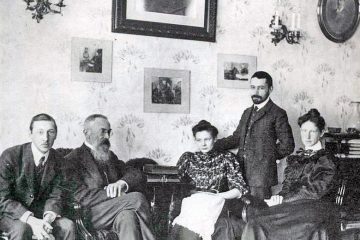 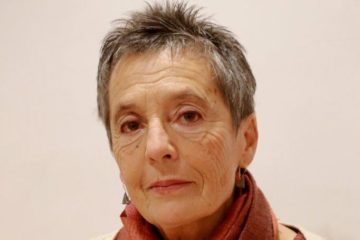